Beans: All Together Now [Album Review] 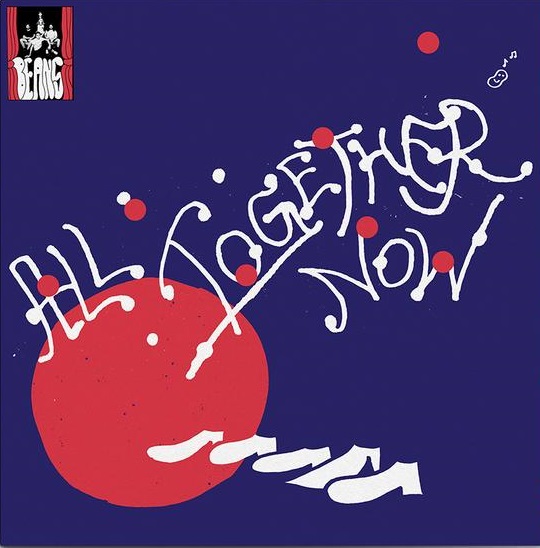 Beans
All Together Now
Flightless Records [2020]

All Together Now is the Geelong-based quintet Beans (formally Baked Beans) follow up to their 2018 debut record Babble. The group has taken their already organ driven psych rock and perfected the formula as All Together Now is bigger, more addictive and dives deeper into the nostalgia of classic rock.

Beans succeed because they absolutely play and sound like Electric Light Orchestra meets Slade is their total purpose in life as they do not just dip their feet in the water but dive head first into the 70’s. It’s not a gimmick as their groove is both believable and well executed. The fiery guitar work that plays opposite the organ during “Repeat” is phenomenal as the slightly reverbed vocals keep the song in order. The opening track “Montgomery” is another great example how Beans work their guitar, organ and melodies into a classic frenzy as the song’s last third contains an excellent jam session. “Stride” is the longest song on the album, as it almost hits 6 minutes and it is the most prog bearing track that brings back big rock memories of Todd Rundgren’s Utopia and hits several harmonies like The Alan Parsons Project. It is one thing to imitate but another level to give this classic psych rock sound flare in 2020.

The musical dimension tightrope that Beans walk on All Together Now is very fine. The foot tapping “Avalon Speedway” sounds modern with its King Gizzard like pulse even when the band is jamming hard on the organ. “Street Troll” appears near the end of the record and it is much more sinister with its forceful echoing vocals and heavier rock riffs. This closing intensity continues right to the end with “Lay It Out” which gives All Together Now its concluding place mark.

Overall, this is an album that will probably be lost on the younger audience. They just won’t get it because this was the norm back in the 70’s and I feel the youth of today can’t appreciate how well Beans nail the sound on All Together Now. It is a solid record of classic psych rock that is full of precision organ and guitar that can win anyone over with just one spin. If you lived the era or are simply interested, Beans will take you down a rabbit hole that you can spend lots of time in and that’s what makes All Together Now a quality find.