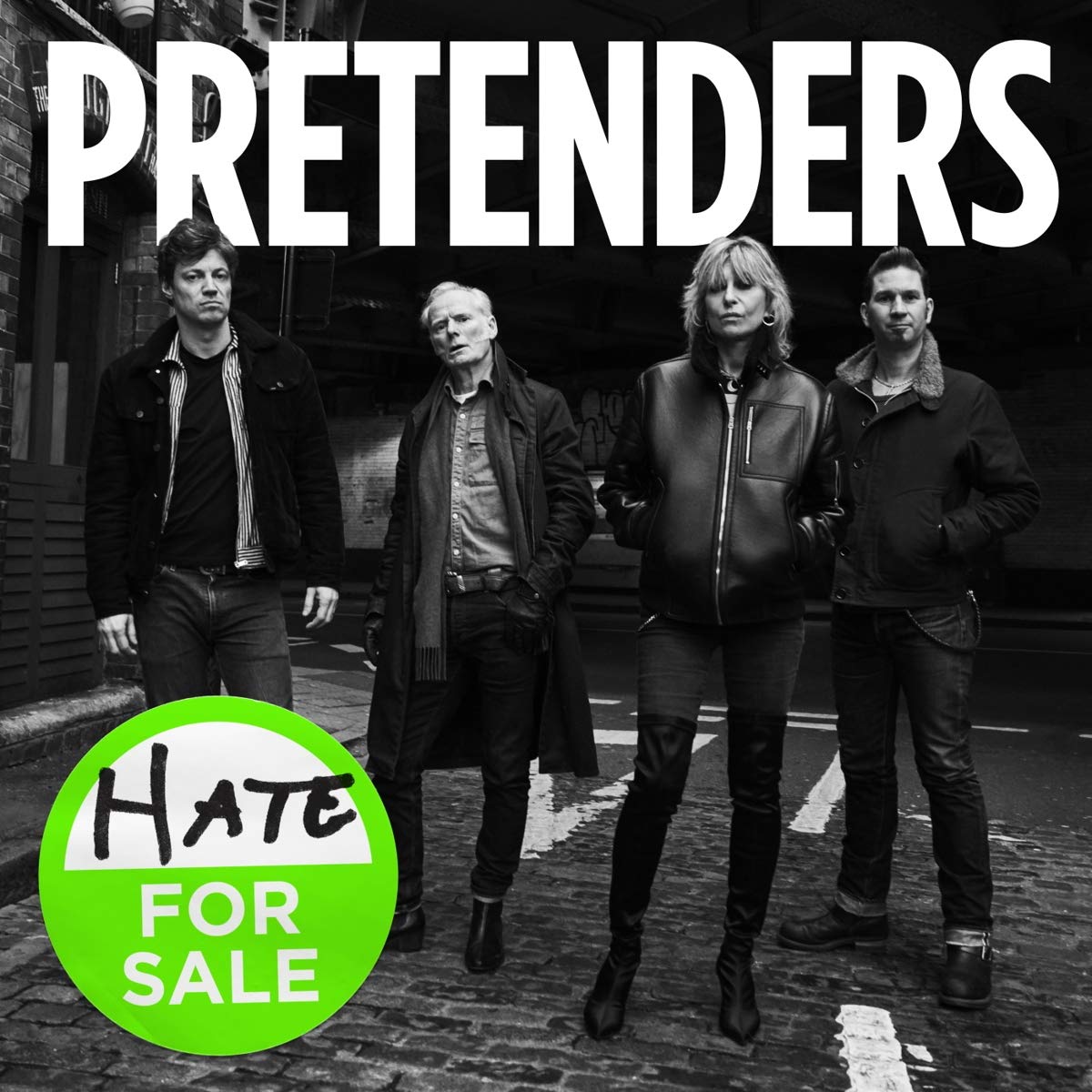 Like many of the innovative, influential women artists who carved out a name for themselves in the early days of modern rock & roll music – Sister Rosetta Tharpe, Nina Simone, Janis Joplin, Grace Slick, Joni Mitchell, Linda Ronstadt, Joan Jett – Chrissie Hynde is practically a force of nature unto herself. As she sang in the first big hit from her band, The Pretenders’ self-titled debut in 1980, “Brass In Pocket,” “I’m special, so special.” In the years since that breakout performance, Hynde has endured the tragedy of the drug related deaths of two of the band’s original quartet, managed to rack up a bevy of airplay hits – enough to fill a best of album of The Singles, – while making ten studio albums that maintained a recognizable band sound with an ever-revolving door of support players, which at one time included both Johnny Marr and Andy Rourke of The Smiths, with a couple solo albums thrown in for good measure.

Of course, the reason that has worked for so long, as she prepares to take the band into their fifth decades, is Hynde’s distinctive vocal presence and the unrelenting attitude and confidence she brings to live performances. In fact, for all intents and purposes, the band’s 2016 release, Alone, was a solo album, with her producer Dan Auerbach of the Black Keys playing most of the guitars, and all the rest supplied by studio players. But this year, for Hate For Sale, Hynde and producer Stephen Street, emphasized the actual band that has been playing live with Hynde since 2012, which includes original Pretenders’ drummer Martin Chambers, guitarist James Walbourne who joined up in ’08, Nick Wilkinson on bass, and Carwyn Ellis on keys, the most recent Pretender. This is actually the first album to include Chambers since 2002’s Loose Screw.

This new album, number 11, benefits nicely from the chemistry built up over years of touring together, and the fact that Hynde wrote the album’s entire 10 tracks with guitarist Walbourne, who’s strong musical contributions can be felt throughout. And it doesn’t hurt that Street leaves the band’s false start for the opening title track to be heard before Chambers counts out 4 with his drumsticks, insuring the impression of a live band playing together in the studio. And it doesn’t hurt that the title track is built on a fast hard rocking blues riff that’s the perfect vehicle for Hynde’s lyrics taking down the “arrogant, idle” guy with “Money in the bank and coke in his pocket/Porn all day, wanks like a rocket.” Walbourne’s musical vocabulary matches Hynde’s encyclopedia of rock dexterity, on the reggae rooted rocker, “Lightning Man,” and the Bo Diddley shuffle of “Didn’t Want to Be This Lonely.” And while they’ve stacked the deck with plenty of lean, mean rock & roll which plays to Hynde harder side, like “Turf Accountant Daddy,” “I Didn’t Know When to Stop,” which like the title track features a bluesy harmonica, and “Maybe Love Is In NYC,” which has Walbourne playing opening rock chords that echo the classic intro of Blue Oyster Cult’s “Don’t Fear the Reaper,” something Springsteen also nicked for his song “Radio Nowhere.”

But Hynde and Walbourne are willing to touch all the bases that play to her vocal strengths, included some of the band’s strongest pop-oriented singles in years, “The Buzz” and a soulful rock ballad in “You Can’t Hurt a Fool,” where Hynde delivers one of her strongest sung vocals in a long, long time. The record closes with a piano ballad, and taps Hynde’s softer, emotional side, on “Crying In Public,” where she acknowledges that a “woman in love is a delicate thing.” It’s hard to imagine a record this far away from those early groundbreaking albums by the Pretenders that more fully captures what made the band great to begin with, so clearly Walbourne and company have figured out how to bring out the best in Chrissie Hynde.