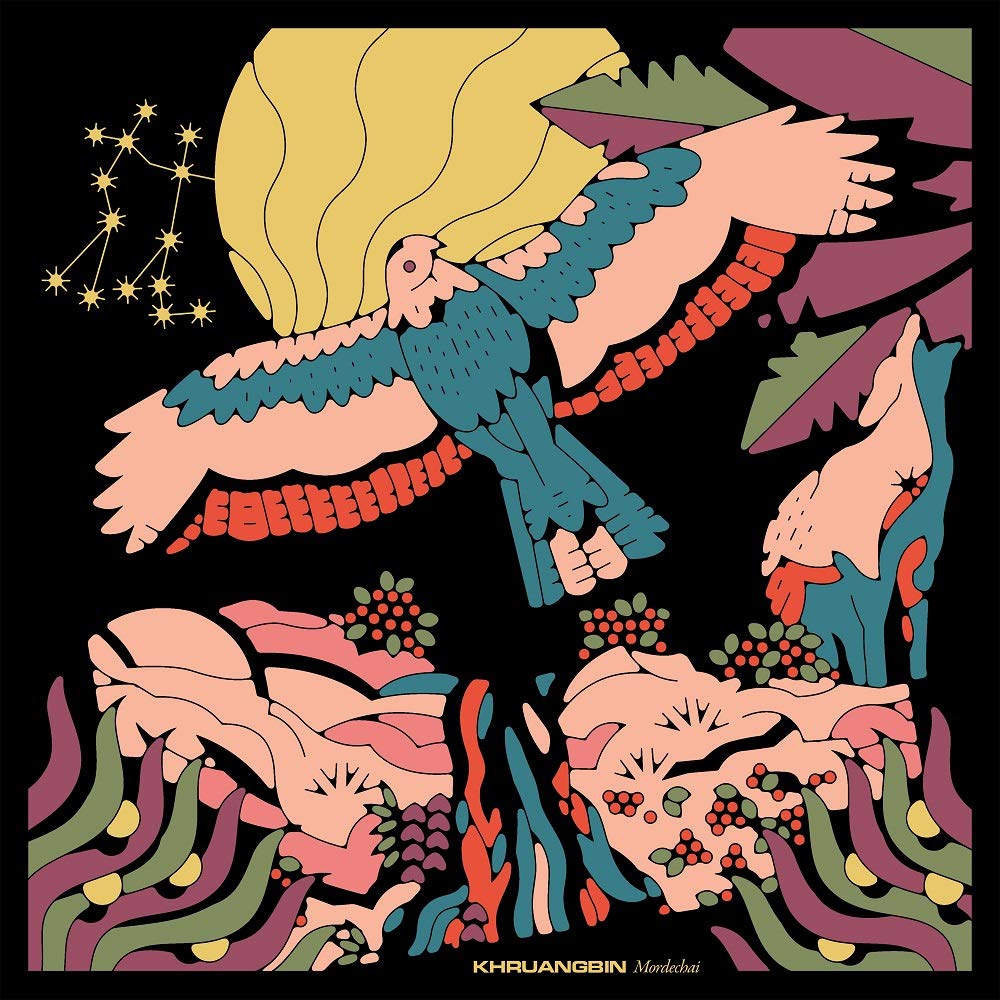 Khruangbin is the Houston-based group comprised of Laura Lee Ochoa (bass), Mark Speer (guitar), and Donald “DJ” Johnson (drums) and their third record, Mordechai, is easily one of the most chill party albums of 2020. Once again, the group brings their blended sounds of East Asian surf-rock, Persian funk, and Jamaican dub. But this time, the band dedicates more time to featuring vocals on almost every track, which is a new avenue for the group because on previous LPs they have been mostly an instrumental band.

The vocal aspect of this album feels like a natural continuation from their joint effort with retro-soul talent Leon Bridges on the excellent four-song EP Texas Sun released earlier this year. Using the vocals as another instrument, Khruangbin can maintain a much more upbeat atmosphere as Mordechai is the perfect album to put on to entertain. Khruangbin’s swaying beats on the Spanish-sung “Pelota” finds the band creating their version of the Flamenco dance, while the ultra catchy and cool “Time (You And I)” is a classic sounding funk track brought forward to present day. These type of timeless compositions give Mordechai a high replay value and find Khruangbin with their most confident swagger to date.

What I really like about Mordechai is how Khruangbin is not afraid to take some chances. The spoken word dialogue in “Connaissais de Face” is completely compelling while the guitar Afro-pop during “So We Don’t Forget,” stands out and elevates this track to that same calm foot tapping momentum that can be found throughout this album. Mordechai is an album that you need to easily listen to more than once before you form an opinion. This is one of those albums that just never leaves your rotation and even though at some point you might forget about it, you will quickly remember once one of these memorable songs comes on. The tracks here will blend in perfectly with whatever else you have in your current playlist. Khruangbin continues to be a group to watch and Mordechai only makes me more excited for the day when live shows return because this is a band that is on the must see list.