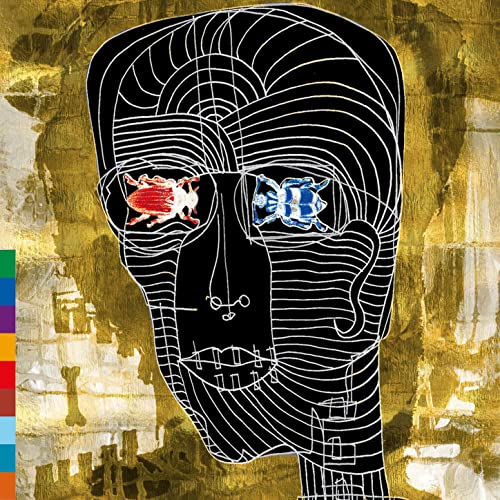 In 2000, the T Bone Burnett and Rick Will co-produced sophomore album from folk rock singer songwriter Joseph Arthur on the relatively new Real World label, created to give Peter Gabriel an outlet to expose folk to many of his world music favorites. In that regard, Arthur was a bit of an anomaly, being cut from the folk/rock clothe of the modern music world. The album generated modest college and alternative airplay of the album’s single, “In the Sun,” but grew in influence over the years when used as a soundtrack for a particularly consequential scene in the TV sit-com, “Scrubs,” and then was covered as a duet by Michael Stipe of R.E.M. and Chris Martin of Coldplay for a Katrina Benefit album. Still, curiously enough, “Entertainment Weekly” magazine picked it as album of the year in 2000.

While always in the mix with very interesting people, Arthur’s career never really had that major hit moment, likely inhibited by some addiction issues and other emotional challenges in his personal life. Besides producing 15 studio albums, including last year’s, Come Back World, Arthur was part of a folk “supergroup” with Ben Harper and Dhani Harrison (George’s son) in 2010 called Fistful of Mercy, and in 2018 collaborated on an album with Peter Buck of R.E.M., under the creative title, Arthur Buck.

Beyond introducing a new generation to this “classic” album, the real interest for long time fans will be the two additional discs of outtakes that haven’t serviced until their inclusion here on the second disc, titled “Heavy Bullets.” The single, “California” has already made the rounds, it’s a solid folk song offering, displaying some of Arthur’s best songwriting instincts, a curious mix of personal expression and topical awareness. The disc includes early demos of “In the Sun” and “Exhausted,” that reveal the rougher side of his craft. The remaining ten tracks were early songs that got lost to us in the Real World vaults until now. The sounds here vary from the intimate ballad “The Other Side,” with only finger picked acoustic guitar and vocal harmonies, and more traditional folk songs in the CSN tradition like “40 Days & Nights” and “Frozen Girl.” Meanwhile, we hear Arthur’s noisier rock side on high energy garage rockers like “Ask the Dust,” “Freeze You Out,” and “In the Distance.”

The 3rd disc, “Live at the Gypsy Tea Room” features Arthur in concert with his acoustic guitar and a some supportive synthesizer/keyboards, recorded in the Dallas club the summer after the album’s release. Four of the seven songs captured, come from the album, often extending them with a touch of psychedelic, trance-like flair, while three are more of those “lost songs,” the standout being “I Donated Myself to the Mexican Army.” Arthur’s unique willingness to pour his personal story, spiritual quests, and topical observations into his songs continue to attract new fans, and both those long-time fans and those new to this fine studio album with all these exotic extras offer a vibrant example of his compelling talent.