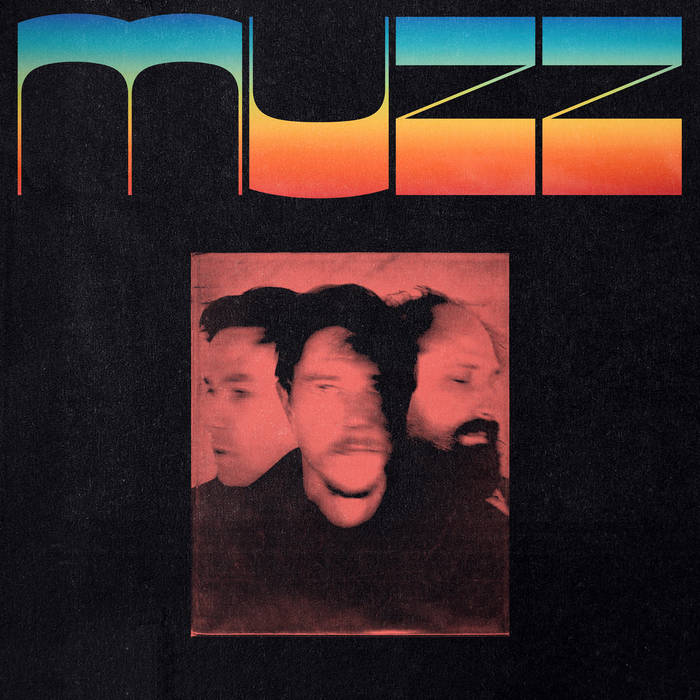 According the dictionary, “muzz” is a transitive verb which is British slang that means “to confuse” someone, or make them muzzy, which suggests that someone might be ill or drunk, while to make a picture “muzzy” means it’s unclear or out of focus. Which makes it a curious choice for a band name for this side project of Interpol’s Paul Banks, with long-time friends Matt Barrick (drummer with Jonathan Fire*Eater and Fleet Foxes’ touring band) and multi-instrumentalist Josh Kaufman, who has worked as a producer and side-man for a variety of folk, from Josh Ritter, to The Dead’s Bob Weir, and Craig Finn of The Hold Steady. While some are throwing the word “supergroup” around, this self-titled band debut feels more like a warm collaboration of friends than some big, splashy star-turn.

While Banks’ familiar baritone voices recalls his work with his main band, sharing the writing with Kaufman and Barrick, Muzz’ 12 tracks tend toward mid-tempo folk rock with instrumental enhancements that lean toward lush, gently melodic ruminations. So many of these tracks settle into moody, folk songs with only the gentle intrusions of Kaufman’s horn arrangements, pedal steel guitar, and other nuanced contributions, that the bolder rocker, “How Many Days” stands out as a profound change of pace from the more exemplary opening track “Bad Feeling,” which takes its shape from a simply picked guitar line, and the tender ballad of “Trinidad” that closes the set.

There is a warm melodic feel throughout, carried on Bank’s voice, and in the textured musical beds constructed around the basic folk song center, often punctuated by the ringing guitars of Kaufman in tracks like “Evergreen” and “Everything Like It Used to Be.” The result is a solid, even appealing musical collection, that feels good while listening, due largely to its smartly imagined arrangements and psychedelic leanings but it ultimately fails to make a lasting impression. A lot of it feels familiar, but the dark tones and ruminating moodiness of the tracks tends to have worn off all the rough edges that give you something to hold on to, making the tracks run together, the whole somehow less compelling than its parts, leaving no specific feeling or lyrical idea to hang on to and make you want to return.