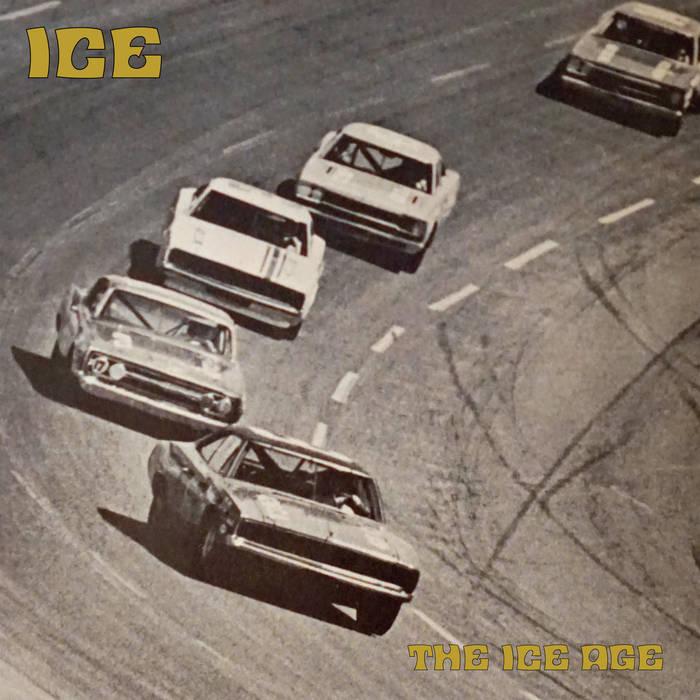 In 2015 Riding Easy Records released the first volume in their Brown Acid series (compiled by Riding Easy’s Daniel Hall and Permanent Records owner Lance Baressi), which collects rare and unreleased tracks from the “underground comedown,” roughly defined as “after the first wave of psychedelia and before the emergence of punk.” The bands that appear on the now ten (and counting) volumes of the series had largely moved beyond The Beatles, The Stones, and The Who as influences and were testing out the new, heavier sound they heard on Led Zeppelin, Black Sabbath, and Deep Purple records.

One such band was ICE, a five-piece band hailing from Indianapolis. Headed up by lead vocalist and songwriter Jim Lee, the band opened for nationally-touring acts but only managed to release a single 45 in 1972 on Toya Records under the name Zukus before disappearing into the historical ether. But that’s not where their story ends: while researching their track “Running High” for Brown Acid: The Ninth Trip, it was discovered that the band had recorded an entire album in Chicago in 1970 that had gone unreleased except for the two tracks on the Zukus’ single. That album, The Ice Age, is a stellar lost gem of an album that brings together many influences and reworks them into a unique blend.

The band’s sound rides the line between west coast-influenced psych and heavier, hard rock riffage. Jim Lee’s voice often sounds like a Midwestern John Fogerty—less twang, more grit—and there’s plenty of guitar/organ dueling to be found amongst its ten tracks. Opener “Gypsy” is a real highlight, with a Byrds-style twelve-string guitar line backed by a heavier rhythm section and Lee’s melodic vocals. “Running High,” the track that appeared on Brown Acid, is a bluesy Deep Purplish hard rocker with loads of great guitar work, both on the solos as well as the little fills in the verses. Elsewhere there are touches of melancholy psychedelia, like on side two opener “I Can See Her Flying,” which has an almost jazzy feel with guitar and organ interplay. Its another track where the Byrds influence is felt, but more Chris Hillman and Gene Clark than Roger McGuinn or David Crosby. “Catch You” also has some psych vibes with multiple electric piano solos and a descending chord progression that calls to mind “Dear Prudence” as well as The Zombies. “He Rides Among The Clouds” is another outlier, with its fantasy-influenced lyrics and vocals that are reminiscent of Robert Plant in quieter Led Zep III mode.

Ultimately, The Ice Age is a record that deserves to be heard. The heavy riffs work on a visceral level, but there are numerous little details that reward repeated listens: subtle percussion touches here, background vocal harmonies there, and changes of pace in between. Despite the fifty-year wait, its finally available for the world to hear. As the Brown Acid series chugs along, here’s hoping there are other high-quality albums like this one waiting to be discovered hidden away on someone’s shelf.