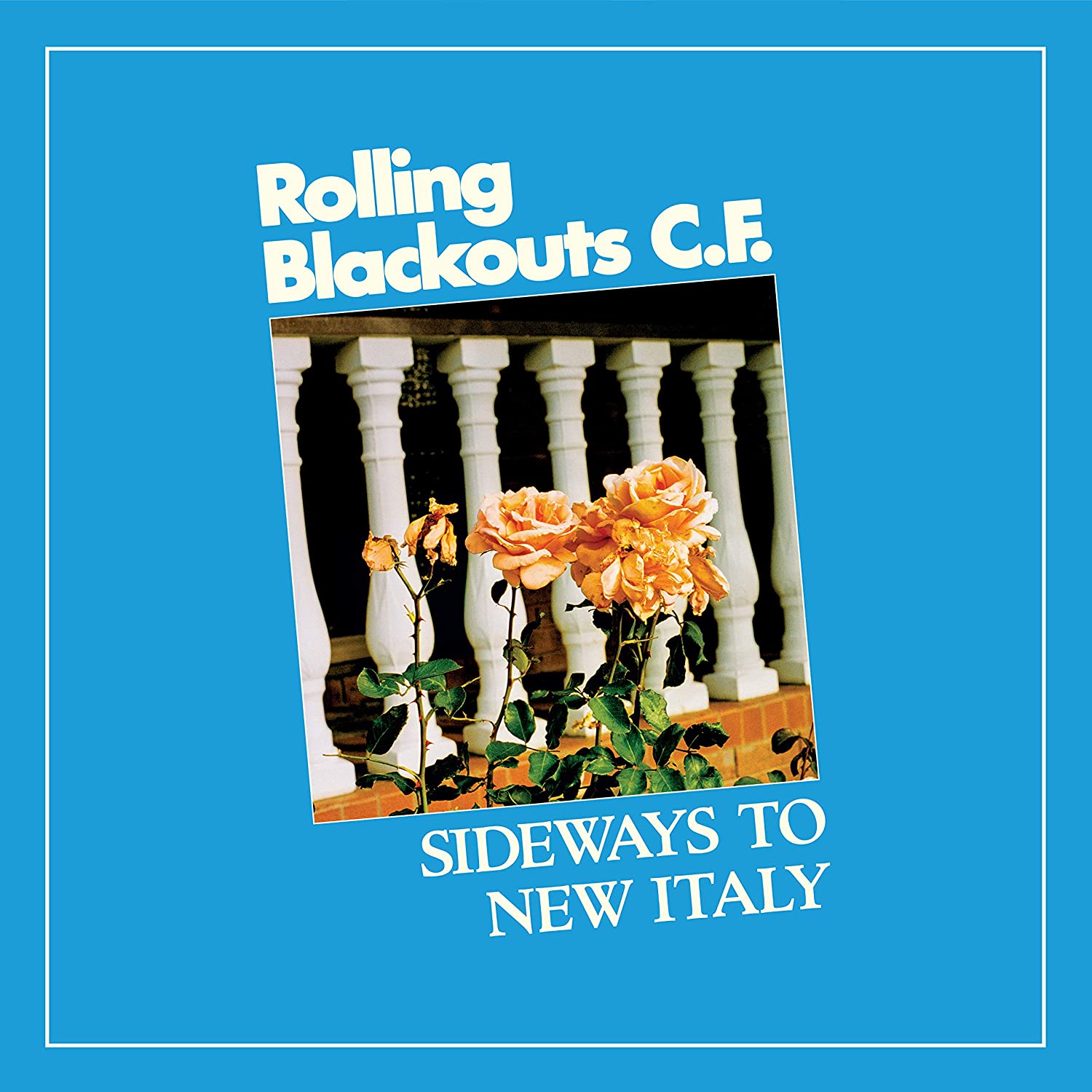 Avoiding the sophomore album slump is a monumental task for any group that had a successful debut like Melbourne-based band Rolling Blackouts Coastal Fever. Hope Downs (2018) had the college jangle at times like R.E.M., which then combined with the raw rock of The Replacements. This guitar indie rock was a breathe of fresh air two years ago.

Now fast-forward to 2020 and RBCF’s new record, Sideways To New Italy (named after the village New Italy near New South Wales’s Northern Rivers) finds the band pulling back to their roots for inspiration as “home” is where their emotion comes from. It is great idea as the band spent so much time on the road pushing behind their solid debut and now this concept is even more connectable with just about everyone in the world getting plenty of time to contemplate what home means to them.

The good news is that Rolling Blackouts Coastal Fever deliver another solid batch of song writing and guitar driven indie rock on Sideways To New Italy that the album becomes hard to put away. Simple topics, such as love, rule this album as the catchy “She’s There” and “The Only One” both are a positive rush. The bristling layered guitar work that floats in the background of Sideways is incredible and makes certain tracks such as “Cameo,” “Not Tonight” and “The Second Of The First” completely stand out.

Each song here from RBCF has what I think now is their staple melodic approach and each one of them are executed with such optimism that you want more. Could this reaction be a sign of times? Sure, but lately it seems this sort of heartfelt hopefulness is hard to find and Rolling Blackouts Coastal Fever are successful bottling it up for you in a 40 minute package. Especially on album closer, “The Cool Change,” when they harmonize “when you lay me down sweet and slow, my heart won’t fight it!,” it is easy to be transcended to a place that is not impacted by disease or racial tension. That place may not exist in real life but RBCF’s music is a perfect indie guitar pause from reality that only gets better after you hit repeat!

Artists With Similar Fire: Real Estate / The Police / You Am I