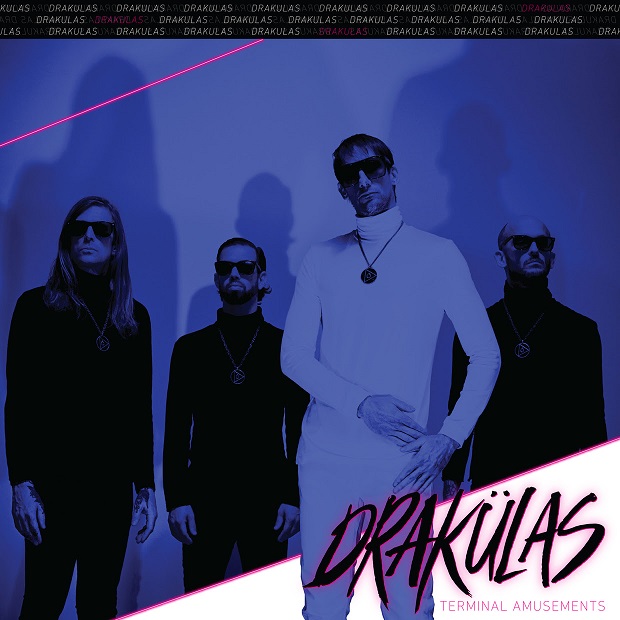 Drakulas, is an art-rock quartet from Austin, TX, that just recently released their sophomore full length Terminal Amusements. The group is made up of several experienced members with frontman Mike Wiebe (Riverboat Gamblers, High Tension Wires), guitarist Zach Blair (Rise Against, Hagfish) and a cast of Texas musicians including bassist Rob Marchant and drummer Ian Walling from Riverboat Gamblers as well as Mark Ryan (The Marked Men, Mind Spiders). The Drakulas members resumes speak for themselves but after pushing play on Terminal Amusements you know you just played the right record.

Terminal Amusements is a rocking proto-punk garage scorcher that never takes a breath and Drakulas will bring back memories of bands like The Dickies, Dead Boys, Supersuckers and The Makers. Drakulas morphs all those styles of punk and makes their own groove with catchy riffs, memorable vocal call outs and plenty of big rock moments nicely packaged in electric bursts.

Terminal Amusements was produced by Stuart Sikes (The White Stripes, Rocket From The Crypt) which was a perfect fit as he has channeled an energy like Drakulas before. It shows, as this album is a seamless kick ass ride of quality punk. The new wave undertones also give this record the modern flare and a stand out quality which separates it from other punk records out today. Overall, if you like hooks you can remember and swift Ramones like punches, Drakulas just might be your best discovery in 2020.