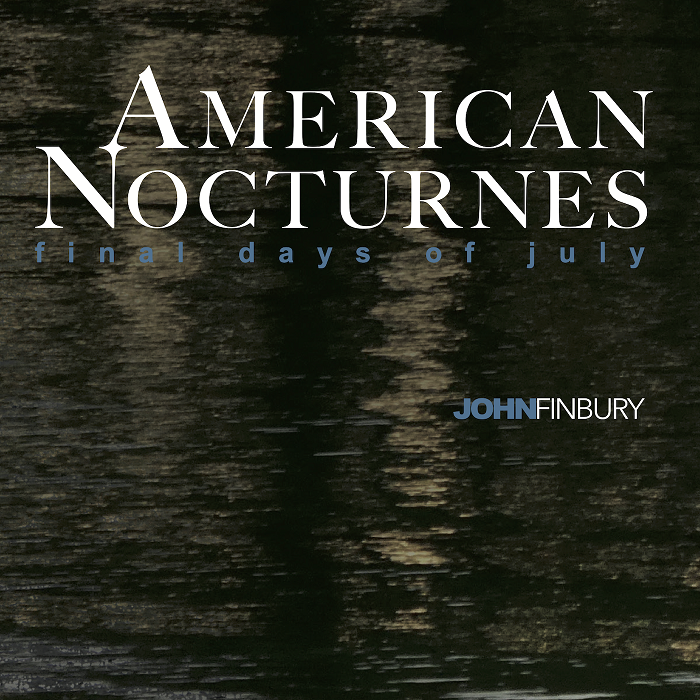 This one comes with an admission that age has changed my musical tastes. In my teen years and college days I studied while listening to classic rock and The Clash, but here as I enter my 7th decade I can’t read or write if I’m listening to a great rock favorite, at least not if I hope to get something accomplished. Sometimes you need a quieter, soothing musical selection to accompany your need to get things done, or just to rest your weary mind, and I have found the latest collection from composer John Finbury to be perfect in that regard.

Finbury played drums in a rock band in his high school days, and studied classical piano, music theory and composition in college, but followed another vocational path while maintaining his interest in music until inspired later in life to write serious music. Never actually visiting Brazil, Finbury has had surprising success with a series of Brazilian Jazz compositions and collaborations with vocalist Marcella Camargo, and several members of Paquito D’Rivera’s band and other Boston area musicians, with his 2016 track “A Chama Verde” getting nominated for a Latin Grammy as “Song of the Year.” In 2019, he released his album, “Sorte!” with Brazilian singer/songwriter Thalma de Freitas which has been nominated for a Best Latin Jazz Album Grammy.

For American Nocturnes; Final Days of July, Finbury has crafted chamber jazz compositions with his own country in mind, and as the title suggests these are dreamy, romantic pieces evocative of a late summer’s evening for piano and cello, along with uniquely American instruments like the guitar and harmonica, as well as accordion. Finbury’s smart mix of chamber musicians – pianist Tim Ray and cellist Eugene Friesen, with harmonica player Roni Eytan on four tracks, and two accordion players trading off, Roberto Cassan and Vitor Goncalves, provides an elegant melodic structures, while leaving room here and there for the players to stretch out and improvise. The piano and cello set the stage throughout, and guitarist Claudio Ragazzi shines on the five tracks he contributes to, especially “Winter Waltz,” “Halfway There” and “My Hometown.”

“I’ll Pray For You,” written as a gospel lament in response to Finbury’s mother’s death, tends to take advantage of the deep emotional resonance in the cello, while the harmonica and piano echo some familiar gospel song melodies. Finbury has suggested that the title track is his own “Shenandoah,” while “Waltz for Patty,” written for his wife, recalls popular melodies drawn from the Great American Songbook and drawing on the jazz tradition. It’s a lovely collection of light jazz, somber at times, uplifting at others, but true to the artist’s intentions expressed in the title American Nocturnes.

Gleemer: Down Through [Album Review]