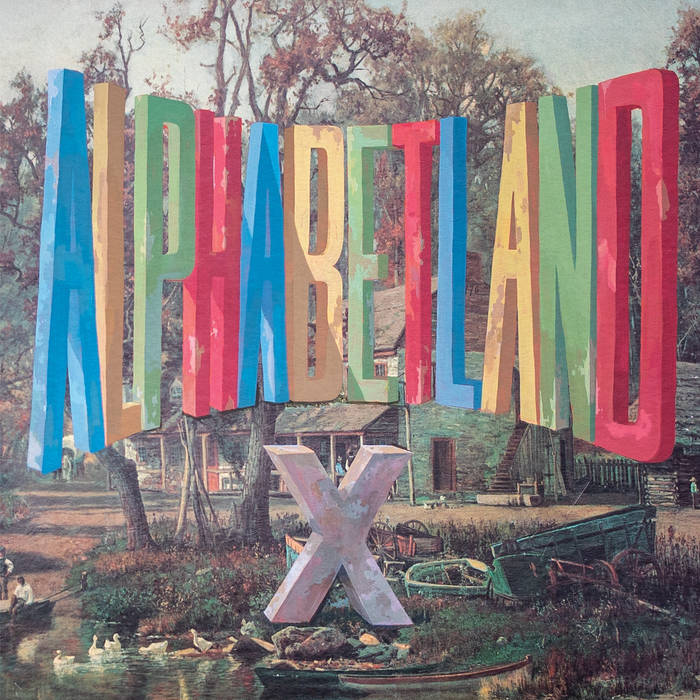 Of the bands that came out of the L.A. scene in the late 70’s and early 80’s, I tend to connect X with those bands that had a strong roots music connection that fueled their creativity. X arrived on the punk scene playing hard, fast sounds, sparked by the unique chemistry of singers Exene Cervenka and John Doe, the rockabilly influenced guitar playing of Billy Zoom, and the unrelenting punch of drummer D.J. Bonebrake, who bassist Doe described to Zoom as one who “played a parade snare and hit it hard as a hammer.” The off-kilter harmonies of Cervenka and Doe, along with Zoom’s guitar playing gave the band a sound that stood out, and the two singers wrote lyrics that chronicled the darker street lives of their times, in poetic lyrics that was often compared to the writing of Raymond Chandler and Charles Bukowski. The original quartet produced an album a year from 1980 to ’83, all considered classics: Los Angeles, Wild Gift, Under the Big Sun, and More Fun In the New World. While the band was profoundly influential in the L.A. scene, and toured punk clubs, they failed to breakout commercially nation-wide, even when they covered “Wild Thing,” to appear in the movie, “Major League,” which was released as a single. Zoom made one more album with the group hoping to see the band land a major hit, and left when ’85’s Ain’t Love Grand failed to deliver.

By then, Doe and Cervenka, who had married in ’80, were divorced, they hired Dave Alvin formerly of The Blasters and Tony Gilkyson formerly of Lone Justice joined up for an album each, but by ’87 the band had gone on hiatus. John Doe has had a prolific solo career, in the decades since, releasing 11 solo albums including the most recent, 2016’s Westerner, playing roles in movies and TV, and co-authored a book on the L.A. punk scene from ’77 to ’83 with Tom DeSavia, also released in 2016. Cervenka’s career has been more controversial, a poet who’s performed with Henry Rollins, sang in bands with Lydia Lunch, spouted off on a variety of conspiracy theories, was treated for M.S. and then reported being misdiagnosed, and produced a handful of solo albums. Zoom, a multi-instrumentalist that also plays sax, flute, clarinet, and a variety of stringed instruments, opened a music store, and Bonebrake has toured with the lots of X off-shoots, including the Knitters and The Flesh Eaters, but has his own groups that play jazz and Afro-Cuban and Latin music. There have been numerous attempts at an X reunion over the years, including the 1993 release, Hey Zeus, and but the band has been consistently touring and playing festivals since 2004, but they have limited their setlists to the early albums and until now fought off the urge to write and perform new X music.

Alphabetland is the first album of new music from the four original members of X in 35 years, but it feels as vital, punchy and hard-rocking as those early classic albums. With the exception of two songs that dip back into the band’s past, there are 8 solid new punk tracks here, written in the last 18 months, all brimming with the snap, stomp and punch of the rhythm section and the twin vocals of Cervenka and Doe, spitting with invective, singing with spirit. Stories surfaced in 2019, that the band had been in the studio the previous fall with producer Rob Schnaph, who had recorded them from the mixing board on their 2011 tour opening for Pearl Jam, which became their kickstarter album in 2018: X — Live In Latin America. Those sessions laid the groundwork for 5 songs, and then early in 2020 they were back in the studio, with the release on Fat Possum scheduled for August or September. With the mixes complete, and the future uncertain for when factories might be able to press vinyl or CD’s, the band decided to offer a digital only release of the album on bandcamp.com, with the promise of solid products available at some point in the future. Turns out the release last week, was the 40th anniversary of the release of the band’s debut album, Los Angeles.

The title track opens with all the piss and vinegar you’d expect. In fact for a band with the average age of its members leaning toward the late 60’s, X lays it down with the conviction and authority of someone who knows what they’re doing, but with a youthful energy and spunk that belies their actual ages. All but one song come in at under 3 minutes, everything is delivered with conviction and purpose, there’s no fat or filler. Bonebrake and Doe lay down fast, steady beats, Zoom’s guitar parts build on the melodies from the singers, tearing a fitting hole in the ceiling in “Free,” and bearing down fully on his rockabilly leanings in “Water & Wine,” while in “Strange Life” he leans into modern rock sounds.

Song-wise, tracks with titles like “Free,” “Strange Life” and “I Gotta Fever” all speak to the world, much the way they once did with titles like “The World’s a Mess, It’s In My Kiss” and “We’re Desperate.” In “Star Chambered” Cervenka and Doe trade off spitting verses back and forth, describing the life of someone who’s lived hard and been put up wet: “I coulda been things I don’t remember, a double-crossing wife, I was in another life, I’ve been married once or twice,” she sings. He adds, “I played sixteen bars and what did I get? Another town over and covered in sweat, almost run over, with another hangover and drunker in debt.” In “Angel On the Road,” Exene seems to long for something better than her life singing for her supper on the road, “wish I was someone else, someone I don’t even know, wish I was somewhere else, making angels in the snow.”

The two older tracks were released as a single last year. “Delta 88 Nightmare” is a really fast 90 minute punk rocker that was previously recorded only as a demo and released on a re-issue as a bonus track. The band had recorded “Cyrano DeBerger’s Back” on the post Zoom release. Here they give the playful old school rocker a shuffle take on the mythic story, so Zoom displays his saxophone skills on this new take. The album closes with “All the Time in the World,” with Cervenka reading an original poem over some light jazz piano, also played by Zoom.

After 35 years, and with most of the last 15 years focused on music from that distant past, it was hard not to come to new music by X with lofty expectations. And the beautiful thing here is that X didn’t try to do something big, something different, something “worth the wait.” Instead, the four players and Schnaph locked in on the thing that worked for X all those decades ago, the songwriting, the energy, the storytelling, the fun, and just gave us 8 more songs in that rich, rooted tradition. It’s pretty simple really.