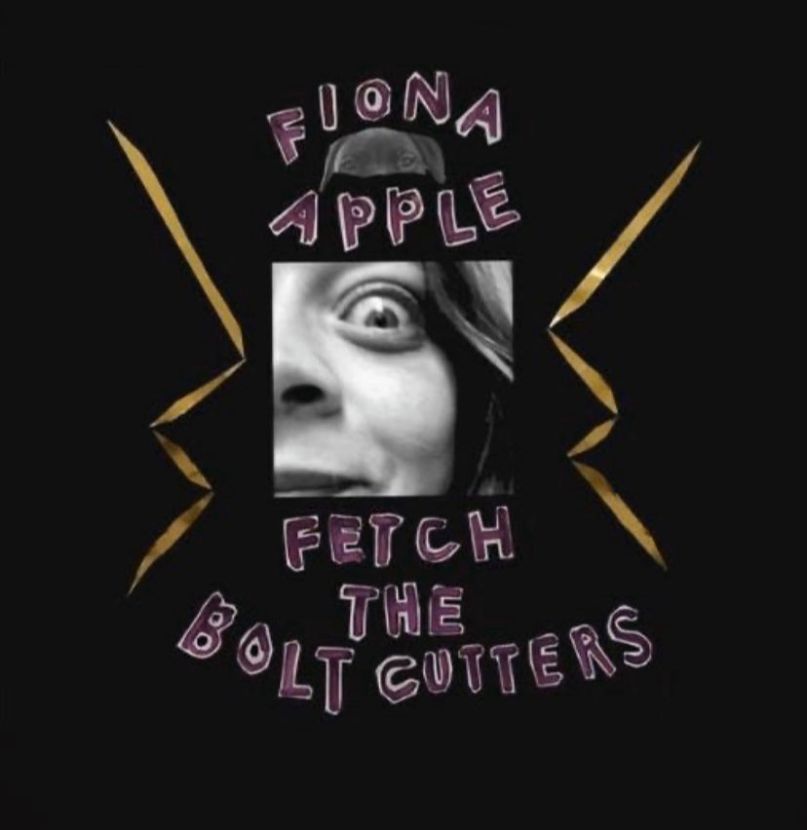 The title of Fiona Apple’s fifth album is telling. Drawn from the British crime-drama “The Fall,” which featured Gillian Anderson as a detective who, discovering some shackles where a woman has been abused, cries out: Fetch The Bolt Cutters. Those words become a metaphor for an artist who won’t be put in chains, who will shake off the shackles of pop convention, as well as the other subtle limitations and unspoken expectations that are placed on female pop singers. Like the woman in “Under the Table” at a dinner party she doesn’t want to be at, you can kick her to quiet her all you want but she “won’t shut up.”

Apple’s exceptional talent was apparent on her 1996 debut, Tidal, featuring songs written when she was still a teenager. She won a Grammy that year for Best Female Rock Vocal Performance for the single, “Criminal,” for which a daring video won her two MTV Video Music Awards, one for Best New Artist. While it’s been 8 years since Apple’s last release, The Idler Wheel…, she made an appearance in the 2018 music documentary film, “Echo in the Canyon,” singing Brian Wilson’s classic “In My Room” and a Byrds’ favorite, “It Won’t Be Wrong” with Jakob Dylan. And, while she had written the original theme song used for the Showtime family drama, “The Affair,” she provided that show a new cover of the Waterboys’ classic, “The Whole of the Moon,” which played a significant role in the series’ finale.

Her new one opens with pretty much what we’ve come to expect from Apple, a interesting measures of electronic rhythms, and then her elegant piano playing, displaying a sturdy classical training, but pretty quickly that changes. While she sings the opening verse in a style that fits comfortably alongside previous work, by the time she’s singing the song’s title, “I Want You to Love Me,” she’s extending that word “you” way past what her early producer, Jon Brion, would have likely seen as a final vocal, since she extends the word and the musical note far beyond what a traditional pop song formulation required. Then the drums come in shifting the song to something more percussive and her vocal becomes more conversational, like she’s sing talking to the actual person the lyrics are addressed to, as the drums provide a bolder punctuation. By the end, she’s singing a squawking vocalization that could be an imitation of a dolphin, or some other bird or sea animal.

Apple is not reined in here, married to some idea about pop music formulas or commercial restraints; she’s clearly expressing herself musically without limitations. And the further you go into the 12 remaining tracks, the clearer it is that those bolt cutters have been effective in more than one way. Track two, “Shameika,” starts off at a fast rolling jazz pace, with percussion accents alongside the crisp piano runs, as Apple reflects on an early schoolmate’s suggestion that she “had potential,” while the artist drives home her own self-awareness that she is “pissed off, funny and warm, a good man in a storm,” pounded out to chords on the bass end of the piano, while the percussion takes on a life of its own. This song folds right into the album’s title track without pause, a song that allows Apple to use a long, flowing conversational lyric that explores the competitive nature of her relationships to other women, and the power we give another person in defining our self-perceptions: “a girl can roll her eyes at me and kill, I got the idea that I wasn’t real.” And then as she sings a duet with herself, suggesting the variety of voices in her own inner dialogue, the song again slides into percussive disarray and her dogs begin barking to prove that some of the basic tracks were recorded in Apple’s home studio.

Apple leans more and more heavily on percussion as the record goes on, often mixing a home-spun drum circle sound, perhaps using kitchen utensils and other household items convenient to pound on, and more of a marching band vibe, while some of her vocals imitate the sing-songy rhymes of an elaborate story-telling game of patty-cake or double-dutch jump rope games. But the bottom line, is Apple’s inventive openness to raw, artful expression, whether it’s her curious lyrical metaphors like comparing the necks of her former male lover’s guitar collection (“Rack of His”) and the long legs of the women who attracted his attentions, or the former drummer boyfriend who took his “Drumset,” but his voice still echoes around her empty house. Or take the fun hook in “Relay:” “Evil is a relay sport when the one who’s burnt turns to pass the torch,” which explores the women are forced into resentments of one another. In “Newspaper” she considers the sisterhood of women who have loved the same abusive boyfriend, while “Ladies” is a jazzy vocal experiment over a swinging ominous bass line, the way a person can see themselves more clearly by seeing who a previous lover has tried as a replacement.

There so much going on here worthy of celebration, Apple has tapped a smart, fun creative vein and the rewards show up in track after track, as she stretches and remolds the pop song patterns into fresh shapes that both surprise and satisfy. Fetch the Bolt Cutters works both as musical expression, artful and poignant, and her self-aware exploration of what it means to be a woman artist in the “me too” era as feminism continues to run into the walls of male dominance. Musically, Apple has stretched out vocally as well as sonically, and there’s a self-deprecating sense of humor that softens some of the blows. All in all, Fiona Apple has delivered an album that set a high standard, no doubt a strong contender for album of the year.