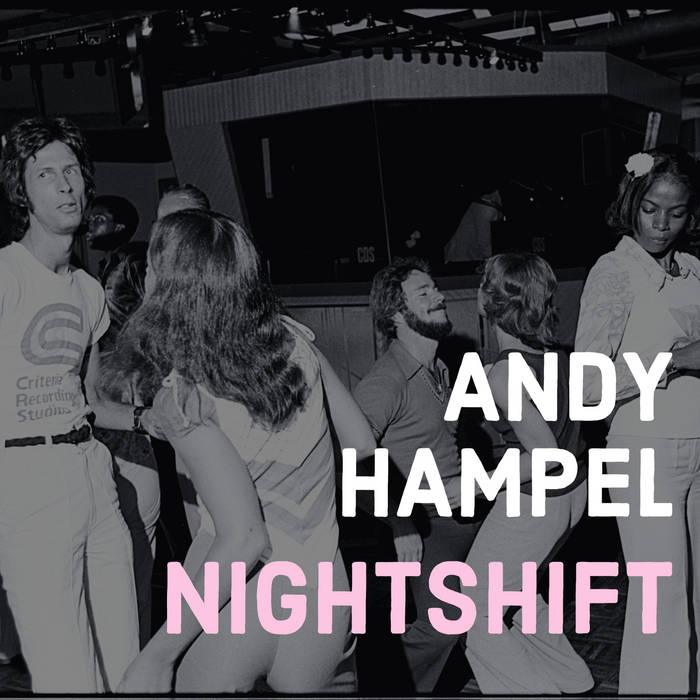 There is nothing better right now than being able to complete some long overdue projects with the extra time we have staying at home. For Andy Hampel, that solitude has produced his first solo record, Nightshift. Who is Andy Hampel you ask? He is a current member of Columbus Ohio’s lo-fi indie band Connections and a past member of 84 Nash. In fact, most of Nightshift has been sitting on the shelves for three years while several songs date back as far as the mid 90’s. Why now? Hampel recently said that Connections’ new record is close to completion but on temporary hold with the coronavirus-driven shutdowns.

Well, lucky for us Andy has launched his solid 14 tracks of short and fuzzy melodic rockers that for sure puts a solo spin on the delivery compared to Connections records but don’t think it strays too far. The closing guitar solo alone in “Ivory Towers” will have you performing your own air guitar quickly. It also helps that several of his band mates help out with the backing instruments so the familiarity is not completely unexplained.

Nightshift does separate itself out from Hampel’s Connections work as its lyrics sound more personal and the catchy addition of the saxophone from Joe Loyer that shows up several times in the album. Honestly, during “Other Plans,” Hampel turns into a modern day Dan Fogelberg. “Sharks” is also a fun shift as it features a more surf rock vibe that will have your ear while the two under a minute tracks, “Capture The Flag” and “God Said I Can,” are 4 track recordings from over 20 years ago.

The entire album creates earworms that pull you back into the music for multiple spins. What may have been an album that never was necessarily ready to see speakers any time soon, Andy Hampel has released a record in Nightshift that gives us all a little bit of hope that there is some light at the end of this long and seemingly never ending tunnel of isolation! If you are into lo-fi indie rock, Nightshift should be added to your collection.