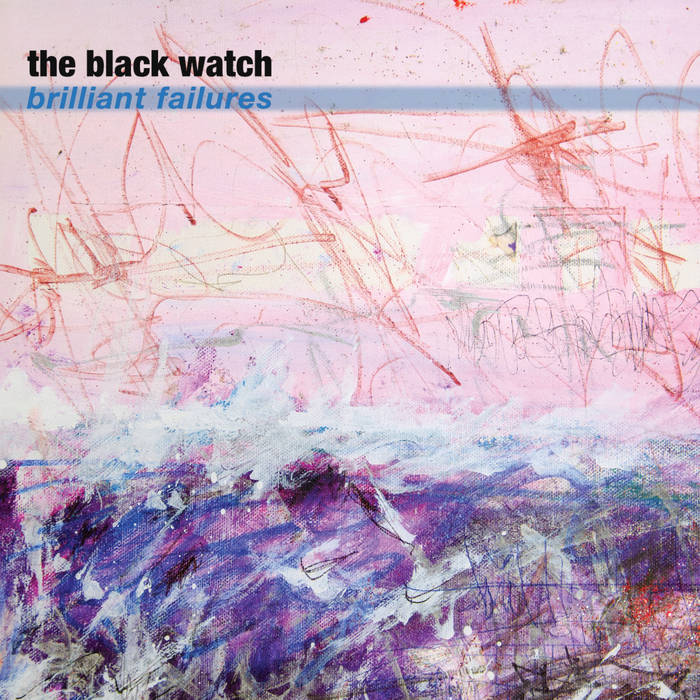 Since the bands beginnings in 1988, founder and consistent member John Andrew Fredrick has now written and released eighteen The Black Watch albums with Brilliant Failures. That is a very long resume of indie rock for a band that still probably will be new to most of our readers. Well, maybe that will change if you give this excellent new album a spin.

If you have been a fan, one thing you will notice is that Brilliant Failures is more guitar heavy than some recent efforts. It is an fantastic shift as The Black Watch and Fredrick seem rejuvenated to take on the world. With a sound that is part Psychedelic Furs, part Echo & The Bunnymen and swirled with several Smiths undertones the group has a very 80’s indie rock vibe that works with the crisp songwriting and vocal layers. The acoustic opener “Julie II” is a slight trick with its gorgeous delivery but then the album takes off with the sweeping muscle of “Crying All The Time.” This upbeat swaying tempo continues throughout the album making every track stand out.

What makes Brilliant Failures exceptionally good is that The Black Watch do not sound like a group that came from the early 80’s but a genuine new band that only has built off of those components but is as very bit vital in 2020 as anything you will hear in your current indie Spotify playlist. The songs are easy to connect with, Frederick’s voice and tone is sturdy, memorable and commanding and his band can play flawlessly. Every guitar is crisp and every transition is seamless. Brilliant Failures is the best Black Watch album released in years and certainly is a record that will stay in TFN rotation with its timeless allure.