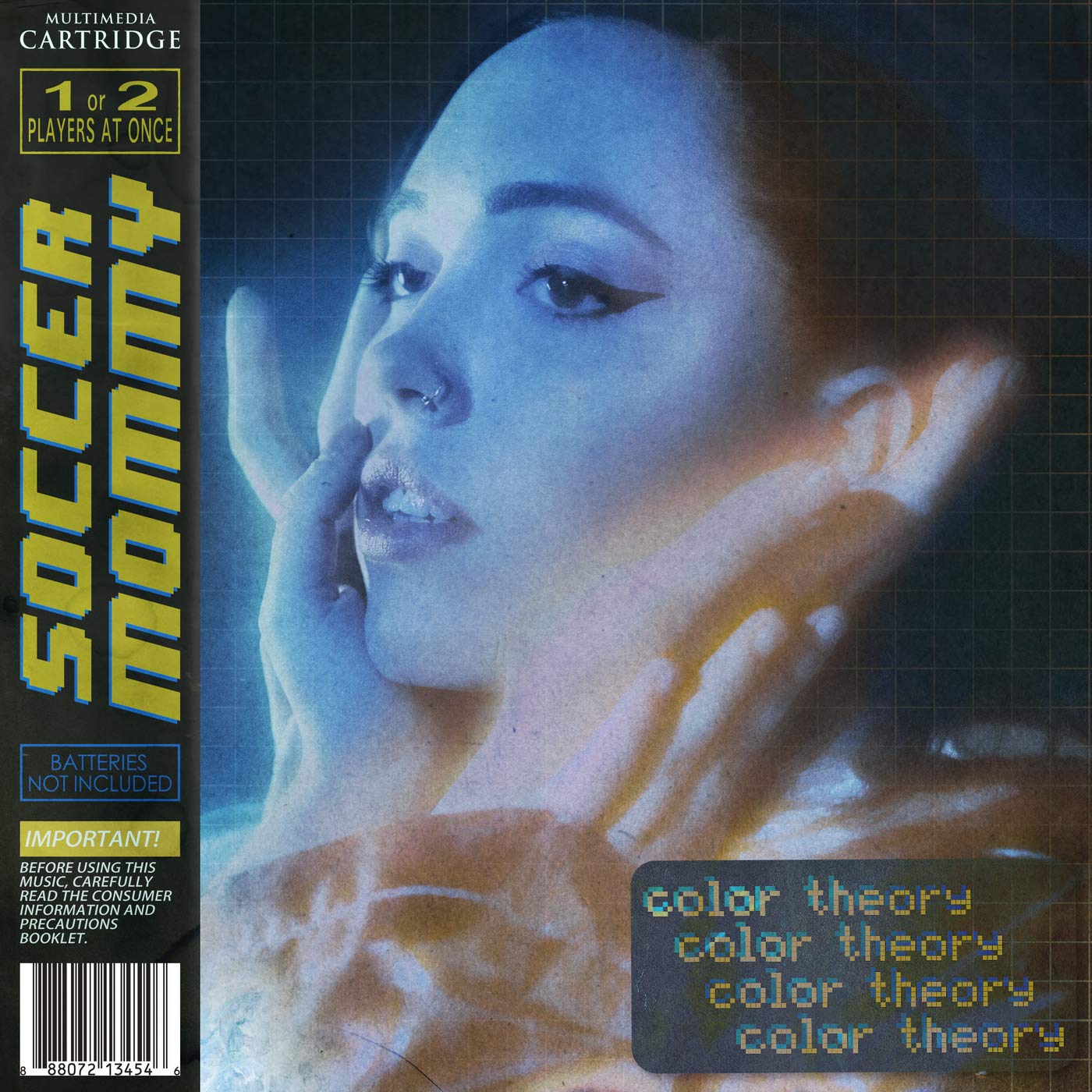 On her fourth full-lenth album, Soccer Mommy (born, Sophie Allison) has used color coding to telegraph the emotional content of her songs, but her tactic of hiding her darker, emotionally charged lyrics in up-tempo pop melodies remains on “color theory.” In fact, her quick rise in popularity following the release of 2018’s “Clean” on Fat Possom, put her out on the road opening for acts like Mitski, Jay Som, and Liz Phair, a summer tour with Paramore and Foster the People, and a Fall tour with Vampire Weekend, so she wrote most of this new album while reflecting on her earlier life and work on the road. And for the first time, members of her live band appear on this recording.

Blue is the color of the album’s opening tracks, like “Bloodstream” which addresses an adolescent’s struggle with depression and the strange attraction of self-harm, resulting in “covered up wounds with my long sleeves,” while the feeling of happiness is “like a firefly on summer free evenings/feel it slipping through my fingers/but I can’t catch it in my hands.” Here the pleasant sing-songy melody crashes into the guitar parts that are purposefully clunky and atonal, played to noisy perfection by Allison and Julian Powell. Similarly, “Circle the Drain” feels cheery with a solid beat from her rhythm section, drummer Ryan Elwell and bassist Graeme Goetz, but as the title suggests, it’s about going round and round and eventually down.

The color in the record’s middle section is yellow, as in “Yellow Is the Color of Her Eye,” where she takes on the terminal illness her mother has been living with for a decade, when Alison was 12. And here, it’s important to acknowledge that while the presence of her band is felt on nearly every track, Soccer Mommy’s intimate lyrics and close vocal presence and delicate interplay in the building the tracks, layering stacks of synths and various strings and keys, the music remains personal, while delivering the tension the lyrics communicate. You feel that especially in the seven-minute “Yellow,” but also in tracks like “Night Swimming” and “Up the Walls,” which harken back to her earlier records.

But you hear the fuller band vibe most completely on “Lucy,” as the record turns to gray. Written to her own personal devil, Lucifer, Allison contemplates trying to survive realistically muddy world of the music business while remaining true to your own sense of morality, with the plea, “quit taunting me.” “Stained” is stripped back to basics, just Allison on guitar and synths, supported by her producer Gabe Wax. The set closing “Gray Light” returns to the theme of living with someone struggling with a major illness, where the tender lyrics, guitar and synth flute parts run up against the noise of a cassette tape slipping and a variety of sounds to help color the songs underlying tensions.

Rarely do we see the kind of honesty and depth in such a young artist, as Soccer Mommy displays throughout “color theory”. That she deals with such intimate and even maudlin subject matter with artistic clarity and desire to use music to transcend the gloomier aspects of her writing, makes it all the more appealing, and yes, even fun. Sometimes the best revenge is living well; making really good music out of all the pain is all the more satisfying.