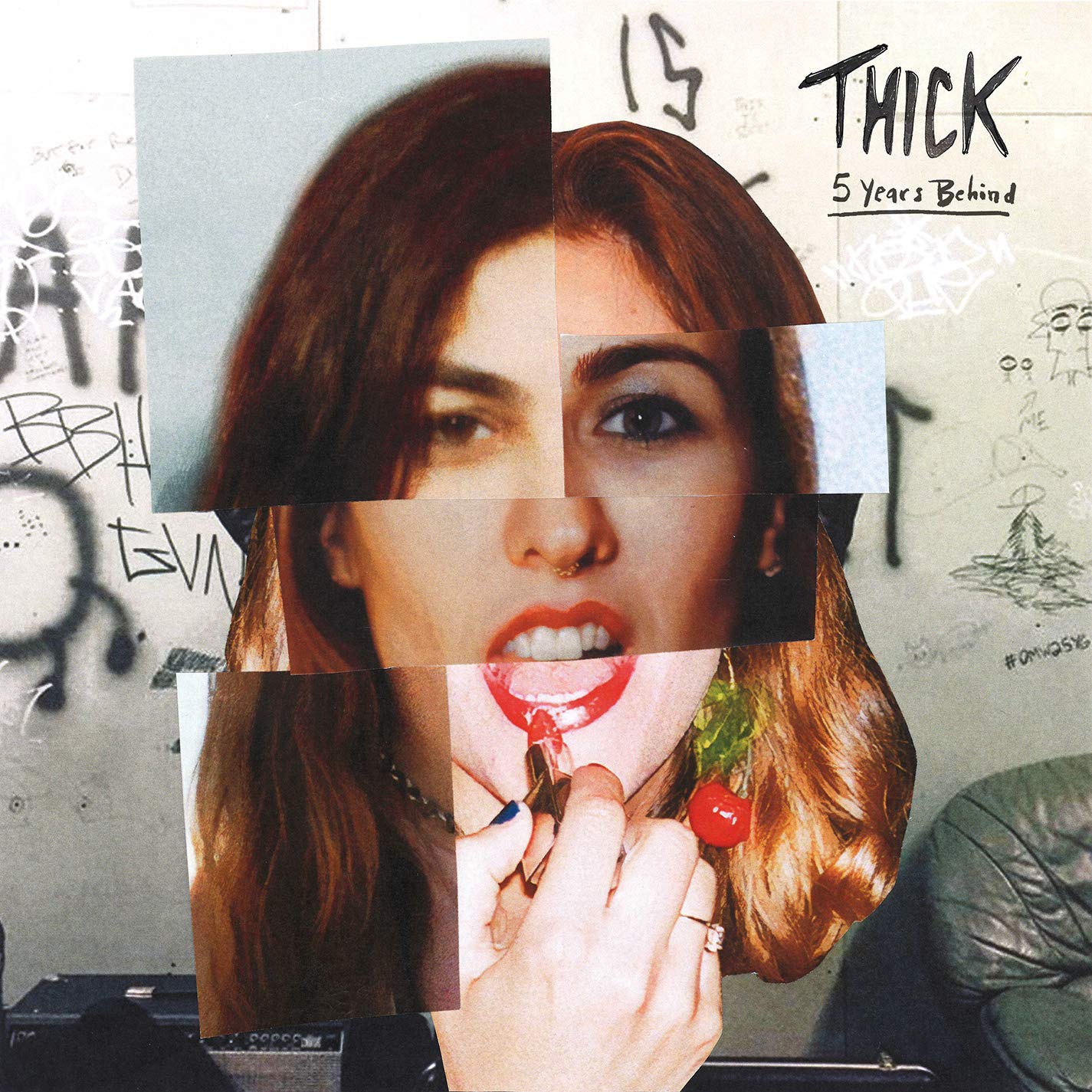 The debut from Brooklyn-based DIY punk trio, THICK, was the perfect record to pick up as our country was shutting down due to the Coronavirus/COVID-19, bringing enough noise, angry energy and musical muscle to make the required lock-down relatively tolerable. No doubt, Nikki Sisti (voice/guitar), Kate Black (voice/bass, guitar and synths), and Shari Page (voice/drums) will draw comparisons to other female bands like Sleater-Kinney and Go-Go’s, but musically it sounds more like early Replacements to me with strong harmony female vocals.

But don’t try to tell them how all this works. One of the album’s first singles takes on the men that have tried to tell them what to do. “Mansplain” opens with a forty second montage of things men have said to them, shit like “girl groups are really in right now,” “are those your boyfriends drums,” “we’d usually not recommend a Fender for a girl, but you’re pretty tall,” and “does she know how to plug that (guitar) in.” You can almost feel the rage building, but then they burst into a 80 second punk rant about all the guys who’ve belittled them over the years. I hope it’s as cathartic as it sounds.

And the other 10 tracks are delivered with a similar intensity. The title track mixes fast punk rant verses with a poppier chorus that displays those vocal harmonies. “Sleeping Through the Weekend” is a fast pop rocker with a bold bass line, while “Bumming Me Out” reins in the music so the melodic lead vocal pops through the din, which is followed by a 50 second thrash and burn punker about “Fake News.” And so it goes the band can bring the noise, but can also pull it back for a melodic pop rocker like “WHUB (Where Have You Been)” where the guitar takes the lead before the strong lead vocals kicks in. If the band is looking for another single, the bold guitar chord opening of “Won’t Back Down” and kicking vocal and martial drum change of piece would be another great contender. Strong lyrics, fun energy, and no-nonsense songs dominate on this debut, and if nothing else it wakes up a household of people lulled into a vegetative state.

Video Premiere: Rick Rude – “Everybody Knows This Is Nowhere”