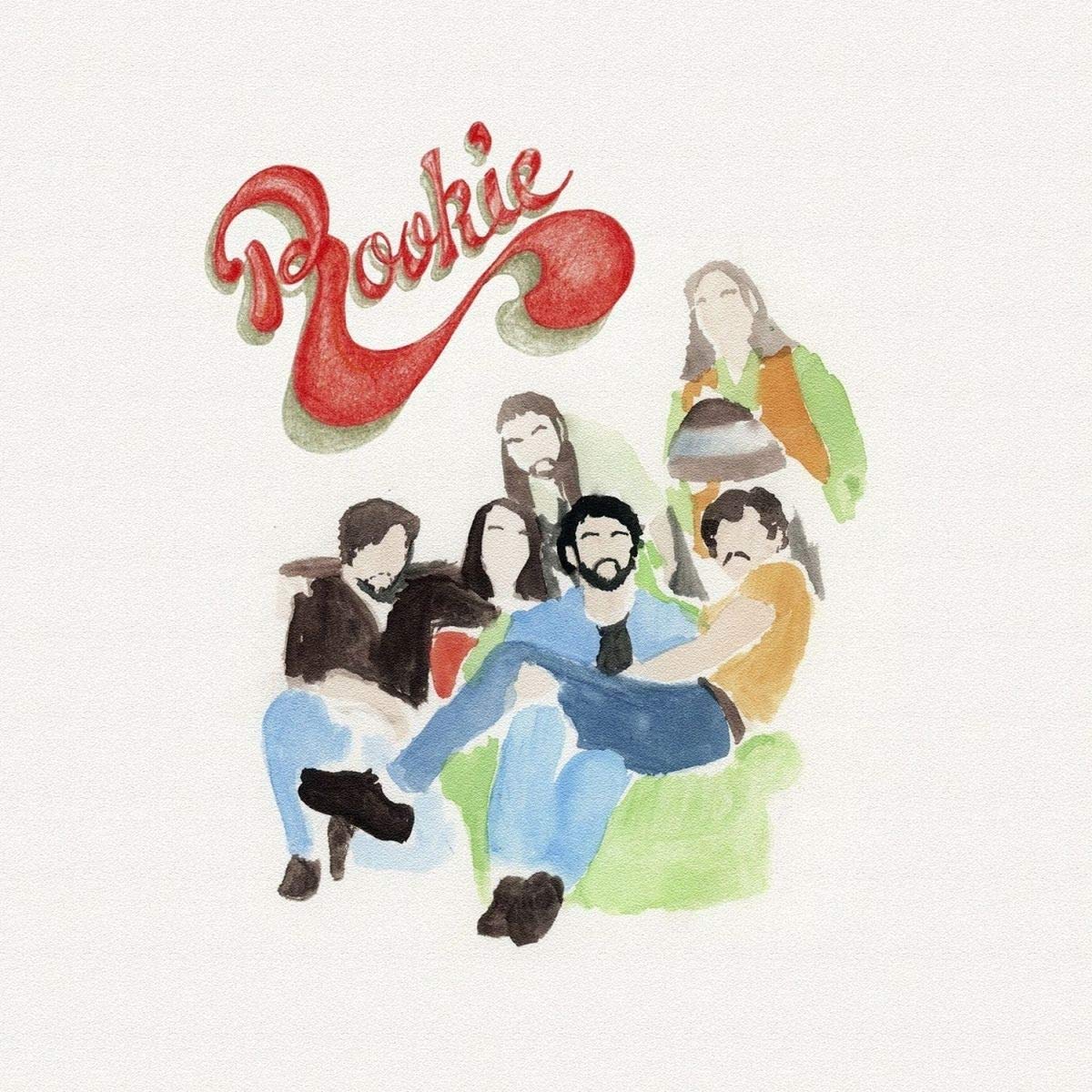 The debut album of 6-piece Chicago band Rookie comes out of the box just dripping with references to a much earlier time in rock music history. From the opening crunchy guitar chords of “Hold On Tight,” it’s clear this band’s goals are to relive in a fresh way the musical highlights of ‘70’s guitar rock, from the likes of Free, AC/DC, Bad Co., Cheap Trick or Big Star. At their best, like on “Miss United States,” these 20-somethings capture the passion and energy and soul-lifting fun of a decade that has come to define the sounds and textures of “classic rock.”

To pull off a sound no doubt drawn from their parents’ well-worn record collections, Rookie draws on the talents of a trio of guitarists, Dimitri Panoutsos, Christopher Devlin, and Max Loebman, with Loebman sharing lead vocals with drummer Joe Bordenaro. The sextet is filled out by bassist Kevin Decker and Justin Bell who plays a variety of keyboards, the piano that provides the solid rhythm for the big slow rock production of “Fake Grass,” and organ fills in the rock & rollin’ “One Way Ticket” and bluesy “Michigan.” While the band fares better on the faster, rockier songs where the guitars can do the heavy lifting, like the brief instrumental, “Introduction II,” they mix in a variety slower, power ballads and mid-tempo rockers, like “Elementary Blues” and “Sunglasses” which features a pedal steel that provides a hint of country, which along with few other occasional allusions to Southern Rock a la Marshal Tucker and the Allmans’.

While some of the power pop leaning things suggest a desire to pull off something in the vein of the Foreigner sound, but they lack a singer the quality of a Lou Gramm, and the lyrical chops to make the sale. And there’s a notable clunky white-boy feel rhythmically which suggests a failure to grasp the underlying R&B rhythmic roots in this music, that you feel comes more naturally if not organically in bands like Faces, Thin Lizzy and the Stones. But hey, this is their first album and they’re still young, and did I mention those guitars?

Now, I knew I wanted to hear the rest of this album when I stumbled across their video for “I Can’t Have You But I Want You,” which a Billboard headline writer rightly described as “adorable.” The video features a cute little girl, maybe 8 years old, walking through an old school record store before picking an AC/DC album, then wanders into a guitar store, becomes enamored with a Kerry Green Gibson SG that’s to die for, so she steals it and the video ends with her playing back in her little girl bedroom, just golden. Then the song is the best of their slower rockers, with a lyric that wants to drip with Jagger’s lust but tidies it up for the “me too” era, by waiting for consent. It totally works, and with killer tracks like “Hold On Tight” and the six minute album closer “E Jam” to remind us of an era when guitar players were “gods,” which suggests that Rookie have the goods to go the distance and become all stars.