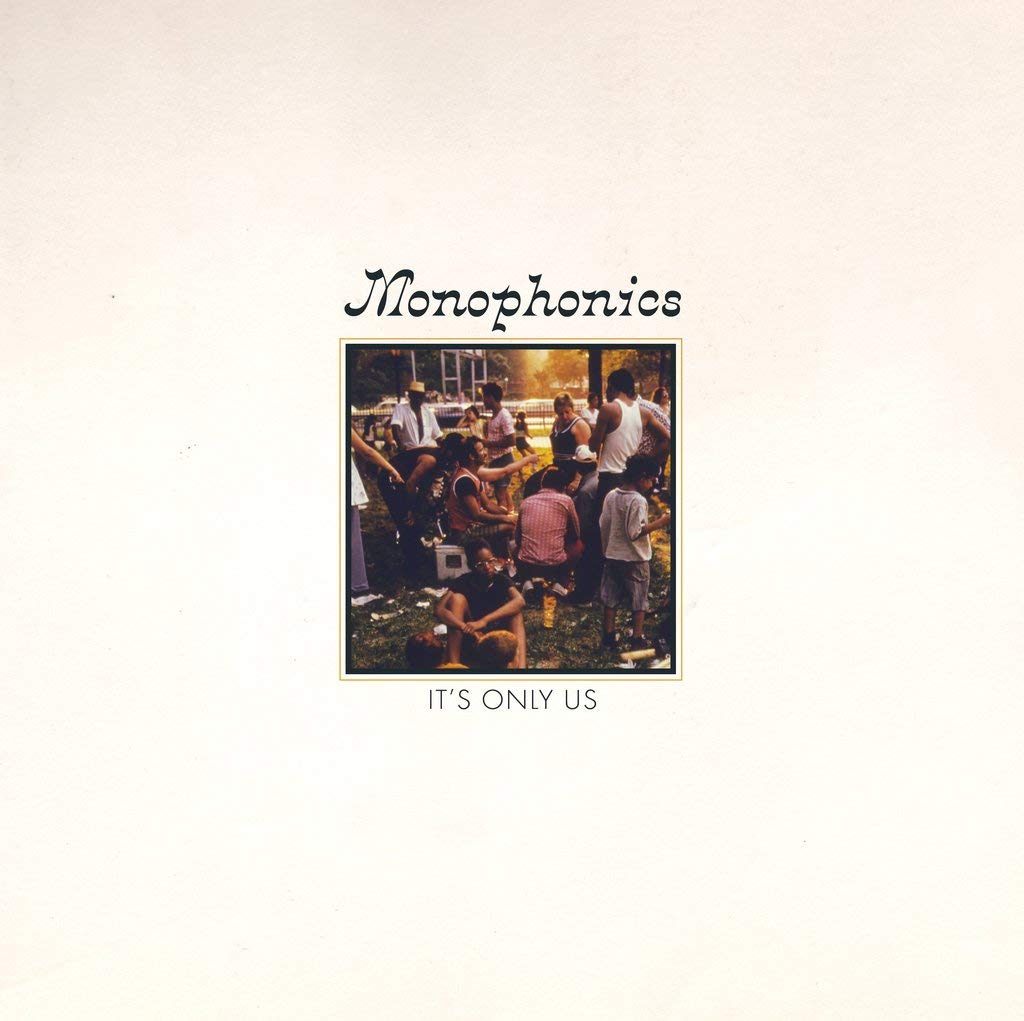 Monophonics
It’s Only Us
Colemine Records [2020]

We are currently in really strange times so the smooth soul of the Monophonics fifth record, It’s Only Us, brings on a very comforting vibe that just blankets you with its harmonizing background vocals. The West coast band has dubbed their sound “psychedelic soul” and I feel more than previous records their own labeling really sticks.

The slick vocal delivery of singer Kelly Finnigan combined with the fantastic whoosh of background support gives each of these eight tracks a time warp back into the early 70’s where you could spin It’s Only Us right next to Curtis Mayfield’s Curtis and The Temptations All Directions. Each song finds its own groove with a multitude of pianos, organ and of course plenty of brass.

The average song from the Monophonics here is over four minutes which gives each tune plenty of time to explore its own journey. This musical expansion is highlighted on the over seven minute “Last One Standing.” The song has an upbeat foot tapping chorus that pulls you in as its middle section showcases their musicianship with a very mellow and controlled slow down with several repetitive quiet cymbal taps before the keys come back and then the horns blow it back up.

The entire record has an expertise soul sound which is the Monophonics strength. They are not new to the retro-soul genre and their experience shines song after song. The fact that they have paired up with the soul expert label Colemine Records is the perfect match and dare I say Colemine’s consistent recent offerings have now put them a notch above the beloved Daptone Records. If you like soul, you will not want to put the Monophonics record down. Especially, if you are locked up in your house right now, I can’t recommend a better 40 minutes to pass the time – and then hit replay to keep the groove going!