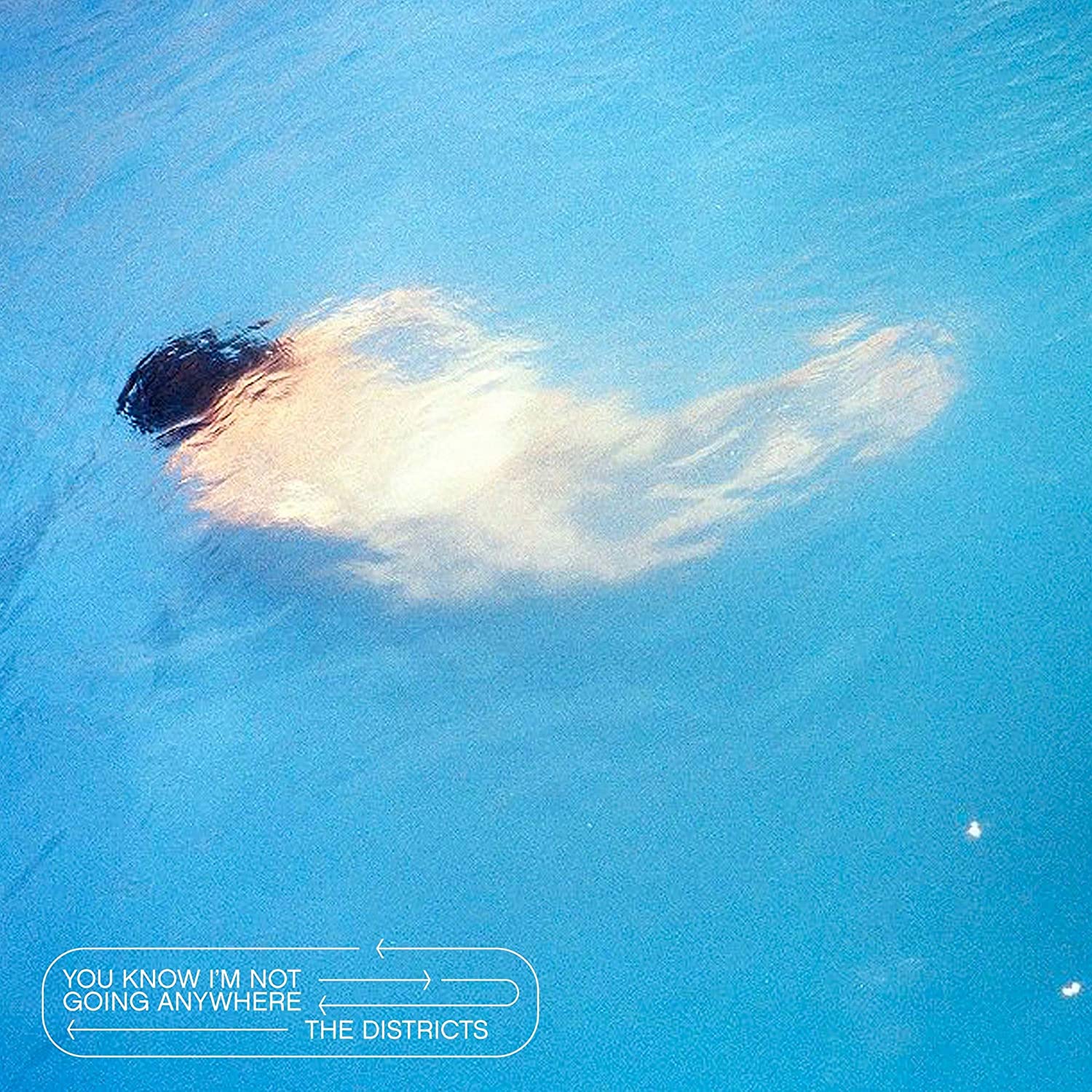 For The Districts’ fourth full-length release, You Know I’m Not Going Anywhere, singer/songwriter Rob Grote withdrew to his bedroom with a guitar, a synthesizer, and a drum machine during a period of introspection and creative exploration while juggling “this desperate desire to escape and the need to show up in my life.” The result was 32 songs that deal with the tensions of modern life, the need to find a balance between the mounting expectations and pressures of a music career and the longing for respite and escape. In Fat Possom’s bio, Grote admits he wasn’t sure these new songs worked for The Districts as a band, however the rest of the band loved the material, and 11 of them made their way onto the final product.

While the impetus for these songs are intimate and personal, Gorte and his Districts cohort – Pat Cassidy on guitar, Connor Jacobus on bass, and Braden Lawrence on drums – have managed to create a broad musical expression that includes some strong, anthemic choruses, especially on the series of singles that run back to back following the album’s haunting ethereal opener, “My Only Ghost.” “Hey Jo” mixes halting verses that illustrate the singer’s “uncertainty,” but rises into a rebellious sing-along chant of a chorus: “fuck my head/take it back,” that you can imagine becoming a live show favorite.

“Cheap Regrets” follows, driven on a strong disco bass groove and a soaring synth line, while the lyrics grapple with the images of success and the all too grim reality, requiring the inner insight to declare one’s self “sacred.” “Velour and Velcro” has an 80’s dance wave feel, with ironic lyrics that declare the love experience as “heaven,” while recognizing that the physical experience opens on to emotional manipulation. “Changing” at the album’s center perhaps gets to the underlying challenge, coping with a world full of multiple “live choices” where you “set ‘em up swiftly and knock ‘em all down,” which is song with full band bluster over what is essentially a strummed acoustic guitar pop song.

“Descend” follows, a simple finger-picked acoustic folk song with a lovely pop hook in the chorus, although the lyrics of “Descend” suggest darker feelings of abandonment. While there’s an obvious acoustic guitar presence throughout most of the album’s songs, many of the track are smartly expanded for a full band sound, although “Descend” indeed runs it’s course at the two minute mark, with a long synthesizer dissolve following. It’s a curious thing how a person’s inner turmoil can result in an uplifting artful musical expression, but The Districts’ “You Know I’m Not Going Anywhere” is a vibrant example of just that, mixing alt-rock energy, with the occasional retro musical reference, including a smattering of sax and a jazzy end for “Dancer,” or the more aggressive alt rock leanings of “Sidecar.” The Districts manage to channel much of their previous musical references into a fresh, energized sound on this fourth album.