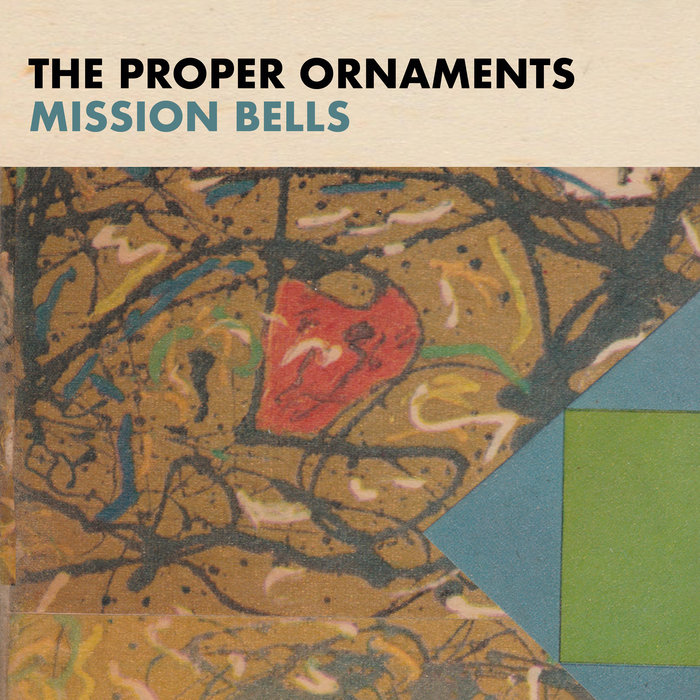 After a few enjoyable listens to this fifth album from London’s The Proper Ornaments, I was surprised to pull up their bio on the label website and read that “this is not a retro band.” Now “retro” wasn’t a word that had come to mind while listening exactly, but the direct, sometimes minimalist approach and the common vocal harmonies of the quartet did have me drawing comparisons to 60’s era English bands like The Hollies (which included Graham Nash), The Left Banke, and NYC icons, The Velvet Underground. So sure, while the lady may protest too much, let me suggest that while the Proper Ornaments have developed a mature, more distinctive band sound by taking a less derivative approach, the musical textures and straight-forward melodic structures suggest that great familiarity with that early period in the development of folk and pop influenced rock.

Arriving just 9 months after their last full length, Six Lenins, bandmates James Hoare, Bobby Syme, and Max Oscarnold were joined on tour by bassist Nathalie Bruno, and found the impetus for these new songs coming out during regular sound checks. We hear Bruno’s presence on the punch bass line that drives “Broken Insect,” a departure from the dominant sound of Hoare and Oscarnold’s somewhat simple progressions on guitar that inform many of their songs. While “Black Jar” experiments with a percolating electronic rhythm, drummer Syme opens “The Impeccable Lawns” with a rhythmic flourish before the tune settles into a more predictable groove. We hear the folk music roots on exhibit throughout the album, most directly on a track like “Wolves at the Door,” with its gentle strumming, while “Strings Around Your Head” leans toward Nash’s post-Hollies’ alliances with David Crosby with it’s more jangly guitars.

We hear The Proper Ornaments’ more direct rock side in the brief instrumental of “Music of the Traffic,” which is followed by a simple piano ballad, “Cold.” Within their somewhat limited frame of reference, the band is experimenting with tone and musicality, but the meandering guitar notes at the end of that last one don’t work nearly as well as the closing bent note cries of another piano song, “Echoes,” or the more repetitive licks the close out “Flophouse Calvary.” On the albums longest song, “Strings Around Your Head,” the closing instrumental coda depends on a repetitive spiral of moog synth notes. Mission Bells finds The Proper Ornaments coming into their own, shaping their sound independently while clearly carrying the influences along with them for the ride.

Key Tracks: “Black Tar” / “Strings Around Your Head” / “Wolves at the Door”