Shell Of A Shell: Away Team [Album Review] 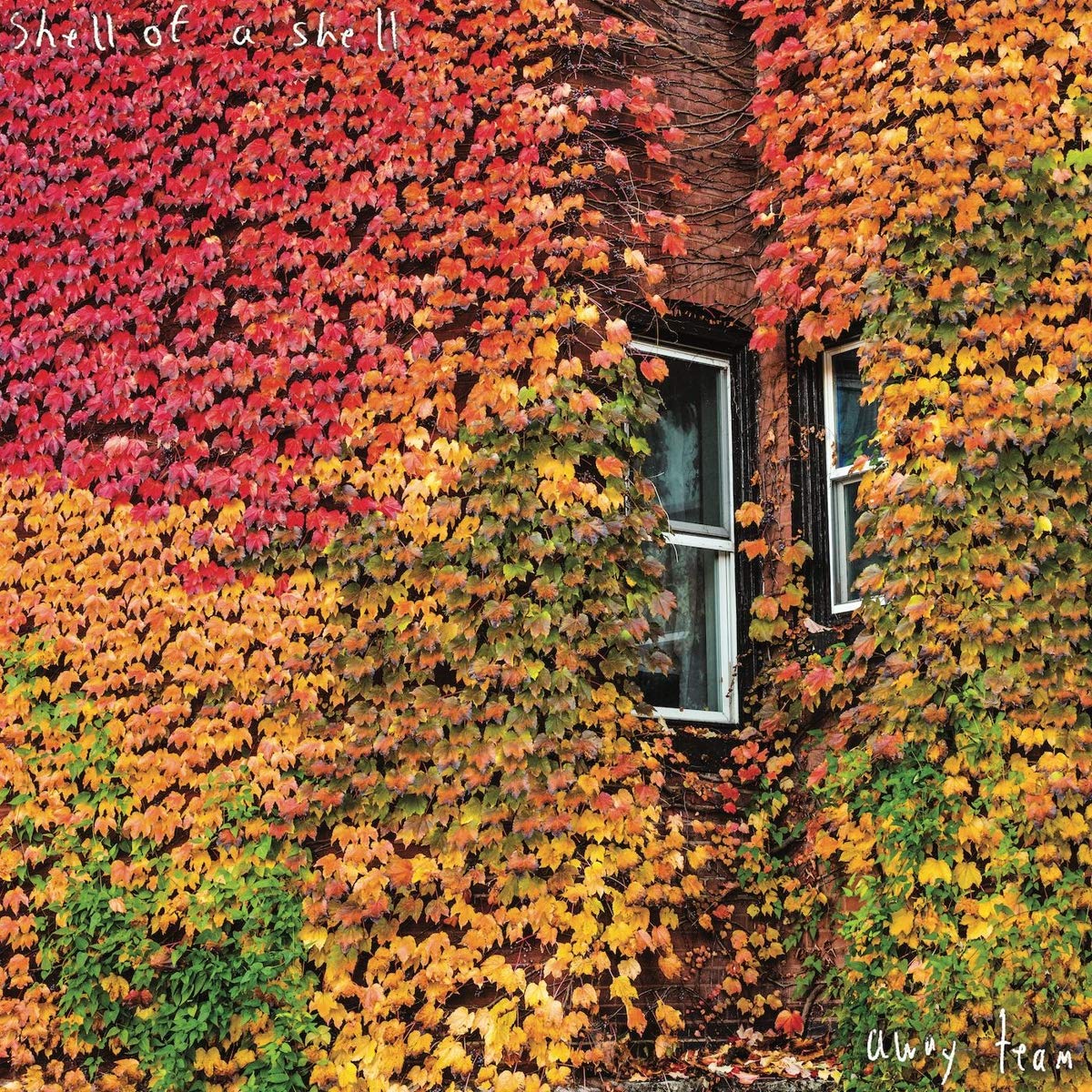 Shell Of A Shell
Away Team
Exploding In Sound Records [2020]

Who: Nashville, Tennessee quartet, Shell of a Shell ramp up the tension for their debut LP.

Sound: Shell of a Shell continue to impress. Their sound makes me think of a blend of Pile’s or Rodan’s edginess and unconventional arrangements mixed with a contrasting side of lo-fi folk/indie rock with flourishes of psychedelia.

TFN Final Take: Chappy Hull (Gnarwhal/Pile) has upped the ante with Away Team. Shell of a Shell’s Already There EP was my introduction to this Nashville-based band and I enjoyed the tension between the tight, almost math-rock rhythms and the band’s looser, psych/stoner elements.

Shell of a Shell doubles down on that contrast with Away Team. Having a sound that bridges a gap between post-rock sensibilities while embracing mellower tendencies can be polarizing for the listener, and just like Already There, it took more than a few listens to get into this album.

Away Team starts relaxed with the melancholy “Funny.” As “Funny” concludes, the spindly tension builds before it gives away to the galloping “My Wildfire.”’ Wildfire” starts with a more light-hearted feel but just like “Funny” before it, the damaging tension seeps back in. Track 3, “Knock” goes full Dinosaur Jr. with its opening salvo. There is a lot to take in right off the bat with Away Team. Just three songs in, I was intrigued and beguiled.

Some of the more interesting rock albums ever made reward listeners with repeated listens, in that aspect, Away Team started making more and more sense the more I listened to it.

Once I cracked the code, Away Team became a stunning listen. It settles into a groove with track four and won’t let you go. At times I got lost the ratcheting tension of songs like “Fill in the Blank”, “Forgetting Symptom” and the epic “Don’t Expect.” Album closer, “Seems Like” brought me back to the giddy excitement that I feel when I listen to Rodan’s Rusty. I am not doing the song much justice by lazily referencing Rodan, but there is no denying that I feel that same wonder and amazement when hearing this.

If you are in any way a fan of any of the bands I mentioned in this write-up, pick up Away Team. Exploding in Sound continues to be the home of some of the more interesting and talented rock bands out there today.

Shell Of A Shell Review History: Already There EP (2018)