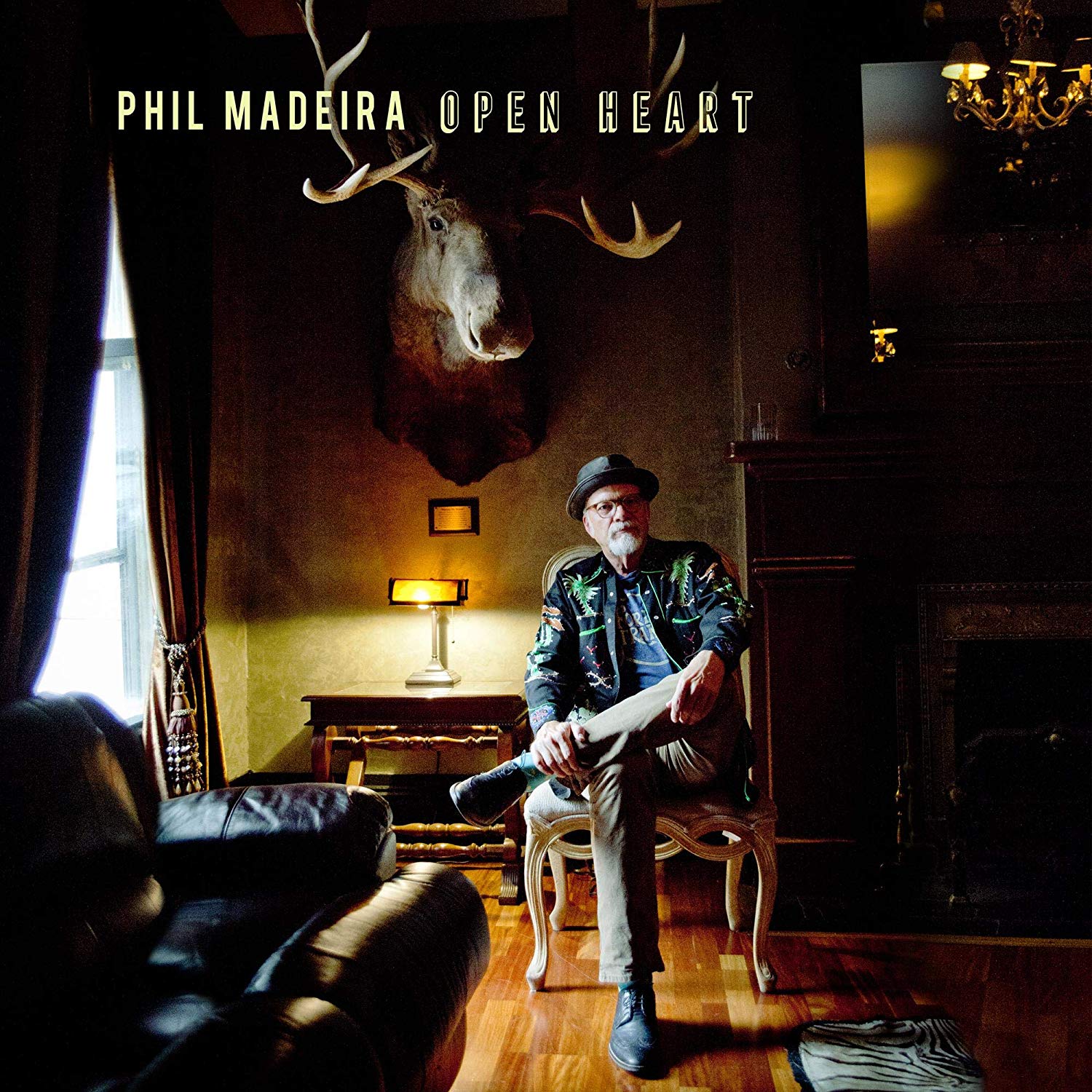 At this late date, Phil Madeira must still feel that he has something to prove. Besides his “day job” as part of Emmylou Harris’ backing band, The Red Dirt Boys,” he’s recorded three solo albums in the last two years, after producing an all-star tribute to the songs of the late Mark Heard in 2017, Treasure of the Broken Land, which featured performances by Over the Rhine, Birds of Chicago, Buddy Miller and many more. I caught Madeira live, along with many of the artists, at OtR’s Memorial Day weekend “Nowhere Else” Festival that year,  where Madeira and the RDB’s backed up most of the soloists, played a set of the band’s songs from an album that has yet to be released, and then Phil played a solo set highlighting songs from his solo albums and another all-star collaborative effort he was at the center of, Mercyland; Hymns for the Rest of Us. This guy just can’t seem to sit still.

While a multi-instrumentalist, often seen with Harris on guitar, at the Hammond organ or playing accordion, in 2018 Madeira sat down to his first love, the piano, and released an album’s worth of songs about his childhood hometown, Providence, Rhode Island, centered by jazzy pop and rock grooves in autobiographical songs that described the universal experience of growing up in a certain time and place. Within a year, he was back again with an album of piano-based jazzy instrumentals, with some brass added for color and texture, and now he’s back with an album full of love songs of a sort, released appropriately on Valentine’s Day.

So Open Heart arrives in that same musical spirit, more jazz piano backed again by the Red Dirt rhythm section of Chris Donohue on bass and Brian Owings on drums, with a more consistent guitar presence this time, played by James Hollihan, Jr. While Providence had enough distance so that Madeira could write playfully about that “Wicked Job” that threatened to ruin his life, wax romantically about the guilty pleasure of an amusement park, “Crescent Park,” or dating a girl from across the tracks in a “Rich Man’s Town,” here there’s an undercurrent of lost love and grief. In an interview for RollingStone magazine, Madeira describes how after the death from cancer of his long-term partner, Merrill Farnsworth, he entered into a short-lived relationship that was at least partly a denial of his feelings of loss, while reminding him that love was still something he could look for in the future.

We still hear Madeira’s playful side in the self-deprecating humor of “The Likes of Me,” where he admits, “ain’t getting any younger… my hair’s falling out/and my credit’s bad/ain’t no flashy dresser/ain’t got no PHD/ain’t got blue blood/but yeah I’ve got a history.” He concludes, “you ain’t no Barbie, baby/and I ain’t no Ken/I don’t know nothin’/’bout your destiny/you got your mojo workin’/And it’s workin’ on me.” Madeira’s fun lyrical observation suggest Randy Newman’s best work, before he just the “Toy Story” song guy. In “Shelter You,” he celebrates the “safe place” created by a love on the rebound from hurt, while “Rock on Your Shore” expresses the importance of having someone in your life who will be there for you come what may. And musically these songs bring a healing balm all their own, the fun and funky feel of jazz a la Dr. John, the smart instrumental textures that occasionally recall Steely Dan. Madeira’s playing is inspiring throughout, but especially on solos, and Hollihan’s guitars are quite moving as well.

But, from the opening “Requiem For a Dream” through “Remember Me,” the abiding presence of a lingering loss can be felt, even on songs about holding on like “Not Done Loving You” and “A Problem Like You.” “Immigrants” is all about the possibility of “starting over again,” even as it reminds us that except for the Natives who were here when we arrived, all of us come from some place else. Ever that smart arranger, Madeira fleshes out his piano jazz combo with smart use of horns throughout, and soulful harmonies on his poppy choruses, and on the slow dance intimacy of “Monk” the lush orchestration of strings. Everyone who loves will one day deal with loss, that’s something we all will have to learn to live with at one point or another, and the hard won lesson of these songs is the simple suggestion to face life with an Open Heart. Seems like good advice, and the music here provides a great soundtrack for navigating the more challenging moments that come to us all.