Green Day: The Father Of All… [Album Review] 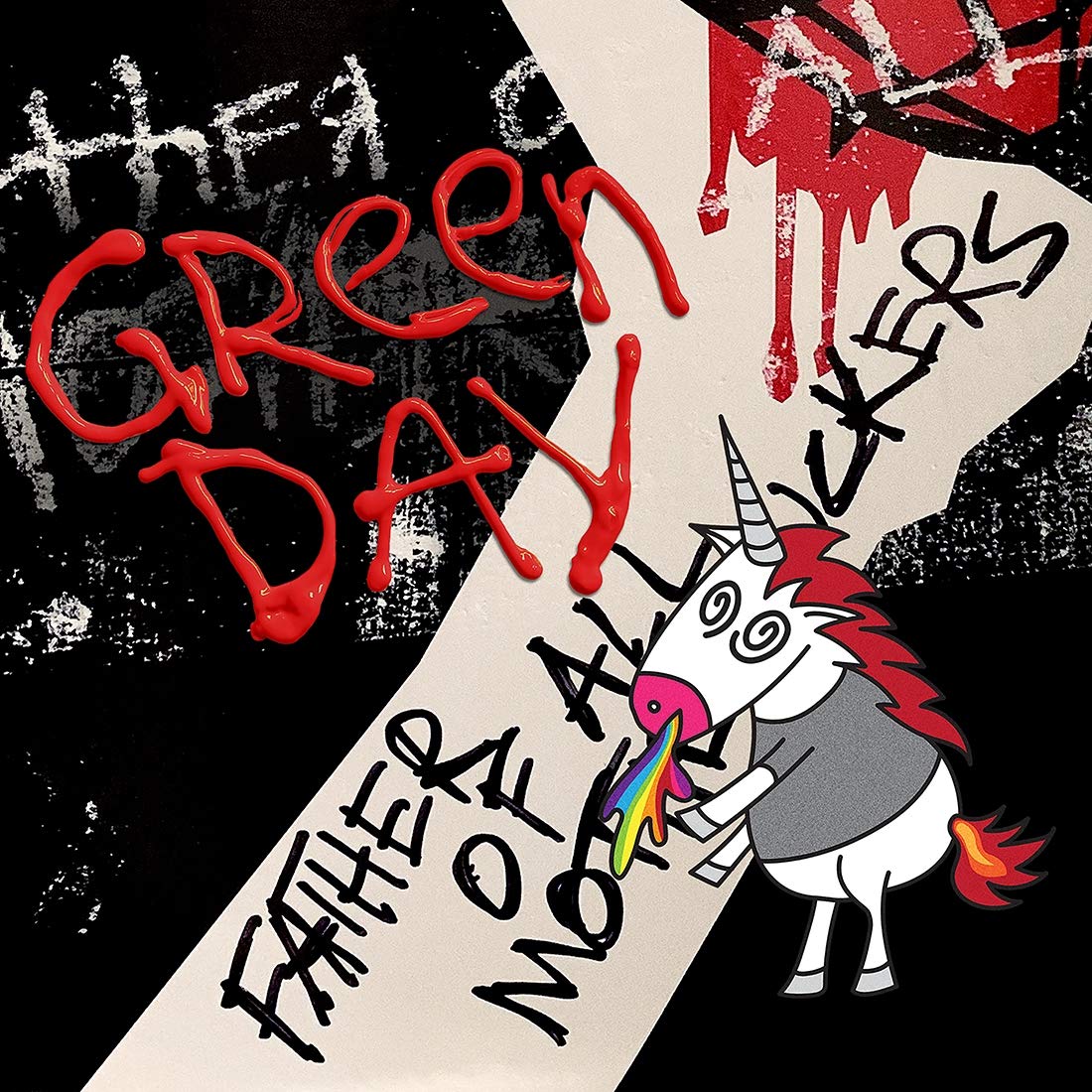 Green Day
The Father Of All Motherfuckers
Reprise Records [2020]

Generally speaking, even the most popular punk rock bands are not designed to stay vital for the long haul. Sex Pistols delivered an explosive 3 years, and everything since has been cashing in on that early reputation and music, thus the “Filthy Lucre” reunion tour in the 90’s. The Clash had a solid decade, The Ramones made it for two, but most of the last decade was spent chasing their past, with the two mainstays not even speaking to each other. Lots of other bands come to mind – Bad Religion, Dead Kennedys, Rancid, Blink 182 – yet no one carrying that label has stayed at the top of there game artistically or been as successful and/or relevant for as long as Green Day.

There’s no guidebook or reference point for what to expect from a punk band – essentially the same trio working together for 3 decades – making their 13th album. Five years after being inducted into the Rock & Roll Hall of Fame, with an album-turned-into-a-hit-Broadway-play in American Idiot plus two greatest hits collections under your belt, and four years after your politically charged last album, Revolution Radio, who’s to say you can’t make an album of party songs that echo the influences from your teenage record collection?

As such, Father of All Motherfuckers arrives on the scene while the band is still negotiating the place it hopes to carve out for itself in the modern world; while launching the Hella Mega world tour of stadiums and arenas with co-headliners Weezer and Fall Out Boy, and signing a two year promotional deal with the National Hockey League, they sent a new album out into the market with a title that nation-wide box store retailers will be required to abbreviate. But if they’re feeling some discomfort as they enter this next decade in their career, musically they are channeling the soul food of their teen years – everything from soul influenced R&B to glam rock, and classic rock & roll – in ten concise tracks that total up to only 26 minutes, the shortest album of their career.

The album opens with the title track that manages to avoid that distinctive Green Day sound for something more akin to the classic rock influences you hear in echoed in Black Keys, while “Stab You in the Heart” pays tribute to that early Beatles’ era when they were fresh from Germany right down to a fun take on those classic vocal harmonies and a walking guitar line. They don’t just imitate the past in “Oh Yeah,” which borrows a drum and vocal chant directly from Joan Jett’s cover of Gary Glitter’s “Do You Wanna Touch Me.” It’s a chant along hook that would sound great in a packed ice rink, much like the album closer, “Graffitia,” which nods more than once in the direction of Springsteen’s anthemic style. Elsewhere you can hear Billy Joe Armstrong pay homage to Big Star a la The Replacements, while “Sugar Youth” gets closest to sounding like Green Day back in their prime.

So on the surface, “Father of All…” impresses as a party album, nothing like the Bush-era burst of political engagement that followed American Idiot, and played a role when touring Revolution Radio when Armstrong led chants of “no racism, no sexism, no homophobia” and occasionally called out newly elected President Trump, there are hints here and there that they still have a heart for revolution. Even in the “everybody is a star” chants that go side by side with the “Oh Yeah” chorus, the final verse says “I’m just a face in the crowd of spectators/To the sound of the voice of a traitor/Dirty looks and I’m looking for a payback/Burning books in a bulletproof backpack,” with an obvious poke at you know who and an acknowledgement of the fear of active shooters showing up in another school. It may be designed for a crowd chant moment between the action in a hockey game, but it still asks in the lyric “ain’t it funny how we’re running out of hope?” The one slower bluesy track, “Junkies on a High” warns of those who drink the “kool-aid,” while we are left to sit back and “watch the world burn.” And, we’ve read that “Take the Money and Crawl” was previously titled “The Art of the Deal with the Devil,” a less than subtle reference. So, what makes a record punk in this post-rock, post-politics era, perhaps it’s making a record of party music that is actually more than a record of party music.

2 thoughts on “Green Day: The Father Of All… [Album Review]”