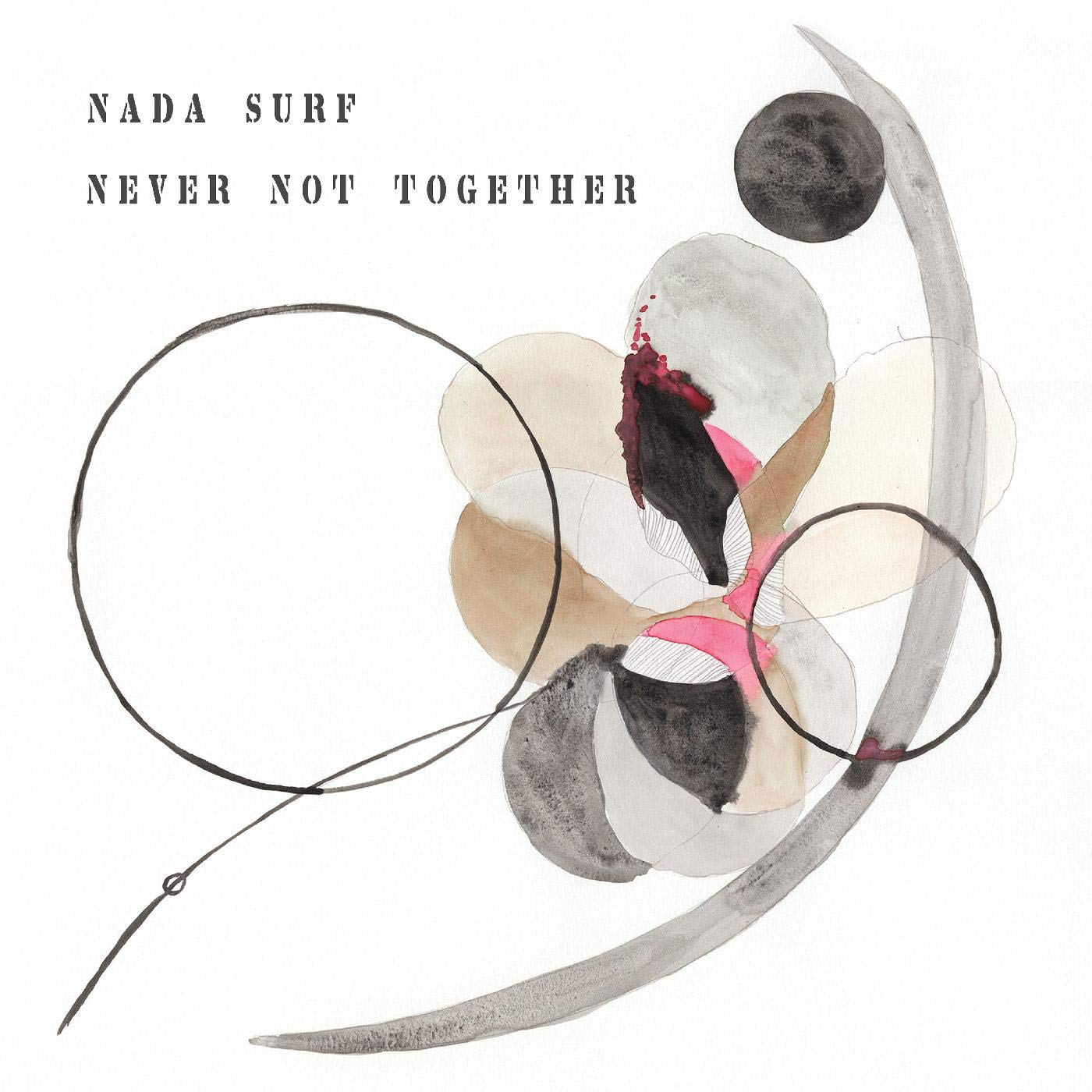 Nada Surf’s ninth studio recording and first in almost four years, Never Not Together, does not necessarily mark new territory for the band but highlights the veteran groups quality writing, musicianship, and knowledge of how to grab the listener with a hook. For some that remember the alternative hey day, Nada Surf’s hit, “Popular,” ruled the MTV airwaves in 1996 but never revealed the essence of the group.

As Nada Surf has progressed through the years (which still being together is an accomplishment of its own) their sound now has an expectation of melodic eloquence. Matthew Caws vocals are always perfectly emotive and every sprawling chord from the band is flawless. These givens already boosts Never Not Together’s output but the decision to pull these tunes inward a bit sonically sets them above their last few records and possibly might be my favorite tracklist since The Weight Is A Gift (2006).

Some of my liking for these 9 songs is that Nada Surf has reached a time where it is much easier to react and respond to the past and present with a wisdom you only get from age.  These statements are delivered in different packages from the feel good beginning of opening track “So Much Love,” that reminds us that there is still good will between people or on the powerful “Mathilda” where topics include addressing bullying and homophobia. This song itself could be one of Caws best tracks lyrically and it is just over 6-minutes long as it goes from a soft opening with an exploding rock middle before calming back down.  This overall longer song structure is a trend with the tracks here averaging above the 4-minute mark. This allows Nada Surf to explore ranges within songs along with also including several tweaks like more synths, strings and a choir.

Never Not Together is a grower for sure. You will consistently hear new things and admire its intelligence especially on a song like “Something I Should Do,” as Caws skillfully revisits “Popular,” with a spoken word delivery ending that will spin your head in every good way possible! For fans, this album is a must pick up and it’s nice to hear Nada Surf soar through and make sense of the noise we call life!

…And You Will Know Us By Our Trail Of Dead: X: The Godless Void And Other Stories [Album Review]