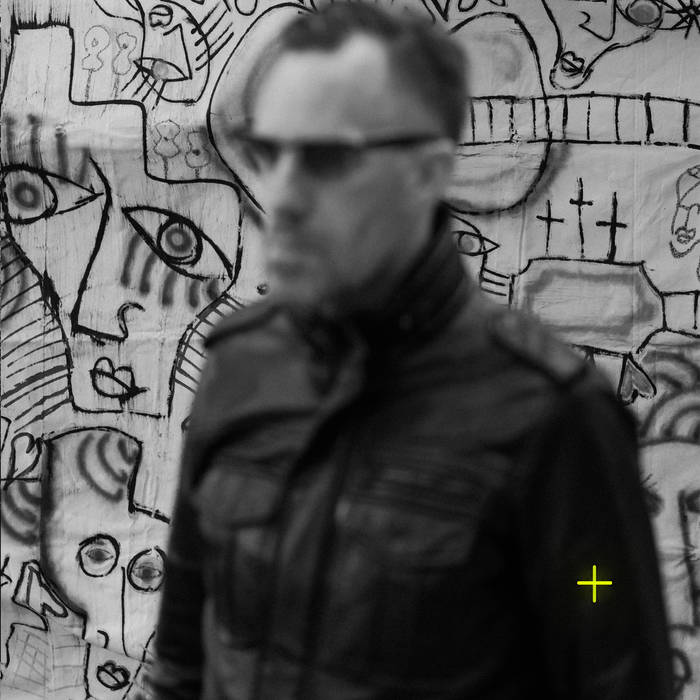 Album Review: While I’ve been a fan and acquaintance of San Antonio singer/songwriter, band leader and visual artist Chris Taylor for more than two decades, I have to admit when I recently checked out his bandcamp page, it was immediately obvious that he’s a lot more prolific than I’ve been aware. In the 90’s, Taylor fronted the band Love Coma, which had Matt Slocum as lead guitarist before he stepped away to start Sixpence None the Richer. In ’95 Love Coma released an album with national distribution and toured accordingly in support of “Language of Fools,” which was produced by 77’s guitarist Michael Roe. Five years later, I interviewed Taylor around a solo album he’d recorded with Rick Elias and members of the Ragamuffin Band, “Worthless Pursuit of Things on the Earth.” In the years since, Taylor has been prolific, but the only recordings I’ve heard were “Travelers Hotel” (‘’13), “Daylight” (’14), and “Down a Dead End Street” (’17) (http://thefirenote.com/2017/11/28/chris-taylor-down-a-dead-), which are two fine examples of high quality singer/songwriter folk/rock, and a lovely tribute album full of Bob Dylan covers, respectively.
While I obviously can’t speak for the dozen plus releases outside of my experience, this new collection of 10 songs feels like a departure, and artist stretching out in fresh directions. I caught Taylor live on acoustic tour with the duo, Kerosene Halo, at a club in Columbus a few years back and saw his folk/rock side, heard his lovely soaring solo vocals, and joining his friends in three part harmonies, which no doubt colored my expectations of this new work. However, Lovers, Thieves, Fools + Pretenders is something altogether different, embracing a gritty urban context through drum loops, sonic manipulations and a creative modern rock band, creatively combined under the leadership of producer and multi-instrumentalist Misty Jones.
For his part, Taylor writes in the album’s liner notes that he created this “music to own my demons before they could own me,” suggesting that the overall theme must be one of “redemption. The journey from self loathing and depression to peace and owning who you are: past, present and future.” To embody the emotional depths of these songs, Taylor modulates his vocals between that high soulful rocker voice, which has been favorably compared to that of Jeff Buckley, to a low growl in songs that describe a neighborhood like the one inhabited by Tom Waits on songs like “Beautiful Hurt.” “There’s an ugly beauty in the lines of my story,” he sings, “A story without a reason or a rhyme… A bridge broken between love and affection/A bridge that we don’t walk anymore.” Taylor may feel the need to sing a “Glorified Song of Depression,” but he sets his song of “trouble” to a soulful, funky groove. He may mourn the “Turning Pages,” where his vocal recalls the late Jim Morrison, and the “Ravages of Time,” but he grieves in a musical settings that ring out with possibilities, like the latter’s guttural rap verses over a slinky bass groove before a gospel vocal chorus suggests that “somehow we will survive.”
There’s an edgy soulfulness throughout the ten tracks that lives in the tension of the darker emotions and the music’s rather jubilant refusal to succumb. He may sing “My screws are loose, I got broken parts/I’m black & blue inside my heart” in “Everything Begins Here,” but he concludes with “confessions of the soul/wash my sin with rock & roll” and the music does just that. “Death may be on the phone,” but you can “shield yourself from a world of pain/singing ‘Glory Hallelujah.’” Because “when the devil hits you and you can’t get up/the only weapon you got is love, love, love,” and that will be enough.
Taylor has produced a big, sonically engaging sound here, part through loops and use of special effects, but at the heart of each track is a singer and his songs, supported by a capable band. Besides himself and his producer Misty Jones playing a variety of guitars, keys, drum programming and assorted miscellaneous instruments, they are supported by Chris Dodds on real drums, Justin Schneider on bass, Mitchell Connell on electric guitar. Taylor’s songs have always featured strong melodies, but in the past leaned toward traditional folk/rock settings. Here, the artist has reimagined the musical landscape and embraced fresh settings and new creative possibilities without relinquishing his unique vocal presence and artistic voice.
And in addition to the music, and all that went into it, Taylor’s art work and paintings can be seen in the cover art and lyric sheets. In the past, he’s provided cover art for Bill Mallonee’s “Forest Full of Wolves” album, and he regularly does live shows around San Antonio where he plays music, either solo or with his band, and makes paintings live on stage, presumably between songs. He sells his music on his bandcamp page and at ChrisTaylorWorld.com, where he also sells prints and original paintings. We’re all aware of strong artists, great musicians that play from their soul while struggling to make a living in relative obscurity. Lovers, Thieves, Fools + Pretenders is a strong enough album to attract a larger following. And it couldn’t happen to a nicer guy.
Key Tracks: “Turning Pages” / “Everything Begins Here” / “Glory Hallelujah”
Artists With Similar Fire: Arthur Buck / Gorillaz / Kerosene Halo
Chris Taylor Website
Chris Taylor Facebook
Chris Taylor Bandcamp
– Reviewed by Brian Q. Newcomb

Catholic Action – “One Of Us” [Video]