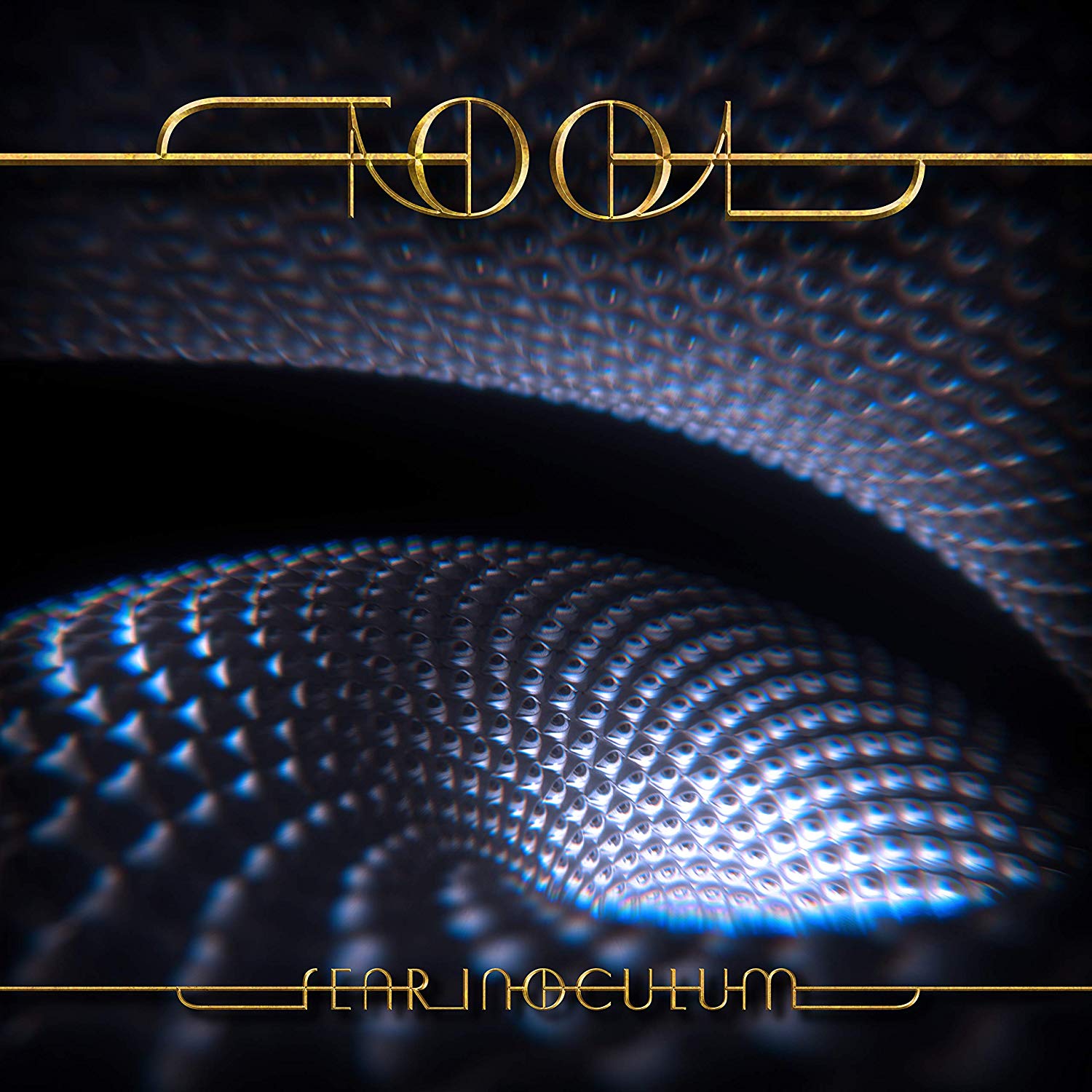 Fire Note Says: 13 years later Tool reawakens to deliver one of the most anticipated albums ever.
Album Review: Speaking on Tool’s fifth album, Fear Inoculum, lead vocalist Maynard James Keenan, says, “the album covers the idea of embracing where we are right now, acknowledging where we’ve come from and some of the things we’ve gone through.” Now, I believe that he’s referring to us as a people but, it could easily refer to Tool as well. The last we ever heard from Tool the year was 2006 and the album was 10,000 Days. Why the hold-up? Well, it was many things. Scooter incidents kept two members down for a while. Band members had many different projects(A Perfect Circle, Puscifer, Legend of the Seagullmen). Finally, Tool was caught in a multi-level lawsuit that involved artwork in which a friend claimed they made for the band. Long story short, the battle took 7 years but, it was resolved in favor of the band. This prevented them from releasing music. It’s a really weird suite and if you’re interested I suggest taking a look.
If you paid attention to the Tool reddit, July 27th, 2019 ten-thousand days have passed since the groups first release, Opiate. While nothing happened on that day, Fear Inoculum released on August 30th and I can confirm that it’s a Tool album. This album is fairly difficult to review because Tool basically wins by default. Tool as a band is a rare breed in terms of being a creative force. Their albums can either appear as religious doctrine or stereo instructions. First song released, album title, and first song on the album “Fear Inoculum pulses to life with a sheer whine. The 10 minuet track feel like the detachment of fear from self. A vaccination from fear perhaps? “Pneuma” is one of the strongest Tool songs in their catalogue. Pairing the mood of the “The Patient” with the thrash speed of “Jambi.” The album its’ self is very referential and “Pneuma” is no different. Maynard sings of the concepts of soul and creativity because the title, in philosophy, refers to the individuals vital spirit/creative energy.
It’s odd to say this about a Tool album but, it almost feels like a greatest hits in a way. I feel Tool can get away with this because first, while a lot of thing seem familiar, Tool’s intricacies shine through making each song more enjoyable than those before it. Second, -and I bet it’s hard to believe- Tool don’t take themselves to seriously. Yeah, some of their fanbase celebrate them as the second coming of Christ but, Maynard James Keenan’s general attitude is that I sing about bull shit with weird themes and metaphysical ties, take it or leave it. For example, the album has four “instrumental” tracks “Litanie contre La Peur” translated it means Litany Against Fear, “Legion Inoculant,” “Chocolate Chip Trip,” and “Mocking Beat.” Are these tracks pure Tool bull shit? Yes. Are they important on their own? No. Do they feed into the greater work therefore creating value? Yes.
Now, every member shines but, I’d be doing the album a disservice if I didn’t talk about Adam Jone’s tour-de-force “7empest.” Is the meaning hard to discern? No. Maynard starts the song out “Keep calm, Keepin it calm, Keep calm, FUCK, Here we go again.” The tempest is the internal battle of fear and anxiety and the struggle to pretend that it’s all ok. What makes the track so impressive is the 15 minuets of diversity the Jones provides. The tracks covers bases from Meshuggah to …And You Will Know Us By Our Trail of Dead and then some.
I truly believe that Tool’s Fear Inoculum occupies the same space as My Bloody Valentines m.b.v.. It’s an album that took a great amount of time to complete. With the album you know exactly what you’re getting. Fans will love it. If you hated the band before, this won’t do much to change your mind. I said Tool basically wins this review by default. The great machine that is Tool is rarity in the music industry. I implore you to give Fear Inoculum a listen and then you can decide how far you want to take it. Me, I say religious stereo instructions. Nothing more, nothing less.
Key Tracks: “Pneuma” / “Invincible” / “7empest”
Artists With Similar Fire: Porcupine Tree / …And You Will Know Us By Our Trail of Dead / The Mars Volta
Tool Website
Tool Facebook
RCA Records
– Reviewed by Christopher Tahy