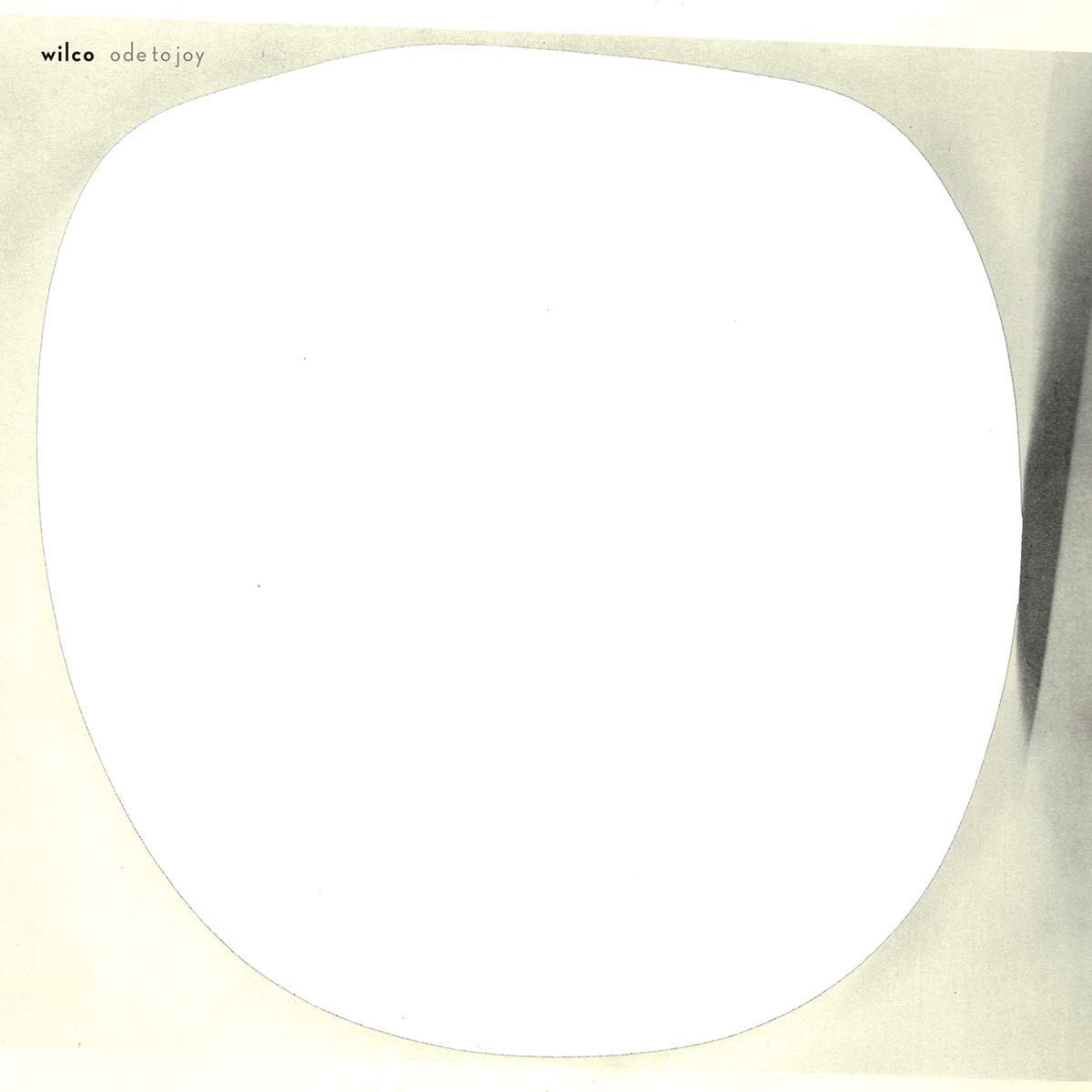 Fire Note Says: Wilco’s 11th studio album starts out resembling Jeff Tweedy’s solo albums, but the second half brings the band back to life on some of their best pop singles.
Album Review: The return of Wilco to the studio after a 2 and a half year hiatus from performing comes so close on the tail of the release of Jeff Tweedy’s solo album/s Warm and Warmer, that on early listens it feels like Ode To Joy is more a continuation of those works, than something new by the full six-piece band. The album opens with “Bright Leaves,” an intimate reflection on the feeling of having one’s bright colors shrouded under a bed of frozen winter snow. Next is “Before Us,” a sad rumination on the fact that we live in a time of endless wars in Afghanistan and beyond that reaches the inevitable conclusion that “now when something’s dead/We try to kill it again. Then we have “One and a Half Stars,” which like the two previous tracks centers on Tweedy’s hushed vocal and acoustic guitar, with a drum track, and a then the atmospheric presence of a bass, or piano, some studio feedback or other signs of other people nearby, but certainly not six rock musicians playing the songs at the same time in the same space. And, then you wonder, oh, and where is the joy?
Well, slowly but surely the band begins to reveal itself, starting with perhaps the best pop/rock song that Tweedy’s written in years, “Everyone Hides.” And as long as we’re celebrating the singles, “Love Is Everywhere (Beware),” is another song designed to serve up that familiar Wilco pop song majic, although these two songs are completely in the pocket, exactly what you would expect, which is kind of delightful, except the best things from Wilco in the past have come completely out of left field. Remember “Spiders (Kidsmoke)”? How about “Art of Almost”? “Impossible Germany,” anyone? Well, Ode To Joy has much more in common with the songs on the somewhat disappointing 2016 release, Schmilco, than any of those other expansive musical moments.
So, a Wilco fan who takes their joy where they can find it, will say there’s plenty to feel good about on those first two singles, and then we get “We Were Lucky,” which unleashes guitarist Nels Cline for a couple long doses of his solo shredding which tends to stretch to confines of the song’s chosen key to often very satisfying results. Gratefully, the second half of the album feels more and more like a Wilco album, with a growing number of musical contributions that push Tweedy beyond that comfortable solo sound he seems to have settled into.
Subject wise, Tweedy seems to be caught up in the same repetitive chaos that seems to dominate modern life. “Citizens” bemoans the ever-present “white lies” that come from the highest elected office of our country, never mind the “high crimes.” “White Wooden Crosses” recoils from the “all the people that I am not/And all their prayers and all their thoughts,” no doubt wondering like every parent what it would feel like to lose our child or loved one to some mass shooting. On “Hold Me Anyway,” which starts with again with Tweedy and his acoustic guitar reflecting on the meaning at the heart of life, or perhaps the apparent lack thereof, before he falls almost naturally into a fun little hook in the chorus with a bit of positive thinking: “Are we all in love just because?/No! I think it’s poetry and magic/Something too big to have a name/And when we get it right it’s still tragic.”
In that moment, Tweedy is describing the mystery at the heart of life, and the human connection between an artist and their audience, he’s pointing toward that thing in life that makes us get up in the morning and try again to make sense of life and love and everything else. And it’s enough to make me hope to hear 3 or 4 of these new songs when I see Wilco on tour next month, and to wonder if playing live together again this year might not drive them to want to reinvent themselves next year with an album that’s a bit less predictable and feels more like a band effort. Hope springs eternal, the saying goes, and joy comes in time to the one who waits.
Key Tracks: “Everybody Hides” / “Love Is Everywhere (Beware)” / “Hold Me Anyway”
Artists With Similar Fire: R.E.M. / The Jayhawks / Son Volt
Wilco Website
Wilco Facebook
– Reviewed by Brian Q. Newcomb