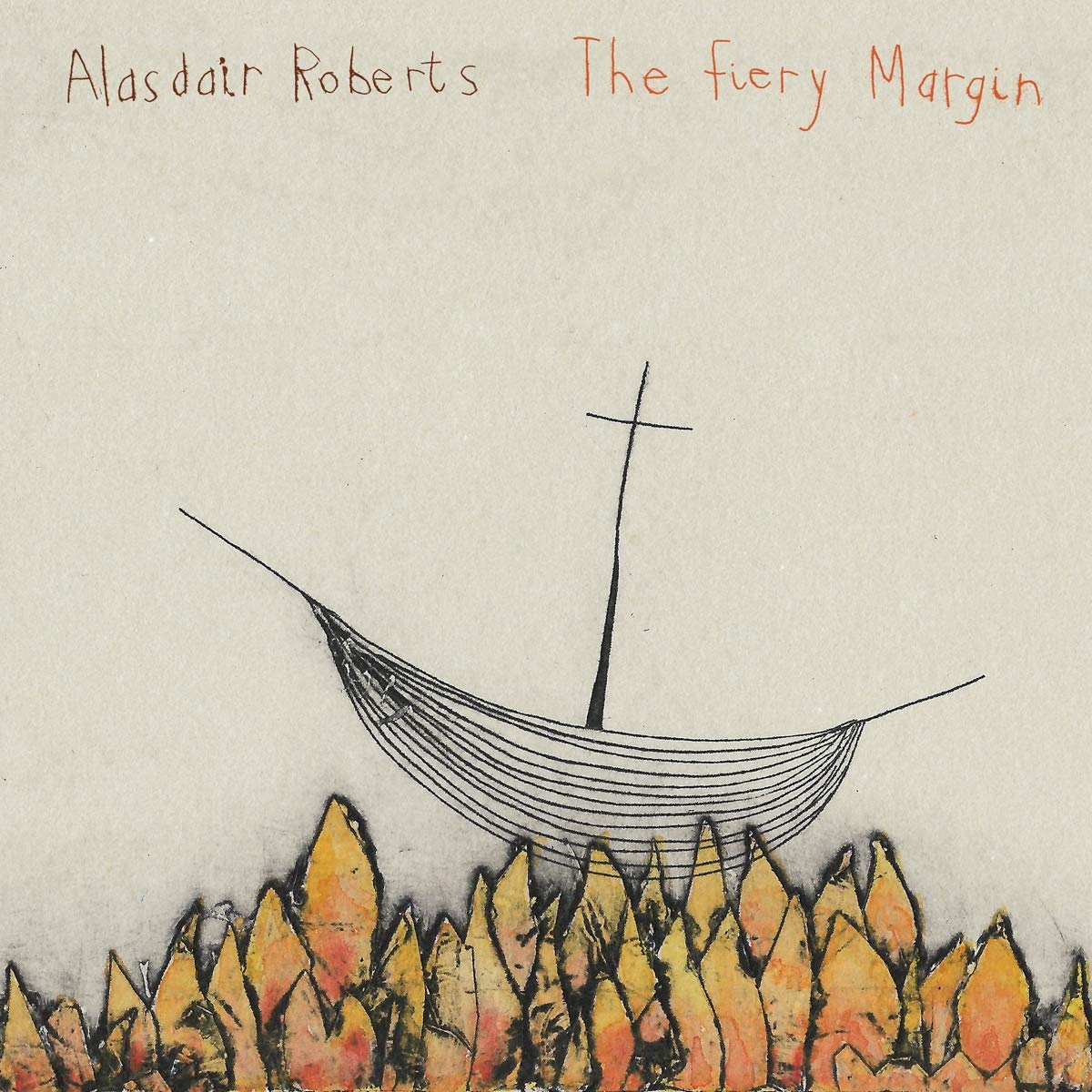 Fire Note Says: Scottish folk singer Alasdair Roberts returns with another album of originals that echo the traditional storytelling folk music that he would have grown up on.
Album Review: Scottish folk singer Alasdair Roberts has been consistently releasing albums of both original music and projects that collect songs that tell the stories of his native land. A regular collaborator with other artists, Roberts has been part of a folk supergroup The Furrow Collective, with Emily Portman, Lucy Farrell, and Rachel Newton, which released the 2018 album, Fathoms, and in that same year he released an album with Amble Skuse and David McGuiness, titled What News.
Here on The Fiery Margin, Roberts delivers a collection of original story songs written in the spirit and tone of the traditional music of his native Scotland, playing guitar and singing with the able support of his friends mostly on traditional instruments. Except for a few modern inclusions, mostly on the fake American country music feel of “The Stranger with the Scythe,” which has some comical pedal steel and jazzy saxophone, Robert sticks with traditional finger picking guitar, backed by fiddles and accordions, bass, Celtic drums, piano and pipes.
“False Flesh” opens the record, with a play on a very familiar melody, to tell a tale of betrayal and confession, but the details will take the most studious listener a while to sort unless they’re more familiar with Roberts’ rich Scottish brogue. The clear moral to the tale is “fall away false flesh,” or there abouts. “The Evernew Tongue” is lush and more dynamic, with the promise that “every song that’s never more sung, will sound again on the evernew tongue,” delivered as if sung around a fire in country pub by everyone gathered together. That old world flavor dominates, especially on “Common Clay,” the story of a gargoyle, and “Learning Is Eternal,” which upholds the value of telling stories and passing on common wisdom.
American listeners will hear similarities to the traditional Irish folk of artists like The Chieftains, and the more traditional Celtic folk leanings of the Waterboy’s Mike Scott, also Scottish, but Roberts is really an artist who’s devotion to the form and commitment to poetic storytelling stands on its own merits.
Key Tracks: “False Flesh” / “The Evernew Tongue” / “Common Clay”
Artists With Similar Fire: The Chieftains / The Waterboys / The Fairport Convention
Drag City Records
– Reviewed by Brian Q. Newcomb

Temples – “You’re Either On Something” [Video]