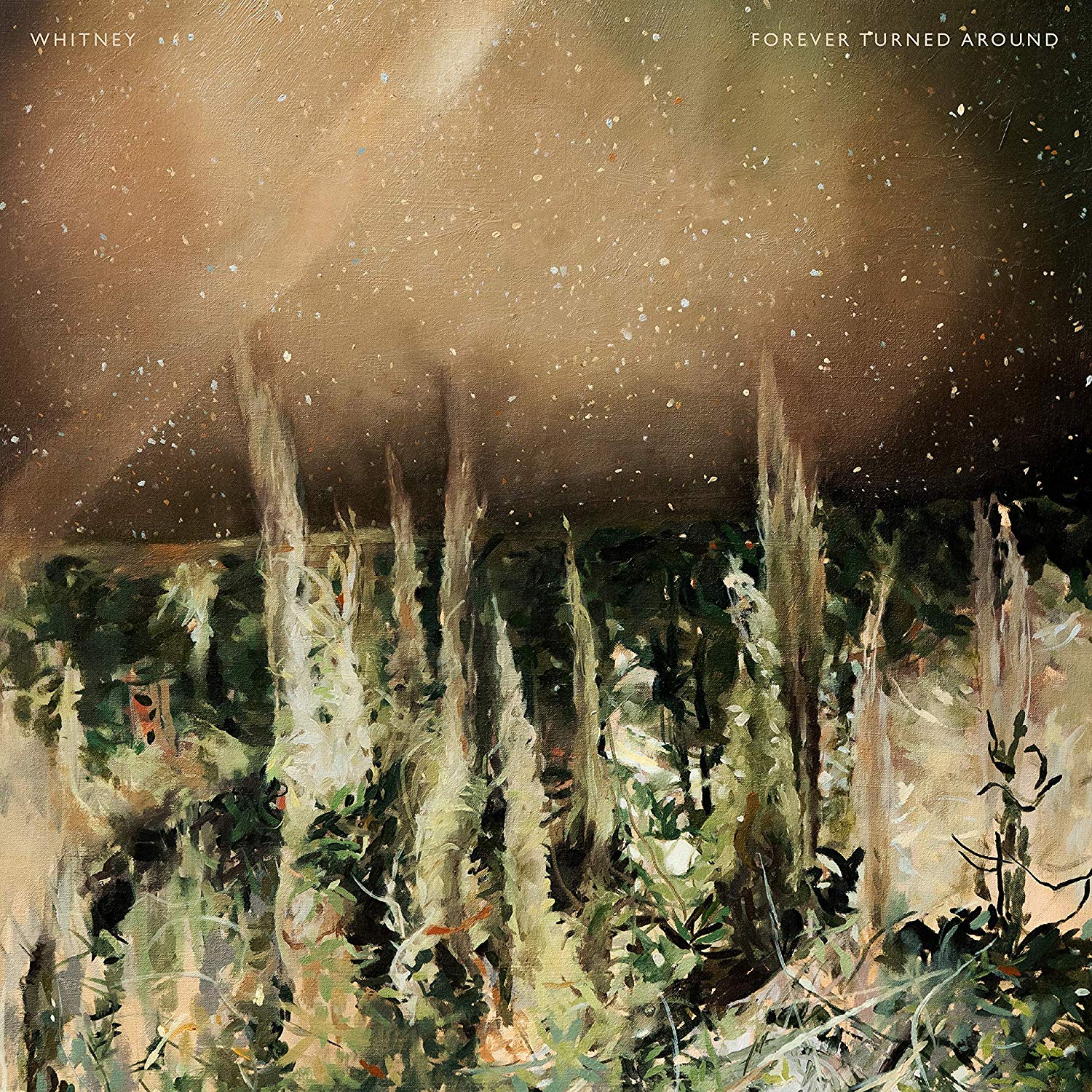 Who: Chicago’s Whitney return for their sophomore record after 2016’s Headphone Approved Light Upon The Lake.
Sound: Whitney bring back the warm 70’s soft rock sound that has a modern flare like Real Estate, Bon Iver and Iron & Wine.
TFN Final Take: Three years is a long time for a band like Whitney to release their sophomore record but where some bands might try to wow everyone with something completely different, Whitney have settled into their core. Forever Turned Around is much like the perfect continuing story of the excellent Light Upon The Lake. The album continues Whitney’s knack for warm harmonies, joyous sounding horns and streamlined guitar lines.
Even though you won’t find a catchy tune like “Golden Days” from their debut here, Forever Turned Around is musically tight and has plenty of hum along moments. “Used To Be Lonely” builds to an almost mid-tempo pace that, at times, could be mistaken for an Eagles tune which actually sits very well on this album. Another stand out track is “Valleys (My Love)” which just hits each instrument with precision and has such a sunny role that it almost makes you instantly smile.
Light Upon The Lake is still the Whitney classic but Forever Turned Around is a good record that holds up to repeat listens. There are some small risks here like the jazzy instrumental jam “Rhododendron” or how Whitney is not afraid to overuse the Wurlitzer but overall the band stays the soft indie rock path. All of these components are delicately put together and that is the winning sound of Whitney on Forever Turned Around which will have you coming back for more.
Whitney Website
Whitney Facebook
Secretly Canadian
– Reviewed by Thomas Wilde