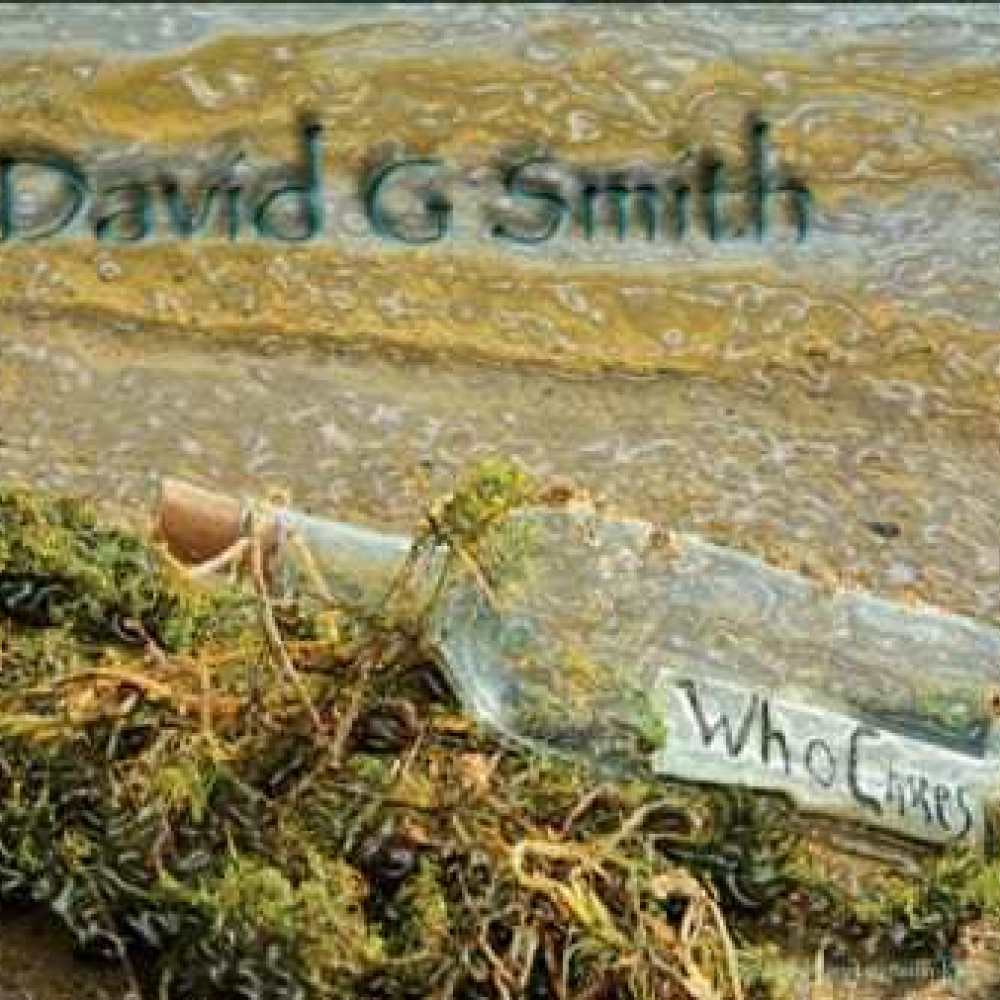 Fire Note Says: Americana singer/songwriter delivers a solid collection of story songs supported by the strong musicianship and production of Blue Miller.
Album Review: Who Cares is the fourth independent studio album from David G. Smith, a singer/songwriter native to Iowa, who’s cultivated musical connections in the Nashville songwriting community. Smith is a capable songwriter, and here supported by his producer Blue Miller and a handful of talented studio players – Joe Robinson on lead guitars, Doug Kahan on bass, Steve Grossman on drums, Tony Harrell on keys and accordions, and Larry Franklin on fiddle – he offers up a collection that leans toward folk/rock, country & Americana, rooted in strong melodies and solid instrumentation.
“Where Is the Medicine” opens the record with a bit of Delta blues in the slide guitar, while Smith’s song acknowledges the painful challenge of depression. “Mi Familia” tells Mexican migrants’ common stories of risking it all in the hopes of reaching the safe haven of the “Promised Land” here in the U.S. “Mary Alice” speaks of a woman truck-driver who leaves her family every week to drive freight cross country to pay the bills. “Say Die” describes a couple who maintain the family tradition of living on a houseboat near the Bayou delta, and Smith as he does consistently in his songs, writes a sing-along friendly chorus that brings a bright pop effervescence and energy to his folk/rock songs.
At their best songwriters are story-tellers, and David G. Smith delivers 12 solid stories, in accessible music that’s packaged in smart production. In “Shine,” Smith co-writes and duets with Mary Gauthier, a celebrated country singer/songwriter best known for her song “Mercy Now.” Together they serve up a bit of positivity that suggests we can share one another’s light. Smith’s songs are made all the more listenable by the solid players and sonic clarity that Miller and the supportive players bring to the task. A good tale and a catchy melody are a songwriter’s currency, and David G. Smith sends his own unique voice out in this fine collection asking, “who cares,” only to conclude that it’s “every soul who hears the music of love.”
Key Tracks: “Where Is the Medicine” / “Say Die” / “Shine”
Artists With Similar Fire: Mary Gauthier / James Taylor / Jason Isbell
David G. Smith Website
David G. Smith/Hey Dave Music Facebook
– Reviewed by Brian Q. Newcomb