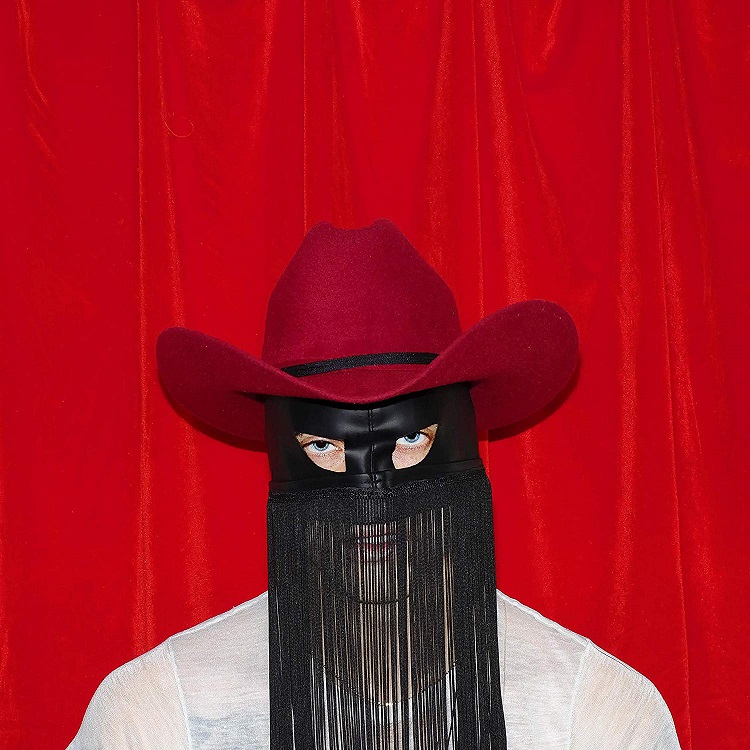 Fire Note Says: Orville Peck is the Great North American queer cowboy wonder.
Album Review: Saddle up partner, because we’re going on a wild ride with one of the biggest breakout stars of 2019: Orville Peck, a gay Canadian country singer who hides his face behind a be-fringed black leather mask and commands a booming, buttery voice that could conquer canyons and parries from the shores of Lake Ontario all the way to the shining Pacific coast.
With the March 2019 release of his debut record Pony, Orville Peck crooned his way onto the scene and into the hearts of thousands – he’s already sold out shows across the country. At first glance, the record seems a like it might be little more than an exercise in country-western nostalgia; from the wobbly first notes of “Dead of Night” to the final drum brushes of “Nothing Fades Like The Light,” Pony is old-school country through-and-through, and recalls Johnny Cash and Merle Haggard with flashes of Elvis Presley and Roy Orbison.
But that, of course, is no small feat, and Pony is no small record. From his haunting baritone to his masterful songwriting, Orville Peck is operating on a different level. For all his flare and panache – the fringed mask, the custom suits – he cultivates a humble and charming air, which initially manages to mask the sheer ambition and talent it takes to produce a work as genre-bending and enrapturing as this.
Not content to merely combine outlaw country and old school singer songwriter styles, Pony finds Orville Peck dipping into alt-rock, 1980s pop, and 2000s shoegaze to create a rich, dynamic, and vibrant world. Peck’s psychedelic vibe and flare for camp transform his songs into wondrous soundscapes, his voice booming over them like a howling wind sweeping over a dusty plain as he spins stories of love, lust, loss, vengeance, and romance.
Especially on standouts “Turn To Hate” and “Take You Back (The Iron Hoof Cattle Call),” it’s clear that no one is having more fun on Pony than Orville Peck himself. It’s a thrilling debut that signifies the arrival of a masked wonder who deserves to win the hearts every indie and alt-country fan on this side of the Mississippi; the kind of record that makes you wonder how on earth you ever went this long without it. Yeehaw!
Key Tracks: “Dead of Night” / “Turn to Hate” / “Take You Back (The Iron Hoof Cattle Call)”
Artists With Similar Fire: Alex Cameron / Elvis Presley / Roy Orbison
Orville Peck Website
Orville Peck Facebook
Sub Pop Records
– Reviewed by Dylan Gallimore