The Minus 5: Stroke Manor [Album Review] 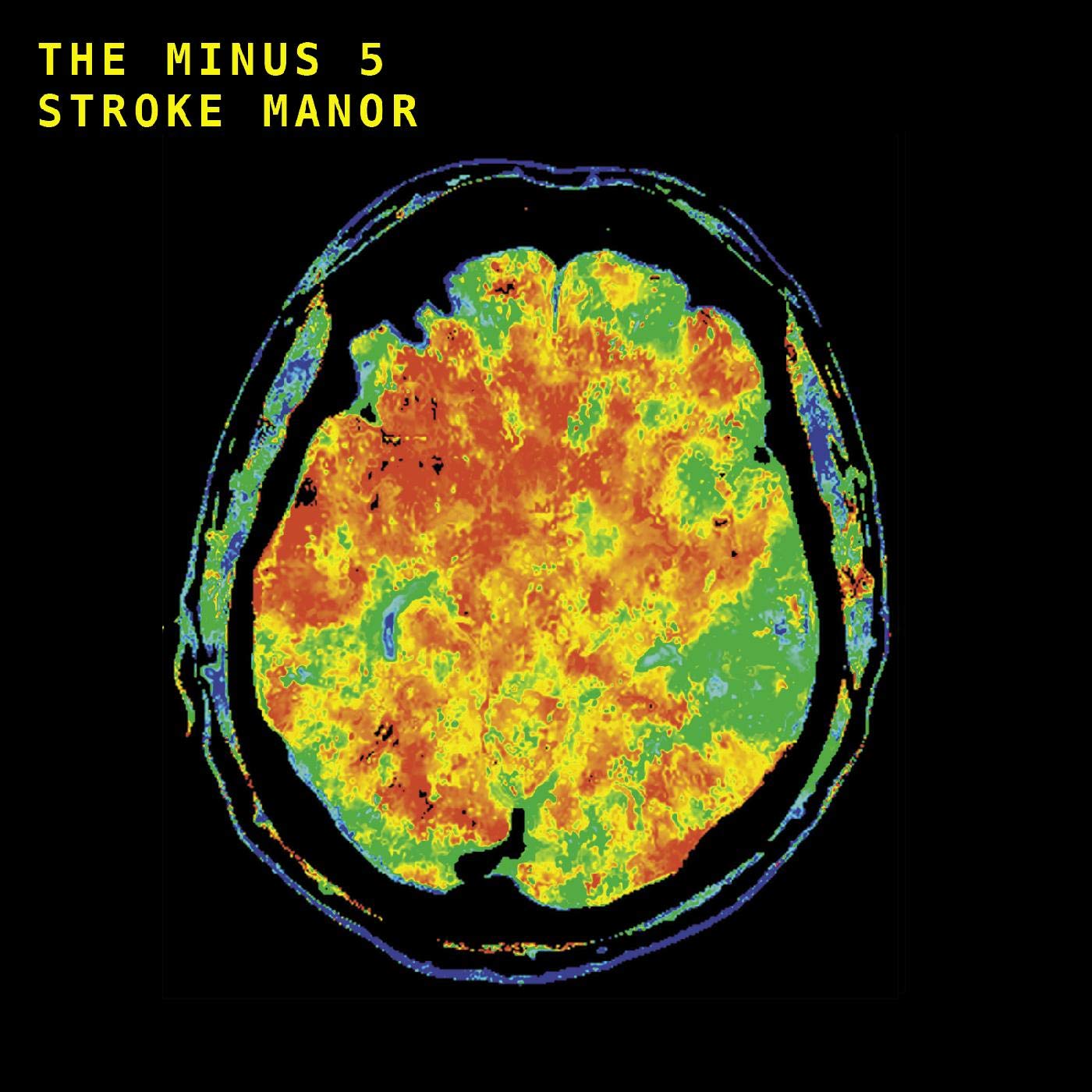 Album Review: In November of 2017, Scott McCaughey, the central figure in The Minus 5 alongside Peter Buck, who also played an auxiliary role in R.E.M. when it was active, had a stroke that pretty much stripped all knowledge of music from his memory. The Portland, Ore. guitarist’s doctor predicted he would never play music again, but according to his bio on the Yep Roc page, McCaughey immediately began planning out his next album. Besides his contributions to R.E.M., McCaughey was central to the Seattle band Fresh Young Fellows, he and Buck and Steve Wynn recorded as The Baseball Project, he and Buck and Corin Tucker played together in Filthy Friends, which released an album this year, and back in 2016 he and Buck both wrote and played with on an album for Alejandro Escovedo that they produce, and then went on to tour as his band.
The Minus 5 has always served as a side project for McCaughey and Buck, while the band was loose enough a gathering to include a host of supportive collaborators, often depending on who was in passing through Seattle when they were recording, including dozens of musicians as varied as Wynn, Patti Smith, GBV’s Robert Pollard, Wilco’s Jeff Tweedy, John Wesley Harding, and many, many more. But this time out, more than perhaps in the past, Stroke Manor, is by its very nature a record by McCaughey describing his unique experience of spending three weeks in the hospital, at first mute and entirely unsure if he’d ever be able to do the one thing that had marked his entire existence on this planet before that stroke: make music. As such, the lyrics for the album come entirely from a notebook that McCaughey kept as he was trying to relearn how to communicate, which the album’s Yep Roc bio suggests includes misheard sentences and made-up words, things he was thinking while struggling, including his hopes and fears.
As such, you can begin to make sense of some of the titles, like “MRI,” a noisy rocker that’s clangs and bangs will be familiar to anyone who’s been in those loud machines, that McCaughey sings in a strained falsetto. Others suggest conversations with his visitors (“Message of Mother”), viewing old movies on late-night TV (“Beacon From RKO”), or music brought in by friends to help him recall some of what he’d lost, like a Beatles’ playlist put together by Buck, which gets a shout out in “Beatles Forever (Little Red).” While the lyrics, which often make little rational sense to this listener, can feel random, even confused, musically McCaughey channels familiar chord changes the echo gritty 70’s and 80’s folk/rock and punk rock, including some fun things like “My Collection,” “Bleach Boys & Beach Girls,” “My Master Bull,” and “Well in Fact She Said.”
From the cover art look inside McCaughey’s head, to the construction of these songs and the fractured language of the lyrics, the album is simple about this one thing: the struggle of a musician to overcome the medical odds to recover his ability to make music, while his progress or lack there of is integral to the final product. It’s artful through and through, and ultimately a testament to a recovery that is truly beyond words. The closing number, “Top Venom,” gets it’s lyrics from flash cards McCaughey used to communicate with those providing him care, and connects to the tragedy of disabling injury in ways that make his recovery and the existence of Stroke Manor all the more a triumph: “I am short of breath/I am in pain/… I want to be comforted/I want to get out of bed/I want to go home.”
Key Tracks: “Bleach Boys & Beach Girls” / “Plascent Folk” / “Well in Fact She Said”
Artists With Similar Fire: Filthy Friends / Replacements / The dB’s
The Minus 5 Website
The Minus 5 Facebook
Yep Roc Records
– Reviewed by Brian Q. Newcomb