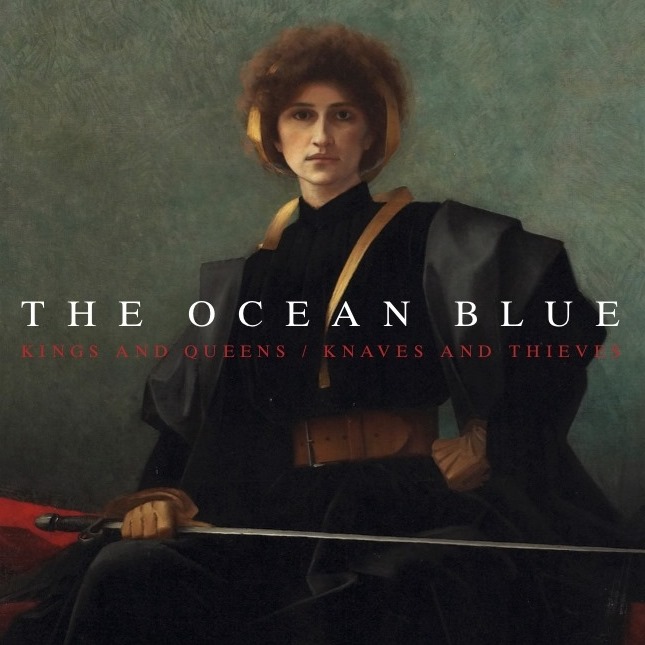 Album Review: The Ocean Blue return after a six-year absence (and nearly a decade before that) with a sound that would feel right at home on their earliest major label albums, including their self-titled debut released 30 years ago. Signed by Sire records while still in high school in Hershey, Pennsylvania, The Ocean Blue were so enamored with British acts like The Smiths, New Order, and Echo & the Bunnymen, that early airplay successes like “Drifting, Falling” and “Ballerina Out of Control” led many fans to assume they too were English. Bright, echo-y guitars like those from Cocteau Twins, dreamy atmospheric synths, and introspective vocals were all the rage before the 90’s found alternative music taking a left turn toward Seattle grunge, and The Ocean Blue fit right in. Here on their 7th full-length release, singer/songwriter David Schelzel’s lyrics may suggest that the band has aged and grown deeper through the challenges we all face, but even with a few changes in personnel, they’ve remained true to their original musical interests.
The album opens with the title track and immediately pulls you back into the swells and atmospherics of The Ocean Blue sound, a bit of the jangly guitar sound, and a pleasing pop hook in the song’s chorus, The band’s video of the song mixes performance shots with an echo of a classic moment from an Ingmar Bergman film, which finds Schelzel playing a symbolic game of chess with a supposed Grim Reaper, while the lyrics here and throughout the album suggest some struggling with those pesky existential questions about the meaning and purpose of life. Titles like “Love Doesn’t Make It Easy On Us” and “Therein Lies the Problem With My Life” (this one, the most obvious nod to Morrissey & The Smiths), point out the growing awareness of life’s complexity and challenges that tend to come at mid-life.
Schelzel is currently joined by original bassist, Bobby Mittan, Oed Ronne joined the band on guitar and keyboards in ’93, in time to record “See” for the Mercury label, and Peter Anderson came on board as drummer in 2000. Together, the quartet continue to deliver artful pop/rock in the vein of their earlier albums, like up-tempo tracks, “Paraguay My Love,” “It Takes Too Long,” and “All the Way Blue.” There may be undercurrents of angst in some of Schelzel’s lyrics as he considers the deeper meaning of life from the perspective of age, I have to say this music is just too bright, bouncy and buoyant to bring anybody down. Lately, we’ve been seeing rejuvenated tours from 80s bands like Echo, The Church and Psychedelic Furs, and The Ocean Blue, now over 30 years in, are a good fit for that new wave/Brit pop revival.
Key Tracks: “Kings and Queens” / “Paraguay My Love” / “All the Way Blue”
Artists With Similar Fire: The Smiths / New Order / The Choir
The Ocean Blue Website
The Ocean Blue Facebook
Korda Records
– Reviewed by Brian Q. Newcomb

Strung Out – “Under The Western Sky” [Video]

1 thought on “The Ocean Blue: Kings And Queens / Knaves And Thieves [Album Review]”