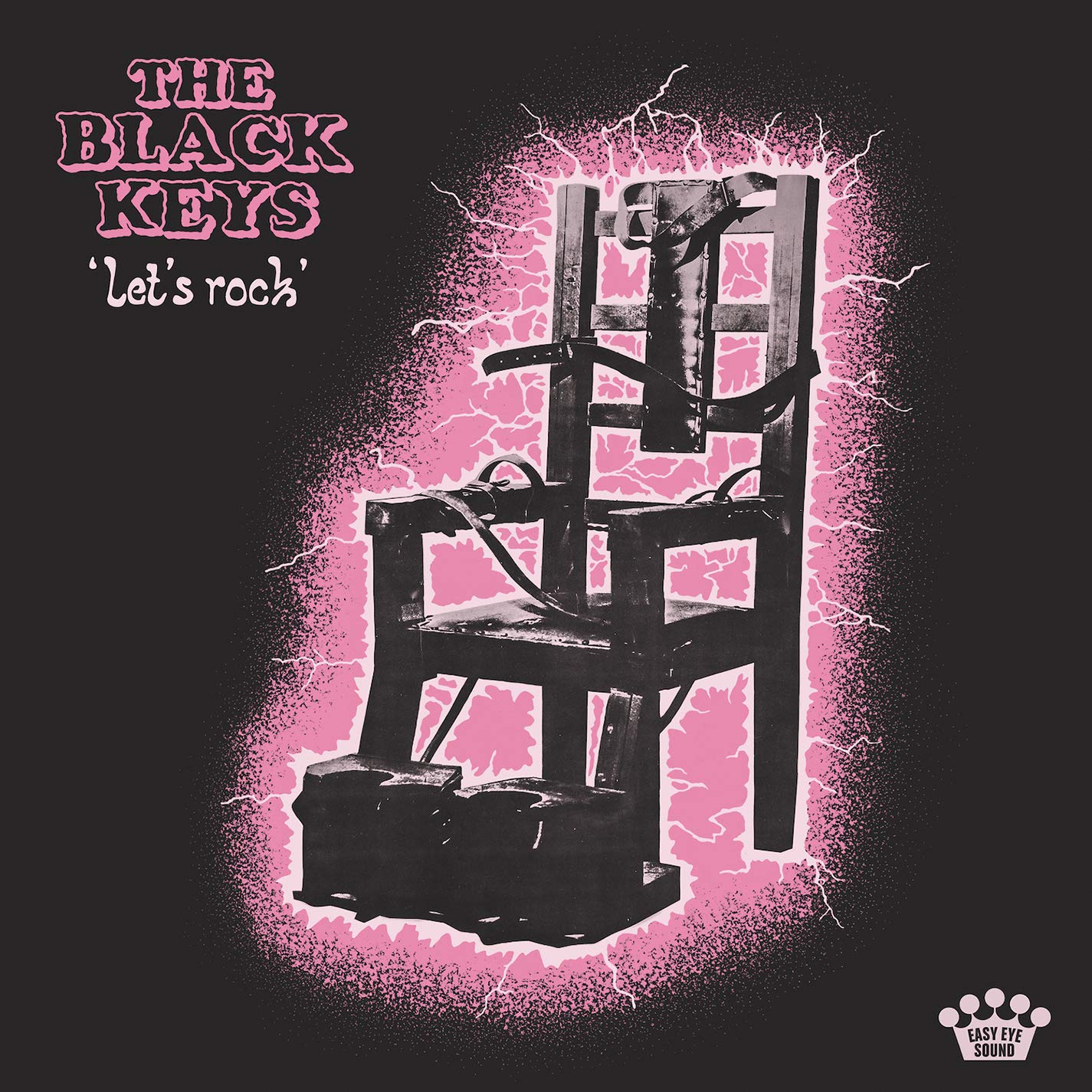 Fire Note Says: The Black Keys return with a fun album that lives up to its title: Let’s Rock.
Album Review: Too often, when we think of rock music – that guitar driven folk music of the common people that grew out of geographically unique blends of blues, R&B, country/folk – we think of angst-filled youths filled with passion, anger and yearning. What’s missing in that equation is that this organic music has always been as much fun to listen to and play as it was liberating and cathartic. Often what gets lost is something that The Black Keys remind us on their ninth studio album, Let’s Rock, that the best rock & roll music has always been rooted in a catchy, memorable hook, a beat that moves your ass, and a down-to-earth pop song approachability that doesn’t take itself too seriously.
After a five year hiatus spent individually on a variety of projects – Patrick Carney collaborated with John Petkovic to create a tribute to Akron, OH, Sad Planets, while Dan Auerbach played with The Arcs, released a solo album, and produced an album for The Pretenders and a host of lesser-known artists – The Black Keys duo have returned to recording with a certain fire in the belly and recorded another fun rock album ahead of their early fall tour with Modest Mouse. Let’s Rock doesn’t find Auerbach and Carney reinventing the wheel, but as on El Camino (2011) and Turn Blue (2014), they show up with a solid collection of pop/rock songs that, as Carney suggested in an interview, is “an homage to the electric guitar.”
However, that title has given rise to heightened expectations for this album, which no doubt has more to do with the absence of major rock acts (on major labels) producing fresh work while the world’s youths have reportedly turned their attention to pop infused hip-hop, rooted in electronics, keys and studio gimmickry. RollingStone magazine’s co-review with the latest from Jack White’s Raconteurs painted these two fine albums as the saviors of rock, overlooking how often messiahs have let us down. But indie rock fans, as you know, can point to lots of vibrant, creative rockers busily releasing new, edgy rock music, so no one needs to “save rock & roll,” and lots music fans know they just need to work a little harder to find fresh new sounds.
The Black Keys have always had more mid-western humility and a bigger sense of humor than that hype suggests. In fact, they take this album’s title and the electric chair cover art from a death row inmate response to the word that his time in the hot seat had arrived. As such, the 12 tracks here less a revelation and more of a celebration. Auerbach and Carney have delivered more than a handful of strong rockers – a quartet of which open the album, “Shine A Little Light,” “Eagle Birds,” “Lo/Hi” and “Walk across the Water” – but underneath all the muscular “sturm und drang” that Auerbach is able to create with his guitar, you’ll find a fair number of mid-tempo pop hooks with a sing-along chorus. And a quick glance at the music videos presented on the band’s website reveal how seriously the duo take themselves. “Go,” which feels like 70’s classic summer AM radio rock, finds Carney & Auerbach feuding at a therapy retreat surrounded by a hippie guru love fest. And “Sit Around and Miss You,” which recalls Gerry Rafferty’s “Stuck In the Middle With You,” and “Fire Walk with Me” feature a pair of hippies dancing by their van and a warden dancing around said electric chair, respectfully. They’re a hoot, and the album, on repeated listening, just gets better and better.
As a guitar hero, Auerbach isn’t going after a sound all of his own, but he’s delivering his own take on some of the crucial instruments most revered sounds, and classic solos. He’s studiously crafted an album’s worth of solos that celebrate the instrument, while delivering potent solos that work very well with the pop/rock song constructs he and Carney have come up with. It’s not rocket science, it’s rock & roll, and it delivers the goods. So, yes, Let’s Rock. And then, let’s rock again.
Key Tracks: “Lo/Hi” / “Eagle Birds” / “Every Little Thing”
Artists With Similar Fire: The Raconteurs / The Record Company / The Strokes
The Black Keys Website
The Black Keys Facebook
Nonesuch Records
– Reviewed by Brian Q. Newcomb