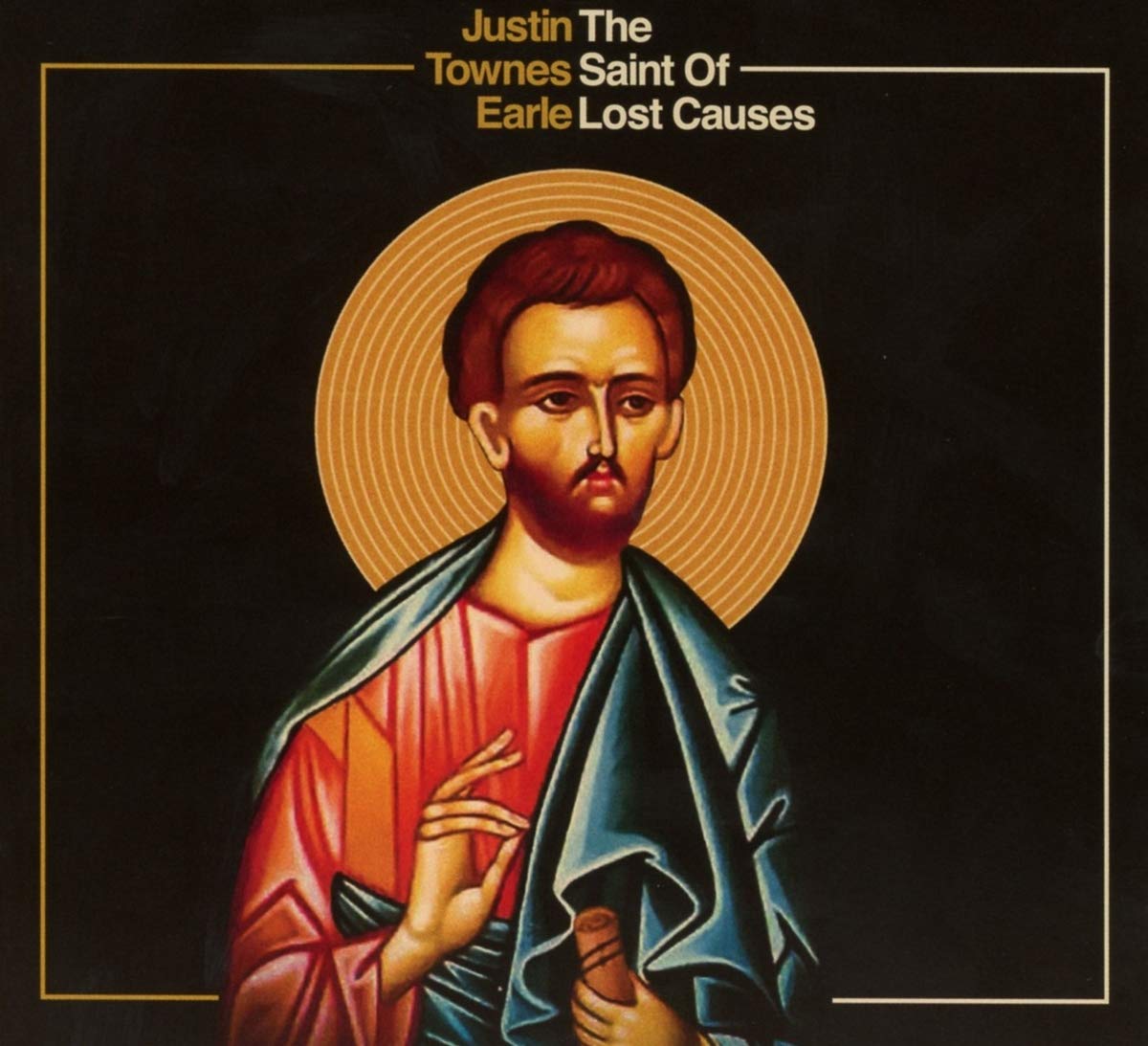 Fire Note Says: Justin Townes Earle produces a country songwriting tour de force on his eighth album, The Saint of Lost Causes.
Album Review: The Saint of Lost Causes, the eighth album from singer/songwriter Justin Townes Earle, is such a solid example from start to finish of traditional country & country/blues songwriting that you could use it as a text book for aspiring songwriters in that mold. Of course, you’d might expect that from someone with that name, the son of Steve Earle whose middle name is father’s friend and songwriting hero, Townes Van Zandt, but we know from experience that musical talent is often hard earned and rarely the simple result of birthright or absorbed by osmosis. At 37, with a history of addiction, two significant stints in rehab, and hard won sobriety isn’t the whole story of this Earle (no matter how much it mirrors that of his father), as he has also produced an impressive catalog that displays an artist that has learned and grown stronger and more creative with each new release.
The Saint of Lost Causes is not modern country, or some rock amalgam that flies under the moniker of Americana, this is old school, traditional sounding country, solid storytelling in the songwriting, and brought to life by a solid band that is more interested in serving each song well than in blowing the doors off with hot shot instrumental prowess. Starting with the title track, the twelve songs here find Earle trying to make sense of the brokenness, pain and struggle that defines everyday life for most people. “It’s a cruel world,” he sings at the top, “but it ain’t hard to understand.” Most of these songs describe the world’s cruelty in one form or another, and while every storyteller exposes something about themselves along the way, only in the final song, “Talking To Myself,” do we get the sense that Earle is touching on something deeply personal.
Take the bluesy shuffle that is, “Ain’t Got No Money,” and “Say Baby,” a politically incorrect pick-up song of sexual longing for connection, two about common human desires that have long been the fuel of songwriters. Elsewhere we get a larger sense of specific pieces of geography, like the pedal steel soaked “Mornings In Memphis,” the dreamy “Over Alameda,” or the swinging, traveling country sound of “Pacific Northwestern Blues.” “Flint City Shake It” exposes the deep challenges faced in that notorious Michigan community, the true backwater (literally) of Detroit, which is described as a fun, rockabilly turn. The bluesy “Don’t Drink the Water” gets directly to the point, but it’s about how those “sons of bitches” whose strip-mining efforts polluted the water source but wrote it off as “an act of God.”
Justin Earle is at the top of his game as a storyteller, here, and his singing voice is as vital as ever. The music is co-produced by Earle and bassist Adam Bednarik, but it benefits throughout by the guitar playing of Joe V. McMahan and Paul Niehaus, solid rhythms of drummer Jon Radford, and keys and harmonica of Cory Younts. But, as previously noted, this is country, with a strong side of folk and blues, it only rocks when the songs pick up the pace, which is often enough to keep things interesting, but even then it’s old school, earthy and never pulls the attention away from Earle’s songs and voice. The Saint of Lost Causes sees all the world’s darkness and doesn’t look away, but listening to music this human, honest, and real carries all the light you’ll need to see through to a new day.
Key Tracks: “Morning In Memphis” / “Flint City Shake It” / “Talking to Myself”
Artists With Similar Fire: John Paul White / Sturgill Simpson / Old 97’s
Justin Townes Earle Website
Justin Townes Earle Facebook
New West Records
– Reviewed by Brian Q. Newcomb