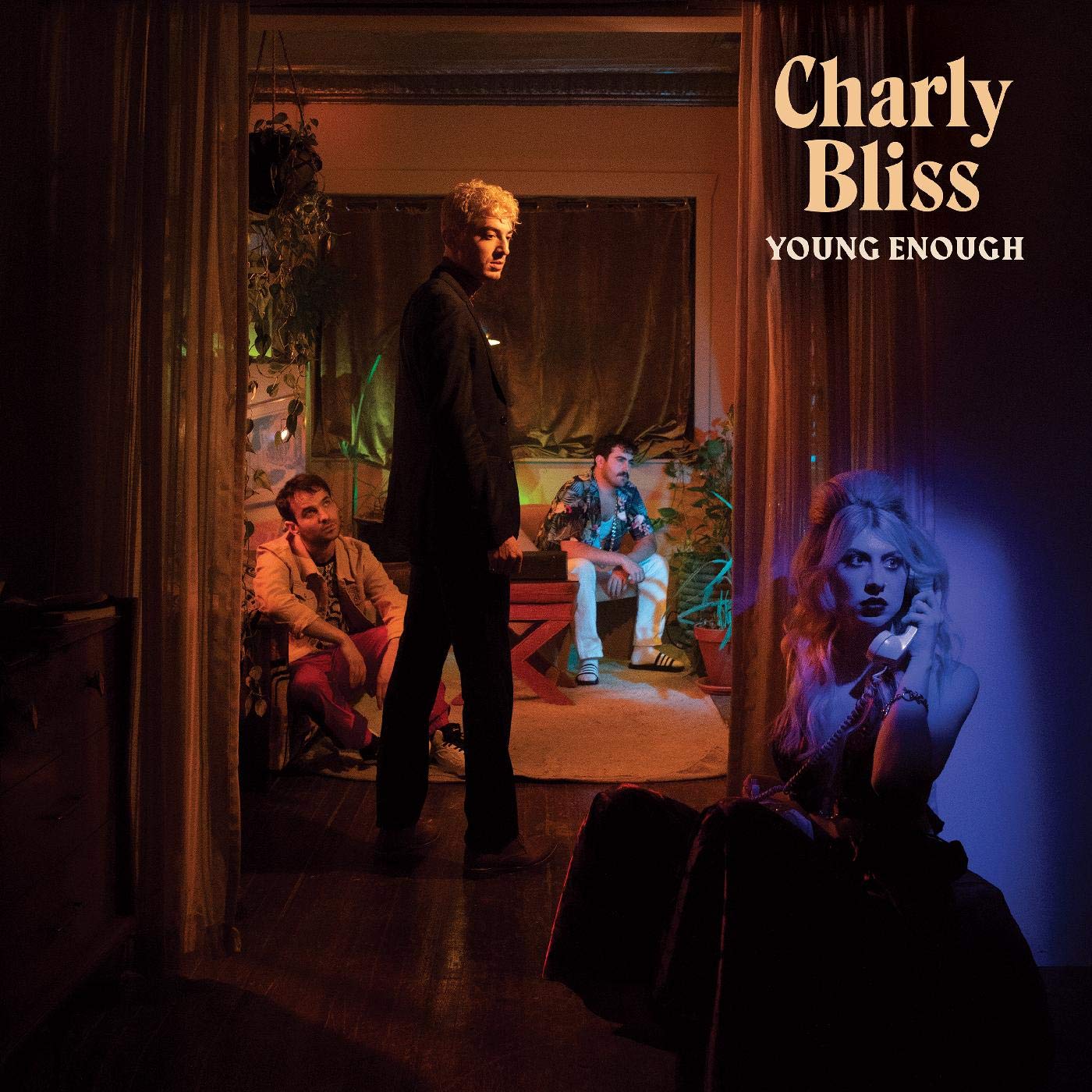 Who: Charly Bliss are back with their sophomore album Young Enough. It was produced by Joe Chiccarelli (U2, Beck, Alanis, The Strokes, The Killers, My Morning Jacket, Cage The Elephant).
Sound: Unlike some of the alt grunge on debut Guppy (2017), Charly Bliss now goes darker and poppier here. Fans of The Beths, Bleached and Speedy Ortiz should add Charly Bliss to their list.
TFN Final Take: The first thing about Charly Bliss is that you need to adapt your ears to lead singer Eva Hendricks’ voice. It is very high pitched and if this is your first listen to the band your initial reaction may be to switch the track. Don’t! She quickly grows on you as the band’s sophomore album, Young Enough, is polished just enough and streamlines all of the Charly Bliss indie rock with a solid injection of pop.
This mix could have been a disaster for such a young group but they pull of this synth rock mix with ease as Young Enough can pack a punch like the riffs and pounding drums on opener “Blown To Bits.” “Bleach” is another highlight on the record with its quick foot tapping beat and Hendricks last breath sounding vocals when she exclaims “I’m fucking joy and I hemorrhage light.”
Combined with smart pop sensibilities and strong lyrics, Charly Bliss have returned with a very trendy sounding record for today that is built on catchy melodies and good old-fashioned indie rock. This is an album that takes several spins to absorb so make sure you give Young Enough its proper time as Charly Bliss will start to take up some permanent residence in your playlist!
Charly Bliss Website
Charly Bliss Facebook
Barsuk Records
– Reviewed by Thomas Wilde