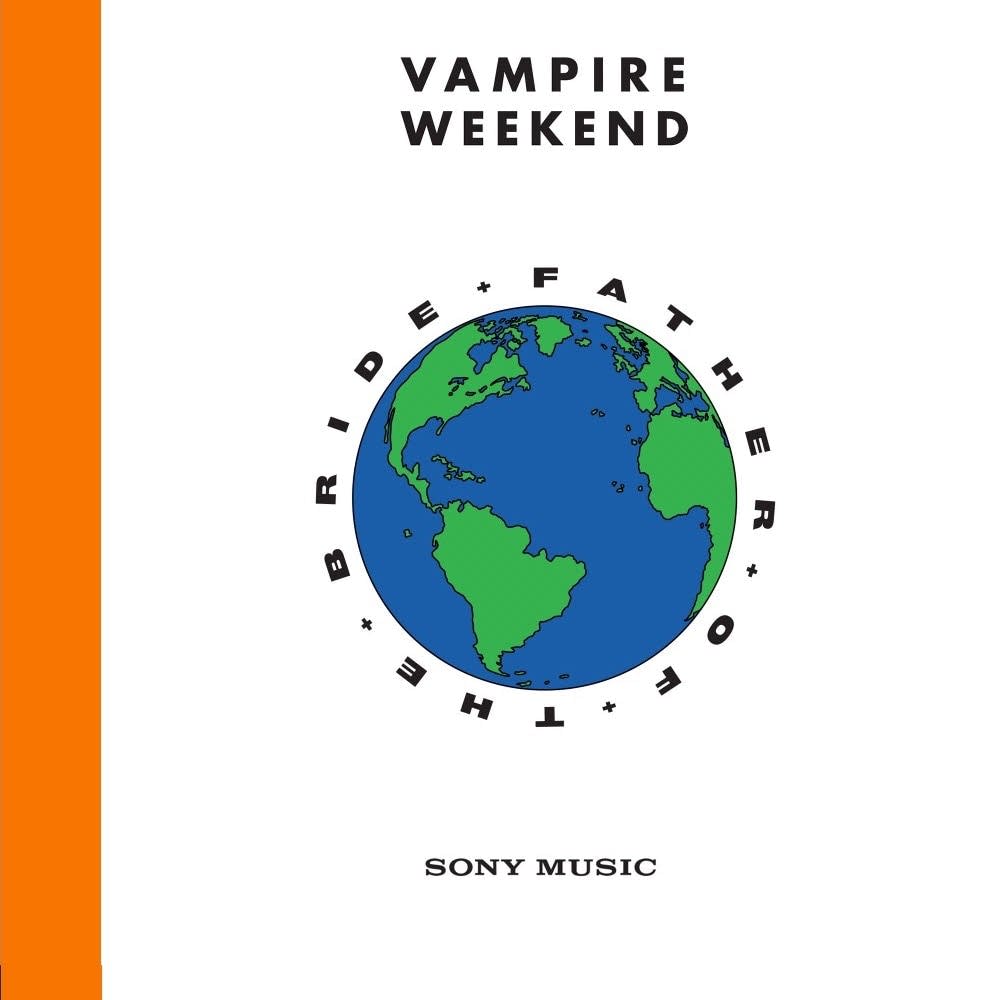 TFN Final Take: Six years between records is a long time for any group and especially in this current music climate when people forget about you as soon as their newest Spotify playlist has ended. Well, Vampire Weekend have done just that with their new release Father Of The Bride. This outing of course follows their excellent 2013 release Modern Vampires Of The City which landed at number 3 in our year end Top 50. Can the magic still be there for a band that held our #1 spot with their self-titled debut in 2008 and #6 in 2010 with Contra? Almost.
That answer may be a letdown for longtime fans but for all the great moments on Father Of The Bride, it also has a few hiccups. One of those hiccups is quantity. With almost 60 minutes of music spread out over 18 tracks, Father Of The Bride is a bit bulky. With that said, the sequencing of the album and balance of longer next to shorter tracks keeps it from lagging too much and this grandiose type of return allowed for some different approaches. Falling into the newness category and complete change of course for Vampire Weekend is the psychedelic flamenco jam “Sympathy.” The song is a mix of Blur meets the Chemical Brothers right down to its chaotic ending. Turns out – the track is a highlight!
Another turn and addition on Father Of The Bride is the vocal help from Danielle Haim. You may not enjoy her band Haim but she has a great voice and the opening duet “Hold You Now” showcases her talents. Pairing with Ezra Koenig throughout this album, Haim blends in well. Outside of those songs, there are plenty of classic sounding VW tracks like the bounce of “This Life,” “Harmony Hall” and “We Belong Together.”
Overall, Father Of The Bride is much looser compared to Vampire Weekend’s previous albums. It does make sense as the material is more mature and fits the band’s (and probably fans) average age. Father Of The Bride does grow with you upon each listen and songs have a real capability to sink into your head. I am sure the record will play great live with older material and it will keep Vampire Weekend in your mindset, which includes hoping they don’t take so long next time to release a new record!
Vampire Weekend Website
Vampire Weekend Facebook
Columbia Records
– Reviewed by Thomas Wilde