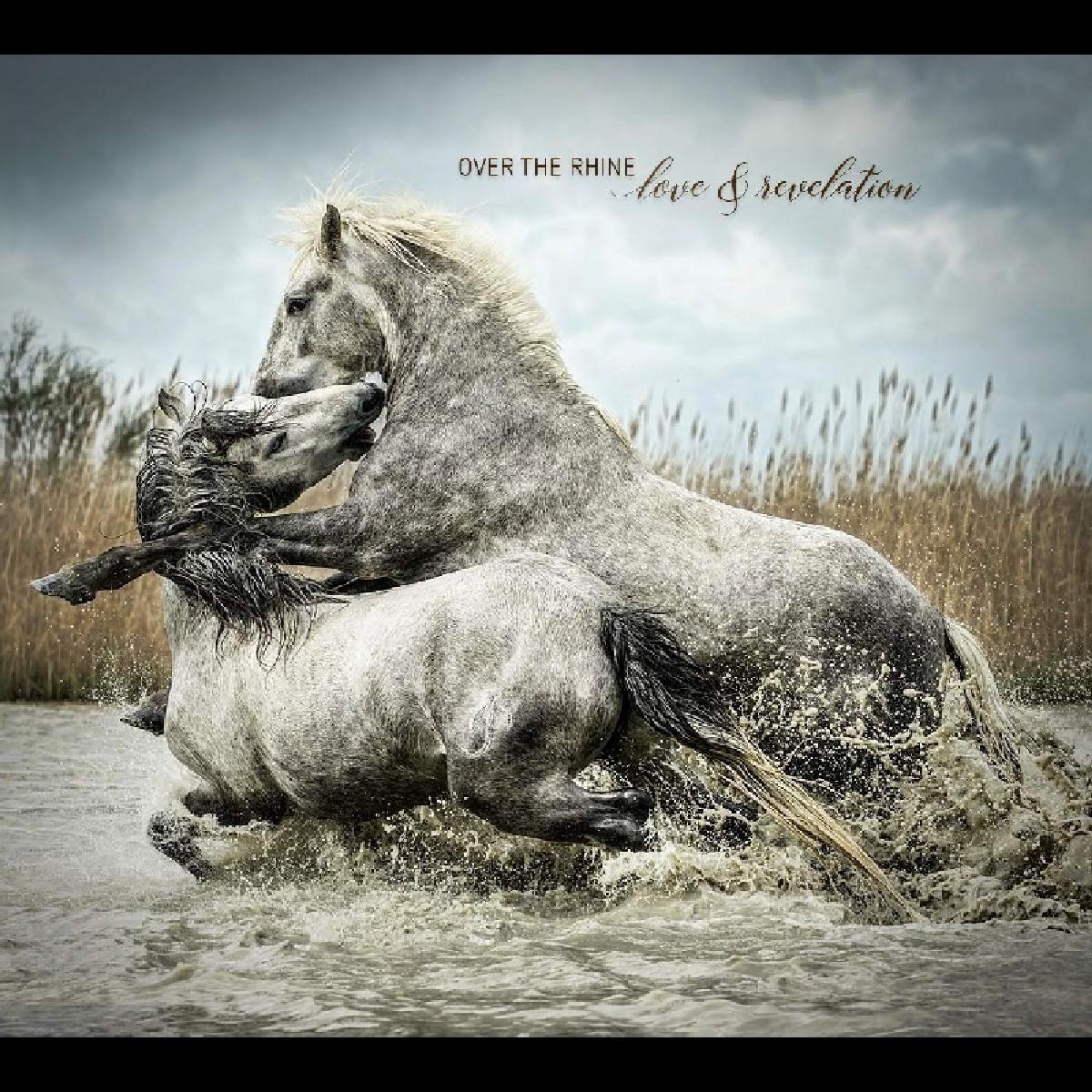 Fire Note Says: Love & Revelation delivers another fine chapter in the artful catalog of Over the Rhine, a fine songwriting duo on their 15th album.
Album Review: As songwriters, Karin Bergquist and Linford Detweiler have always invited people into their “Earthbound Love Song.” In the 30th year of their artistic sojourn as Over the Rhine, which was a quartet for that first decade including guitarist Ric Hordinski and drummer Brian Kelley, Detweiler and Bergquist continue pulling back the curtain on their inner lives, making evocative music rich with poetic leanings, often wearing their hearts on their sleeves.
Married for 22 years, they started out inviting us into the urban Cincinnati neighborhood that gave them their name at first, then in 2003 to their state of mind in Ohio, a brilliant double album, and with 2007’s they offered a glimpse of their intimate romance on The Trumpet Child. In two of their best songs ever, on 2010’s “The Long Surrender,” they capture a picture of the madcap goings on inside the nursing care unit where Bergquist’s mother is living out her later years (“Only God Can Save Us Now,” while confessing that “All My Favorite People” are broken, part saints and part sinners, orphaned believers and skeptical dreamers. “It ain’t gonna be pretty,” they warned us, but assured us, “you’re not alone.”
On their last album, another brilliant double disc collection, 2013’s Meet Me at the Edge of the World, they invited us to walk with them around the farm that they “Called Home,” in the middle of nowhere, Ohio. And in recent years, they’ve even hosted their own Nowhere Else arts festival in their own back yard on Memorial Day weekend, two days to appreciate music, art, earth and sky, in Clinton Co., Ohio. Who does that, invites a few hundred of their friends over to camp out, drink wine and listen to music?
Love & Revelation is the first collection of new songs in six years, and as you would expect they follow on the musical path laid out on the two previous albums, which were produced by Joe Henry, who gave them the name for this new one. The duo self-produced this time, but relied on the familiar collection of studio players they affectionately call the Band of Sweethearts, which features veteran Greg Leisz, who’s played with everybody and their mother, on electric guitars, pedal steel and mandolin, second guitarist Bradley Meinerding, Patrick Warren on keyboards, Jennifer Condos on bass, and Jay Bellerose on drums. While the songs here lean toward folk balladry, a couple of strong pop leaning numbers stand out, the title track, and the fun “Rocking Chair.”
Bergquist and Detweiler’s sense of humor shows up here and there, but the opening track, “Los Lunas,” where she sings “I cried all the way from Los Lunas to Santa Fe,” comes close to setting the emotional tone for much of the record. Of course, Bergquist has one of the loveliest singing voices, letting just enough raw emotion crack through as she sings songs that touch on life’s darkness and affliction with just enough sweetness to lighten the load. They capture the whole of life’s challenges in the line “we’re not curable, but we’re treatable, and that’s why I still sing,” on the album’s closing benediction, “May God Love You (Like You’ve Never Been Loved.)”
In 2017, Detweiler welcomed the pilgrims, fans, family and friends who had found their way to the circus tent in their backyard for a full day of music from Phil Madeira and the Red Dirt Boys, The Birds of Chicago and more with a quote from GK Chesterton. He said, we need preachers to remind us that we are going to die, and we need poets, artists, musicians and writers to remind us we are alive. Well, on Love & Revelation they attempt to “roll away the stone” with the acknowledgement that “(I Don’t Want to) Let You Down,” the assurance that they will be there for each other. These times are challenging, with all the chaos on the news each day, the madness may feel never-ending, but we have these “Broken Angels.” Simple piano runs, and gently fingered acoustic guitars lay the grounding on lovely ballads like “Making Pictures” and “Leavin’ Days” which lets the melancholy drip like gentle pedal steel over the quiet sense of perseverance in the lyrics, the mandolins providing the right balance of sweet resolve.
30 years in, Over the Rhine has a way with a song, but even with 15 albums worth of material between them, they’re looking for that next moment of inspiration, and “Betting on the Muse.” Love & Revelation delivers another fine chapter in the artful catalog of this fine songwriting duo.
Key Tracks: “Love & Revelation” / “Rocking Chair” / “Let You Down”
Artists With Similar Fire: Cowboy Junkies / Natalie Merchant / Sheryl Crow
Over The Rhine Website
Over The Rhine Facebook
– Reviewed by Brian Q. Newcomb

1 thought on “Over The Rhine: Love & Revelation [Album Review]”