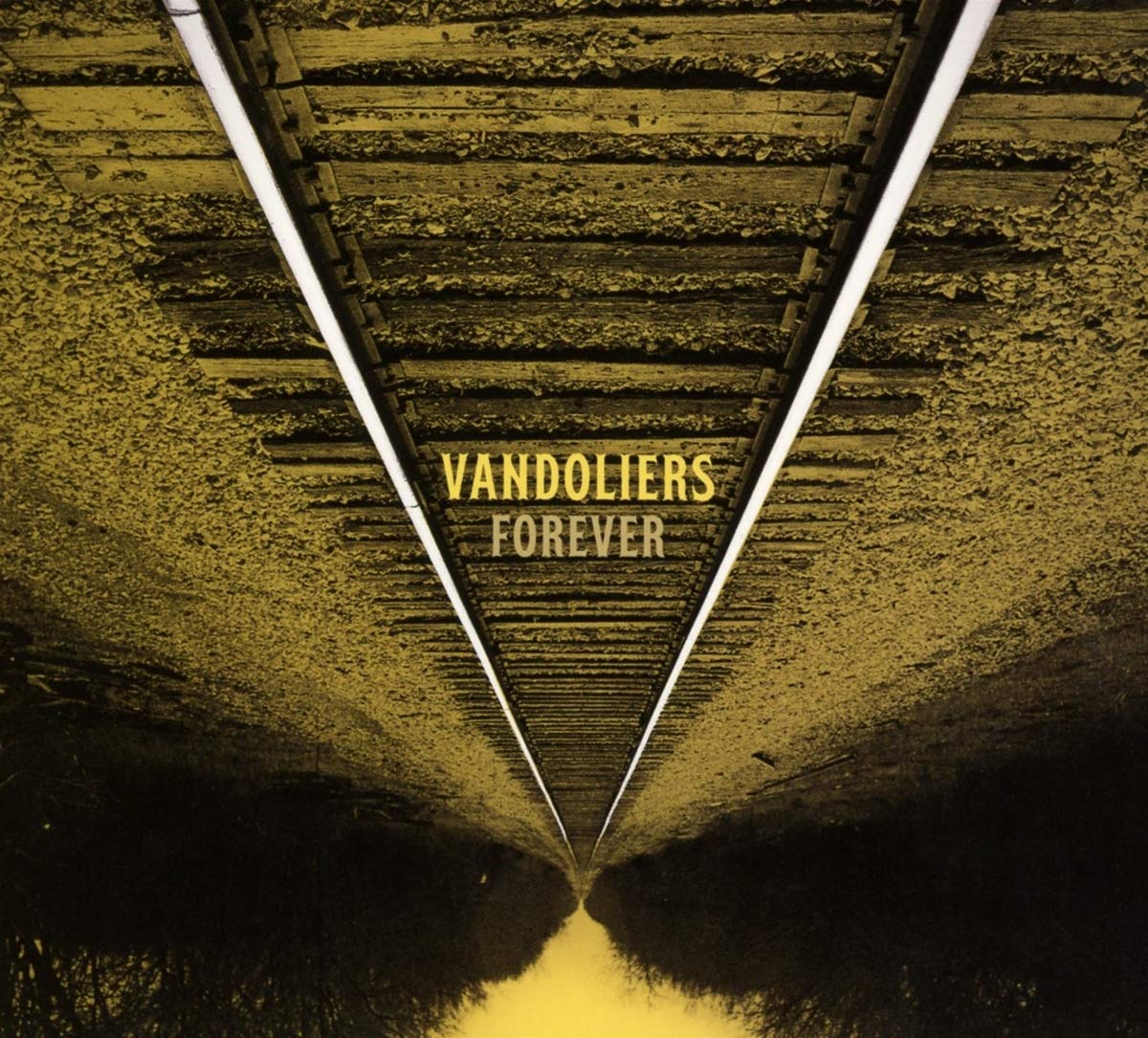 Album Review: Dallas/Fort Worth band, Vandoliers come out of the gate on their Bloodshot Records debut sounding like the seasoned Texas bar-band they are, delivering up a healthy mix of sounds associated with the state where everything’s a bit larger than life-size. Singer/songwriter Joshua Fleming leads his band in a tradition that echoes early innovators like the Texas Tornados that included Doug Sahm, Freddy Fender, and Flaco Jimenez, and The Flatlanders, made up of Joe Ely, Butch Hancock, and Jimmy Dale Gilmore, right on through to more recent bands of the cow-punk, or “outlaw country” persuasion like Alejandro Escovedo’s True Believers, Jason & The Scorchers, Steve Earle & The Dukes, or the Old 97’s. In fact, “Fallen Again,” was co-written with the help of Rhett Miller of the Old 97’s.
Forever follows two previous albums on State Fair Records, recorded in short order after the band formed in 2015, with Fleming drafting some of the best known players from the local scene. “Miles and Miles” opens the new one leaning hard on Travis Curry’s fiddle, before the song opens up into a country rockin’ road song about a “driver born to run.” Lyrically, Fleming never wanders too far from the tried and true tales of the rough and rowdy life in a band, well suited to a “Troublemaker,” someone who’s going “Nowhere Fast,” mostly broke (“Bottom Dollar Boy”), and thinking about that time, someday, when you’ll be ready to settle down (“Tumbleweed”).
Joshua Fleming writes solid pop-rock melodies, standing up catchy sing-along choruses against the strong instrumental support of Curry’s country fiddle playing, the Tejano horn vibe of Cory Graves trumpet, and Dustin Fleming’s (no relation) spit-fire electric guitar leads. The sextet is rounded out by the rhythm section of bassist Mark Moncrieff and drummer Guy Sanders. Joshua Fleming’s rock steady acoustic guitar, worn and raspy vocals, pretty much set the tone, marked by smart Tex-Mex horns and rockin’ country. At one point I thought they were a bit like Rod Stewart with Faces, if they’d been a country band on the Texas/Mexico border instead of urban England.
Vanoliers shine strongest on uptempo numbers, where the fiddle and guitars are working double time, but Dustin Fleming’s guitar solo on “Cigarette in the Rain” even lifts the imitation power ballad (Poison anyone?) from it’s cliché ridden limitations. Better still are “Sixteen Years” and “Shoshone Rose” where he saves the day again and again. “All On Black” features a vocal a cappella hook that would feel right at home in a Bon Jovi arena rock set, so it’s clear Joshua Fleming’s writing material that’s destined to do well on outlaw country radio (that’s a thing, right?), and there’s little doubt that the Vandoliers arrive with the sturdy chops and will to ride these songs into a long and prosperous career.
Key Tracks: “Fallen Again” / “Miles and Miles” / “All On Black”
Artists With Similar Fire: Old 97’s / Steve Earle & The Dukes / The Texas Tornados
Vandoliers Website
Vandoliers Facebook
Bloodshot Records
– Reviewed by Brian Q. Newcomb

Spielbergs: This Is Not The End [Album Review]