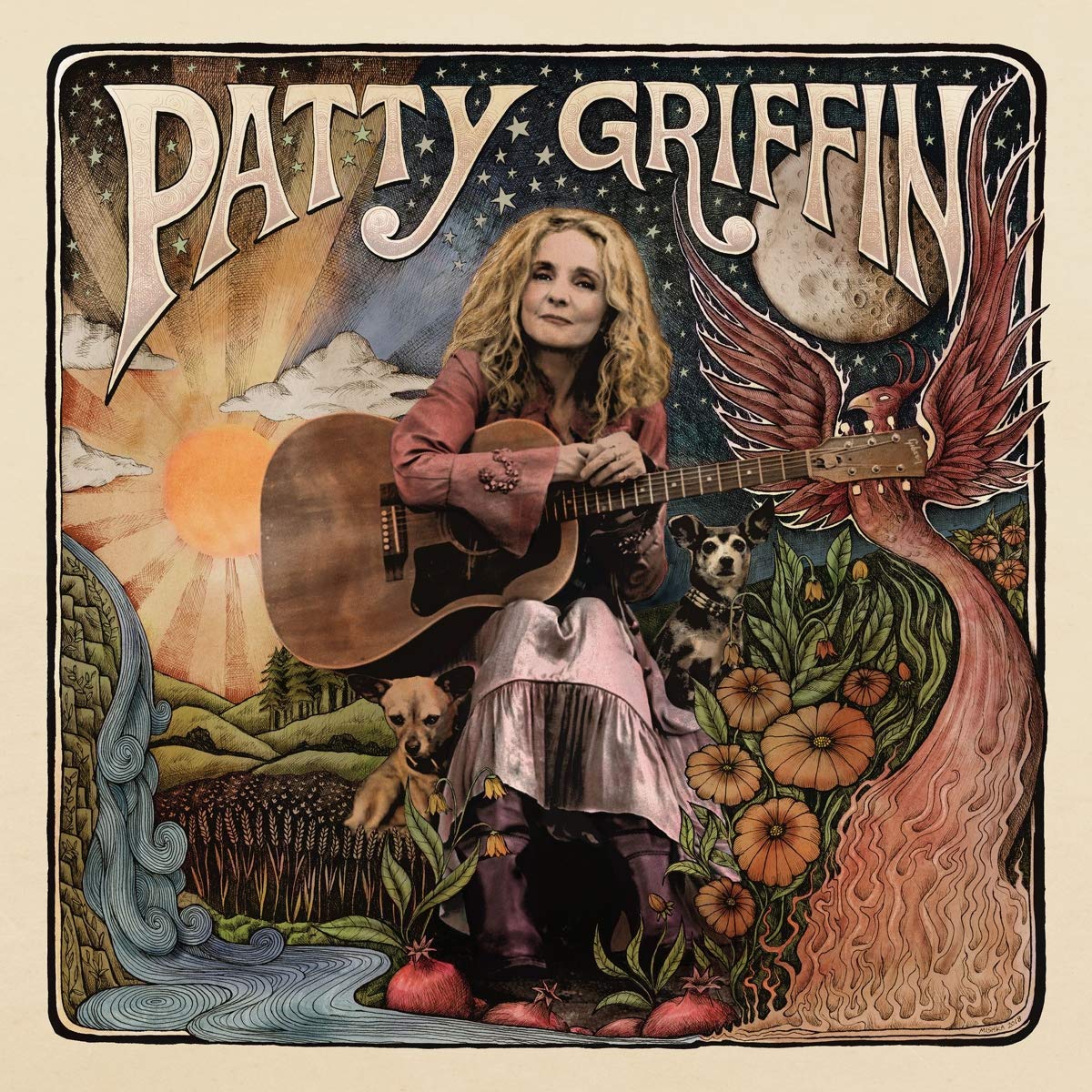 Fire Note Says: On her 10th studio album, singer/songwriter Patty Griffin has created an intimate, passionate recording centered around her singular artistic vision and beautiful voice.
Album Review: Folk singer/songwriter, Patty Griffin’s songs on her self-titled 10th studio album are so intimate and quietly impactful, that you might forget the numerous covers of her songs by better known artists, like Dixie Chicks, Linda Ronstadt, Mary Chapin Carpenter, Martina McBride, Miranda Lambert and Kelly Clarkson, to name only a partial list. And if you have a short memory, you might not recall that she’s been nominated for plenty of awards and won the Americana Music Awards in 2007 for Album and Artist of the Year with her album, “Children Running Through.” In 2010, she released the Buddy Miller produced “Downtown Church” for which she picked up the Grammy Award for Best Gospel Traditional Album, and with Miller and guitarist Darrel Scott, she performed on Robert Plant’s “Band of Joy” album before touring as his backing group, and for several years was in a personal relationship with Plant that ended in 2014.
Griffin opens her first album since her lovely 2015 release, “Servant of Love,” with “Mama’s Worried,” with her singing over a lone Spanish flavored acoustic guitar played with flourish by David Pulkingham. That intimate feel returns near the album’s end on “What I Remember,” with intricate nylon stringed classical guitar accompanying Griffin’s strong voiced melodicism. Recorded in her home in Austin, TX, adds to the album’s warm, personal feel, with Griffin’s tales seek to strike a balance between songs that describe the inner life of women and those that reflect her experience of men.
But not everything is so quiet and delicate, “Hourglass,” is a bluesy song with a strong New Orleans flavor, with some jazzy trombone playing, and more of Pulkingham’s fabulous acoustic guitar soloing. “Bluebeard” is a story-song in the folk tradition, with both Griffin and Pulkingham playing acoustic guitars and while she carries the tale in her soulful voice as a cello and percussion grind with the song’s dramatic twist. She puts a plucky Celtic folk feel into “Boys From Tralaa” as she sings the ill-fated tale of some Irish immigrants, and for the ominous “The Wheel,” which explores power relations between those doing hard labor and those who rule over them, there’s the stomping feet rhythm of Southern blues with the appropriate bottleneck slide playing, and her soaring vocal gives voice to the universal longing for something more, something better.
But the beauty and strength of Griffin’s voice shines brightest on the quieter, folk songs, like “The River,” with the acoustic guitar and besides the rhythmic percussion only the cello to recall the massive flowing water source as her singing floats in the air above it. Her voice conveys passion without having to over emote as you hear in those singers competing for notoriety often on television contest. And here, the river is a metaphor for the inner woman, as Griffin sings “Isn’t she a river? … You can’t really have her, but you can hold her for a time.”
In “Coins,” Griffin recounts her days as a waitress and the emotional pull of the power relationships expressed in needing to win a man’s attention for the tips you need to make a living. Again, Pulkingham’s fingerpicking is elegant and emotionally heroic, matching her voice’s tension, with Robert Plant heard singing harmony with subtlety as it concludes. “Luminous Places,” a pretty piano ballad again with lovely cello playing by Lindsey Verrill and more of Pulkingham’s gentle fingerpicking on the solo, is appropriately titled, as Griffin’s vocals throughout the 13 tracks of this album in many ways resemble a source of light.
The album’s closing tracks capture that sense of intimacy that Griffin and her long-time co-producer, multi-instrumentalist Craig Ross seem to be aiming for, the gentle folk guitar picking and vocal of “What I Remember,” again letting the purity and lovely tone of Griffin’s voice soar on the melody. And, “Just the Same,” another piano ballad with a Gospel song feel in the melody, as she concludes, even in the wake of disappointing break-up that she and her departed are “just the same after all.” A veteran artist whose debut appeared in 1996, Griffin is a woman with a clear sense of her artistic sphere and the way her voice can move, touch, and pull on the heartstrings of her listeners, something she does with dexterity and gentleness. She has accomplished artistically what many artists aspire to achieve, control of her art, and the freedom to express what she desires in her own voice.
Key Tracks: “River” / “Hourglass” / “Coins”
Artists With Similar Fire: Emmylou Harris / Carole King / Shawn Colvin
Patty Griffin Website
Patty Griffin Facebook
– Reviewed by Brian Q. Newcomb

The Get Up Kids – Satellite [Video]