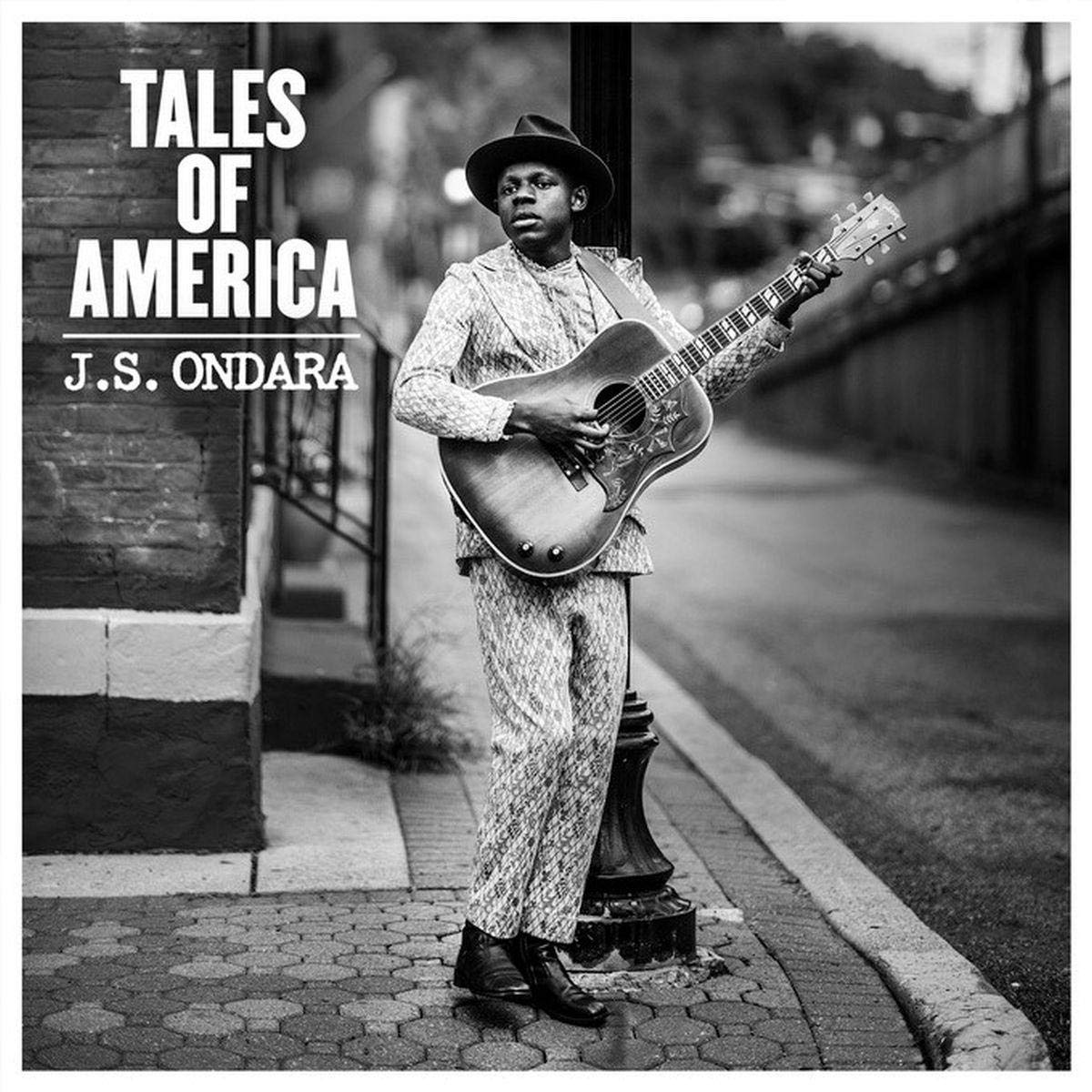 Fire Note Says: Stunning debut from a unique voice.
Album Review: It’s always exciting to hear a distinct, surprising new voice. That was my experience when firing up Tales of America, J.S. Ondara’s full-length debut. The Kenya native, who now resides in Minneapolis, MN, has a dulcet tone that complements his acoustic guitar well. And it’s so evocative; Ondara has the talent to let you know exactly how he feels with the way he intones a single syllable.
One of those moments, and in fact, the moment that drew me into the album, occurs in the first line of “Saying Goodbye.” The line is “Bitterness was right on her tongue,” and the “was” is so heartbroken that it could take your breath away. The instrumentation and background vocals are understated throughout the track, allowing Ondara to shine with his guitar and voice.
“Torch Song” gives Ondara another chance to showcase his pipes. It’s also one of the more fully realized songs that are included on the LP. Ondara alternates between songs of love and about life in the United States throughout the album. He is able to provide social commentary by adopting the folk sound, returning to folk’s roots like Bob Dylan and Woody Guthrie. Both artists are major influences on Ondara.
Tales of America is not a perfect album. Some songs overstay their welcome. Ondara has a tendency to repeat lines in most of his songs, which can get old. It’s easy to overlook these shortcomings when so much is done right. By keeping things simple musically, and also having a lot to say about our culture, Ondara pulls off a delicate balancing act. He invites you in with the love songs, and keeps you listening with an interesting point of view.
Key Tracks: “Lebanon” / “Saying Goodbye” / “Torch Song”
Artists With Similar Fire: The Tallest Man on Earth / Sufjan Stevens / Iron and Wine
J.S. Ondara Website
J.S. Ondara Facebook
Verve Forecast
– Reviewed by Matthew Heiner

The Get Up Kids – Satellite [Video]