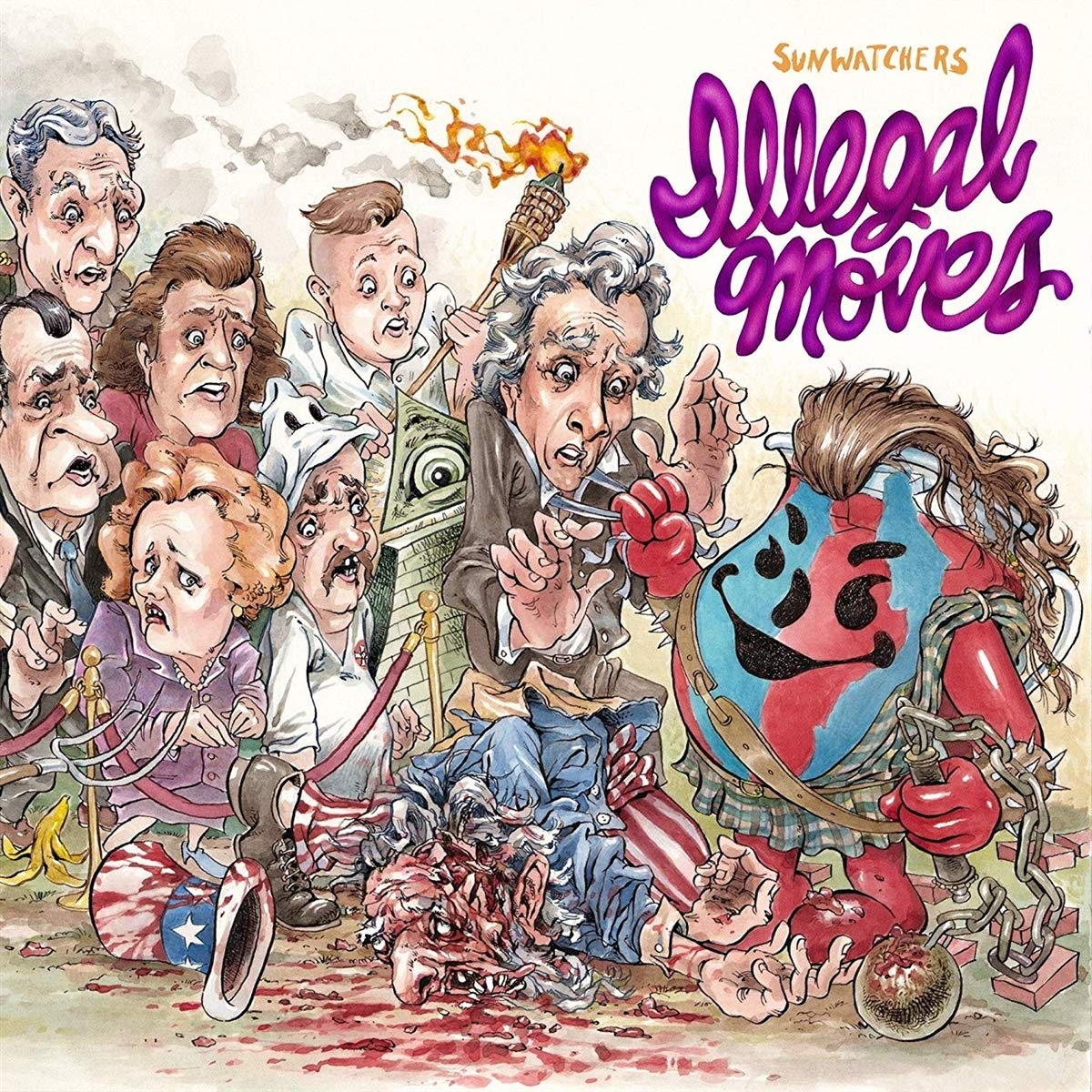 Who: Sunwatchers hail from New York and present to us their third full length, Illegal Moves. This is their second for Trouble In Mind. Their first self-titled album was released on the Fire Note favorite Castle Face Records.
Sound: Sunwatchers aim to create music, the likes of which have never been seen. Psychedelic, acid gonzo-jazz, with smatterings of rock holding it all together.
TFN Final Take: When Castle Face released Sunwatchers self titled debut in 2016 it was an album that I described as original, heady, restless, muscular, different, and maybe even a tad pretentious. That being said, it was it was a nice breath of fresh air from what I was listening to at the time. Their second, II, which came out last year, continues the flow of free form instrumental play. Illegal Moves continues on this path again. “Beautiful Crystals” cascades and slides with it brass rushes. Keys spin and twinkle over ferocious, ripping guitar fuzz. “Greeneyed Pigmen (Get The Blade)” goes dramatic with high pressure tempo as brass, and guitars, and keys flurry about like that of a Mars Volta breakdown/interlude. “Ptah, The El Daoud” travels for miles like a troubled trod through the sun baked desert. “Strollin Coma Blues” is fiddly slide guitar that finds its’ rhythm halfway through the song. They usually say that your first interaction with a thing is what you enjoy and remember the most. I think that might be the case for Sunwatchers. Their debut album was a real breath of fresh air when it was released. Thomas Wilde really enjoyed the time he spent with II. Returning to the group a few years later, I struggled finding things to like. Illegal Moves does give freedom to its players but, it’s that freedom that made the more memorable moments hard to pinpoint. Before you dive into Illegal Moves, I’d say start with the beginning of the catalogue. Once you are properly prepared, Illegal Moves, will be there for you.
Sunwatchers Website
Sunwatchers Facebook
Trouble In Mind Records
– Reviewed by Christopher Tahy