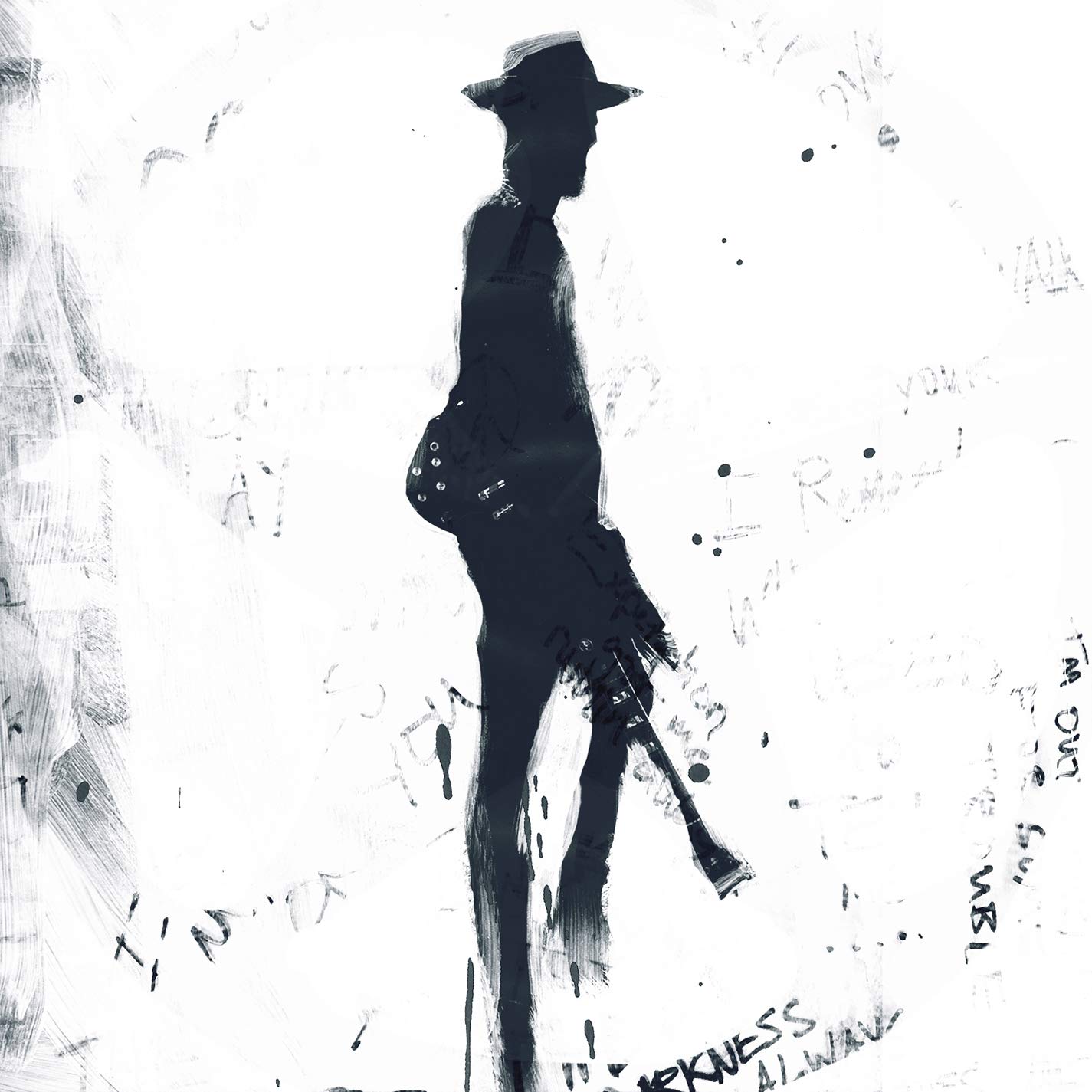 Fire Note Says: “Guitar Man,” Gary Clark Jr. shows that he can do it all on his third major label album, This Land, from the traditional blues to rock & roll, pop, R&B, hip-hop and soul.
Album Review: Near the end of Gary Clark Jr.’s latest album, This Land, his third studio recording for the major label Warner Bros, the beloved Austin guitar hero strips it all the way back to the basics. For “The Governor,” Clark goes old school, playing a National Standard Steel guitar, like the one you see him playing on the porch at the very end of the “This Land” video. It’s a traditional blues, similar in feel and tone to the album closer, “Dirty Dishes Blues,” this one with Clark solo on electric guitar, doing an original song that may be a tribute to the original song of that name by the Lonesome Pine Fiddlers, or a similar song from Albert Collins, “Too Many Dirty Dishes.” These are the kind of blues songs that a veteran guitar hero of Clark’s pedigree could lay down all day, but here at the conclusion of his stylistically wide-ranging album, having proven he’s far more than any one trick pony, Clark seems content to keep it simple and revisit his roots and let the guitar do the talking.
And to be clear, there’s no doubt that Clark is first and foremost an able and willing guitarist, This Land is stock full of raw, fiery guitar theatrics. He delivers the goods, for which we should all be grateful. But as an artist, Clark clearly wants to be seen and heard as a songwriter with more than the predictable irons in the fire. No doubt, Clark could throw down blues rock guitar songs all day, like Robert Cray, Buddy Guy, and a host of others, not that there’s anything wrong with that approach, but like on his 2012 major label debut, Blak and Blu, Clark incorporates pop & rock and hip-hop into his songwriting, pushing beyond the traditional, often simplistic formulas.
Check out, “Pearl Cadillac,” which finds Clark singing the quieter verses in a falsetto that recalls some of Prince’s biggest hits, while the choruses explode with a big pop rock hook, and throughout we hear that stunning blues guitar melodicism, that few can match. Clark’s eclecticism makes the point that he won’t be limited to one single style or musical format, he’s willing and able to tap all his musical influences from pop songs on the radio, to hip-hop and a variety of R&B approaches.
The album opens with the dark, angry title track, which takes on Clark’s experience of racism in America in the most of direct of terms: “Paranoid and pissed off/Now that I got the money/50 acres and a Model A/Right in the middle of Trump country/I told you “there goes the neighborhood,” before recounting the way white folk look suspiciously, calling the police on folk eating in the park, saying “go back where you come from.” Clark turns around Woody Guthrie’s assurance that “This Land Is Your Land,” with the bold proclamation that “I’m America’s son/This is where I come from/This land is mine.” Using even more explicit language to echo the racist rants he’s heard and his own angry response, Clark goes on to play a noisy, fuzz-pedal driven five-alarm, guitar solo that recalls Jimi Hendrix at full throttle.
“What About Us” a rocker with a funk feel follows, in a similar vein, dealing with societal changes as folk migrate in and out of neighborhoods, but for “I Got My Eyes on You” he leans back into a jazzy pop song groove, closer to something you’d expect from George Benson, but again Clark and his band of solid players turn up the heat for a big, rockier chorus. For “Feeling Like a Million,” they create a reggae pop feel, but on “Gotta Get Into Something” the dig into some serious rock & roll, with Clark taking his Chuck Berry chops to the next level, while the fast rhythm locks down a beat that would fill any dance floor. “Got To Get Up” plays with a big chant-along hip-hop chorus, while interfacing his bluesy guitar licks with a tight horn section. On “Feed the Babies,” he goes back to his R&B roots, again supported by horns, while Clark’s falsetto floats over a grooving Hammond organ riff. Clark refuses to limit himself to any one musical style for very long, and it’s more than a little impressive that he’s able to pull off so many different sounds over the course an album.
Clark’s bandmates prove as dexterous as the main attraction, adept in a variety of sounds and emotions, but especially strong on those bold and dynamic pop rock choruses. He’s supported ably by two Johnny’s in the rhythm section, Bradley on bass and Radelat on drums, Jon Deas on keys, and King Zapata on rhythm guitar. For all the intensity heard on much of This Land, it’s surprising that Clark leads them into a soulful pop song for “Guitar Man,” which is a nice fit with “When I’m Gone,” a fun, old school sing-along pop melody.
If Clark’s goal this time out is to prove he’s more than just a guitar slinger for hire, he’s more than succeeded. This Land makes a strong case for Clark as an artist who can play in lots musical genres, and the results are artful, engaging, and pleasantly surprising if you’ve suspected he was going to settle in and play blues rock songs for the duration. Gary Clark Jr. does it all, and does it well. This Land more than makes the case that there’s little he cannot do musically if he sets his mind to it.
Key Tracks: “This Land” / “Pearl Cadillac” / “Feeling Like a Million”
Artists With Similar Fire: Prince / Eric Clapton / The Black Keys
Gary Clark Jr. Website
Gary Clark Jr. Facebook
Warner Bros. Records
– Reviewed by Brian Q. Newcomb