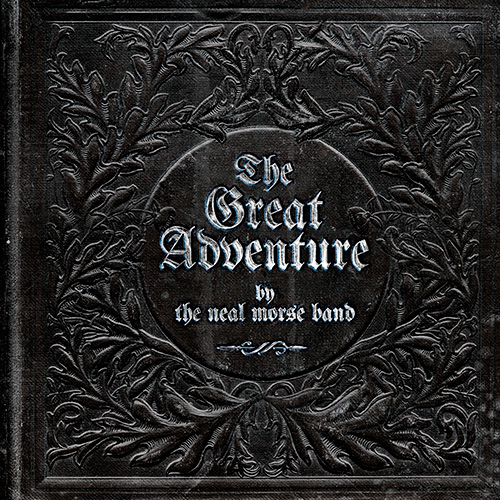 Fire Note Says: American Prog warriors unleash sequel to 2016’s The Similitude Of A Dream in convincing fashion.
Album Review: Prog is a tough sell and, especially in the US, the market for it is extremely limited. There are, however, a few brave artists who still attempt to raise the musical IQ of their listeners – Steven Wilson and Opeth may be the most successful at the moment but Neal Morse has been flying the Prog banner since he released his first album with Spock’s Beard back in 1995. Since then he has been part of Transatlantic and Flying Colors, released umpteen solo records and now, as The Neal Morse Band, he continues to write complex, powerful and achingly beautiful music with possibly the most proficient and virtuosic group around. Drum freak Mike Portnoy (Dream Theater, Winery Dogs) has been with Morse since Transatlantic formed in 2001 (this is their 19th album working together) and bass player Randy George came along shortly thereafter. But it was the addition of guitarist Eric Gillette and multi-instrumentalist Bill Hubauer (both of whom possess gorgeous tenors) that necessitated the new moniker. Now with a third LP under their belt it is safe to say that no one does “epic” quite like these guys.
When word came out (via Portnoy’s social media) early last year that the band had finished tracking the follow up to the wonderfully crafted double album The Similitude Of A Dream it was to be a single, unrelated non-concept LP. But as Morse listened back to what was done he was not satisfied. The music wanted to go somewhere else, somewhere familiar. So after writing more material the band went back and reworked it into an actual sequel to the original story based on The Pilgrim’s Progress – complete with the same art (only this time in black) and the approximate same runtime (around 105 minutes.) This could not have been an easy decision as Similitude was the group’s best performing record by a mile and many critics (like The Fire Note) hailed it as a masterpiece. Why go this route? Why invite the inevitable comparisons? Well, when you’ve written something as exciting as The Great Adventure you do not flinch. And hell – this is Prog.
Without going into a tedious track by track break down there are 22 songs here organized as five movements. The songs share themes (from each other and from Similitude) and flow together seamlessly. The previous album ended with the line “Let the great adventure now begin” so you know that’s how this one starts. Throughout the new record, however, these repurposed motifs have been altered and often appear darker in tone. Overall this is a heavier album. The protagonist this time is the young and angry son who has been deserted by his father, left in the City Of Destruction. He visits much of the same territory – much like the record itself but it is through the similarities that the greatness of TGA can be ascertained. Similitude was a cornucopia of ideas and influences, TGA is more two-tone: there’s light and there’s shade. In this case that means Prog and Metal. Gone are the country-tinged shit-kickers and gospel tunes – although we do get the ELO-indebted “Vanity Fair.” This narrower range actually works extremely well, particularly on disc two. Not that disc one isn’t solid. The stand out tracks are terrific. “Dark Melody” is as black as it sounds and offers a new vision of Morse’s music. He has always had a way with strange chord changes but this one is really twisted. And then there’s the title track which really should be a rock radio staple. What begins as a solid Styx-inspired romp quickly turns into an exercise in drumming pyrotechnics as the band sounds a lot like late 70’s supergroup UK during the middle section.
The real magic happens on disc two. It’s the heaviest thing Morse has ever done. This is also where Gillette and Hubauer get their moment in the spotlight. Their contributions are what makes this band so diverse. The harmonies can evoke Queen at their peak. Special stuff. Hubauer’s vocals during the verses of “Child Of Wonder” make me yearn for a solo album from this guy. Gillette got to sing the closer (“Broken Sky/Long Day”) on Similitude and he is rewarded with the last vocal turn of this album too. His clean voice does remind me of a young Neal Morse. This time it’s the haunting “A Love That Never Dies” that serves as a glorious send off. Its melody is presented in many guises throughout TGA via different instruments, key signatures and/or vocalists. By the end of the record I became convinced that this is the greatest piece Morse has ever written. It is also his best-sounding record. Engineer Jerry Guidroz has every instrument and voice tracked brilliantly while Rich Mouser’s mix has Portnoy’s drums front and center – just how I like it.
To anyone sitting on the fence because of Morse’s religious beliefs (he is a born again Christian): this is probably the least overtly Protestant album he’s made since converting in 2002. Shockingly, the word “Jesus” doesn’t appear once. Although when the story’s lead refers to his “father” one can assume a double meaning there. Likewise, it’s obvious that “The Love That Never Dies” refers to God’s love but again, it can mean whatever the listener chooses. Either way, the message gets through. It’s hard to recommend a double concept album (that’s a sequel to another double concept album) as an entry point to an artist but if you’re missing out on Neal Morse this is an excellent place to start – no knowledge of part one required. All that is required is a couple hours of your attention and an open mind.
Key Tracks: “Dark Melody” / “Child Of Wonder” / “A Love That Never Dies”
Artists With Similar Fire: Yes / Genesis / Styx
The Neal Morse Band Website
Neal Morse Facebook
Radiant Records
– Reviewed by Scot Lade