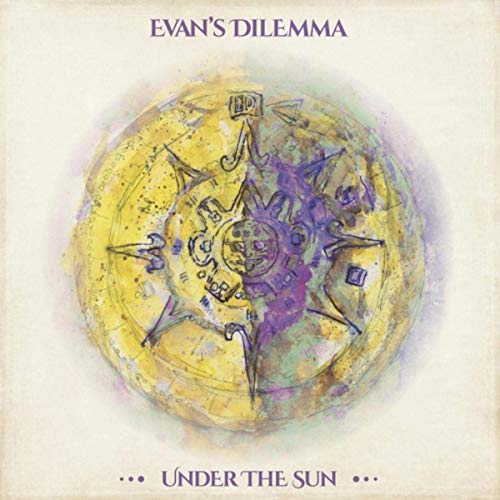 Album Review: If you remember that the principals of Greenville, SC band, Evan’s Dilemma first played together in the early 1990’s, it’ll explain the band’s love for those great crunchy, processed guitar sounds first popularized by U2, Radiohead and the like. Of course, during one of the band’s longish breaks, drummer Kevin Heuer and guitarist Joel McCreight played in the band My Friend Stephanie, and Heuer toured and recorded with Vigilantes of Love, while McCreight lent his guitar skills to a couple acts in the Christian rock market, Geoff Moore & The Distance, and Jennifer Knapp. Eventually they settled back down, and released an Evan’s Dilemma album in ’05, “Shine Baby Shine,” and now, after another break they put out another new collection back in December.
But for all their experience in various alternative music genres, McCreight’s songwriting here leans toward the polished pop rock sounds of 80’s stalwarts like Boston and “The Bends”-era Radiohead, for instance on “Doctor No” they conjur that great guitar sound from “Creep,” which is cool because Radiohead isn’t using it any more. The pull it all together thanks to strong production values, so that big rockers like “Into Your Glory” and “Brothers and Sisters” come on with a lush sound, with plenty of guitar savvy punctuated by Heuer’s powerful drum fills. Of course there’s also an inevitable pair of power ballads worthy of your average hair band, “Be a Little Better works better as a hold up your phone, wave your hands anthem, thanks to the bluesy guitar, but with “Dreamer,” well, it’s a mistake they only make once. Mostly they keep the energy up, smartly processed, and accessible with catchy sing-along choruses.
As a point of reference, Evan’s Dilemma does one cover, a faithful rendition of the 1984 77’s track, “Ba Ba Ba Ba,” which clearly harkens back to an era when band’s delivered a big, high production sound, that McCreight and Heuer have the chops to pull off, supported by guitarist Jay Scott, and Joel’s son Matthew McCreight on bass and keys. “Complicated, Etc.” is a crispy rocker that relies less on the wall of sound, but ED’s comfort zone is in the bigger atmospheric sounds of bands like The Church.
Key Tracks: “Doctor No” / “Into Your Glory” / “Brothers and Sisters”
Artists With Similar Fire: The 77’s / The Choir / The Church
Evan’s Dilemma Website
Evan’s Dilemma Facebook
– Reviewed by Brian Q. Newcomb