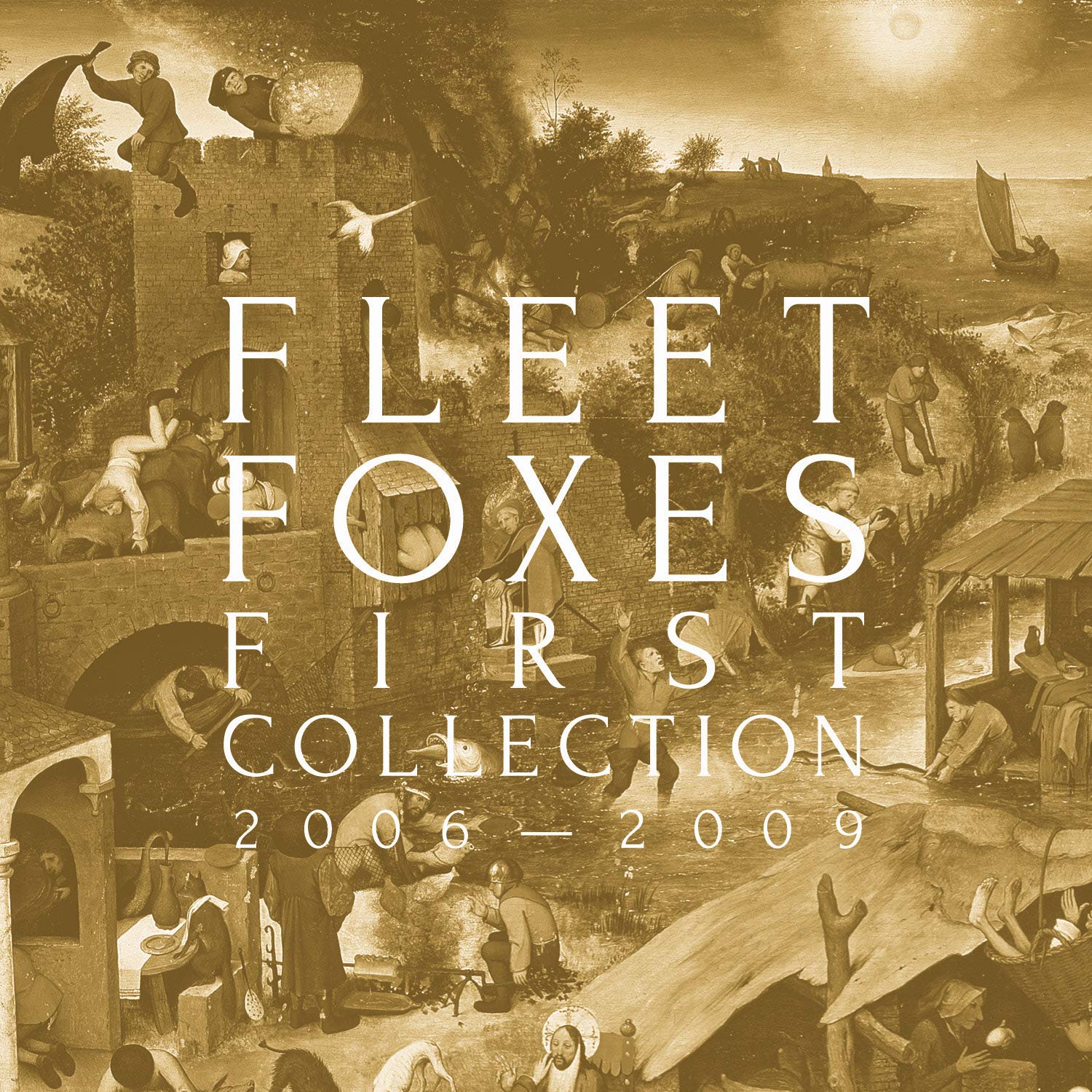 Fire Note Says: On the 10th anniversary of Seatle’s Fleet Foxes eponymously-titled debut, the band has released a box set on vinyl and CD containing that breakout album, plus two early EPs along with some B-sides, rareties and demos, 30 tracks in all.
Album Review: Listening to “Sun It Rises” and “White Winter Hymnal” again after a time focusing on the band’s sonic evolution apparent on last year’s release, “Crack-Up,” it’s a fresh reminder of the Fleet Foxes’ early appeal. Pristine vocal harmonies, reminiscent to those with long memories back to the 60’s vocal blend of David Crosby and Graham Nash and bands like The Byrds, ring out with clarity, and together with the acoustic folk and early folk-rock blend recall a simpler, more intimate approach to music. “Tiger Mountain Peasant Song,” a story song by bandleader and lead singer Robin Pecknold, hints at the narrative potential of the songwriter, but at this early stage it was those vocal harmonies that best defined a Fleet Foxes sound, like the opening breath taking “oohs” and “aahs” of “Heard Them Stirring.”
That debut album’s strengths, also apparent on two of the singles, “He Doesn’t Know Why” and “Your Protector,” and the rather organic, folk song appeal in the collection as a whole, was extended to the two EPs that are included here. The title track for the Sun Giant EP, could almost be a reprise of “Sun It Rises,” but “Drop in the River,” is a folk rocker worthy of CSN working at the top of their game, a first-class melody, with fun percussive choruses. A mix of modern sounds and traditional folk appear in the band’s best work, like “English House,” but it’s with “Mykonos” with its more exotic locale and experimental tones that hint at where Pecknold would seek to take the band in time, but still those harmonies ring out with a lush clarity that rings incredibly true.
There’s a recognizable shift in the sound of the next EP, 6 songs recorded early before the band had settled into their more unique and recognizable sound. “She Got Dressed” is an electric guitar driven pop rock track, where you can start to see their harmonies, but they could be any teen pop band working out their musical kinks. “Anyone Who’s Anyone” tries out a western guitar sound, while the pop song core feels like an attempt at Brit-pop, and “Textbook Love” is an unflattering example of Pecknold imitating early Elvis Costello or the like.
The last 8 tracks are rareties and demos, including Pecknold’s take on the traditional English folk song, “False Night on the Road.” As with any band’s outtakes and demos, they are generally only of interest to those who are already strong fans, and that’s true here too. If you loved “Fleet Foxes” when it hit the airwaves like a breath of fresh air in 2008, when it was on many critic’s best of the year lists, then this collection is intended for you.
Key Tracks: “White Winter Hymnal” / “Your Protector” / “Mykonos”
Artists With Similar Fire: Crosby & Nash / Crowded House / The Byrds
Fleet Foxes Website
Fleet Foxes Facebook
Sub Pop Records
– Reviewed by Brian Q. Newcomb