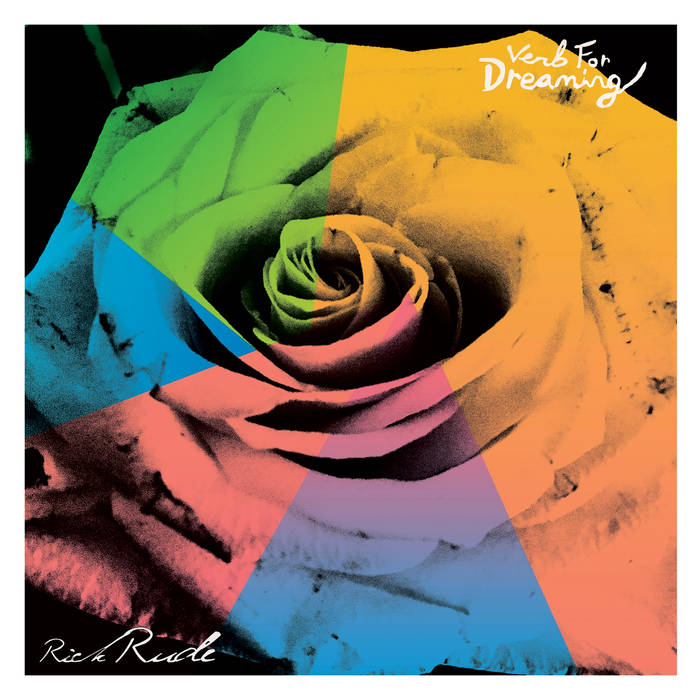 Who: New Hampshire’s Rick Rude follow up their brilliant debut with a fine LP that is full of ideas and styles.
Sound: Verb for Dreaming sees Rick Rude continuing their penchant for varied styles of rock wrapped up in a LP format.
TFN Final Take: Rick Rude’s follow up to their satisfying debut, Make Mine Tuesday, with Verb for Dreaming and for the most part, the results are just as enjoyable.
Just like their last LP, Rick Rude jump all over the place with different moods and rock genres on Verb for Dreaming. You may get a warm-yet-searing Americana folk-rock with tracks such as “Dollyhook,” “Mason” or “Drumpf.” You can get some faster paced, quasi-punk rock thrown in your face with “Dough Nation,” “Verb for Dreaming” and “Jupiter.” There are some subtle hints of Built to Spill-ish moments in “Surrounds,” “All Lock” and the beautiful and haunting “Cordon Bleu”. There is even a lo-fi moment that bridges a gap between Sebadoh and Kleenex Girl Wonder with the wonderful closer, “Firewater.”
At first the variance in musical styles does not seem to lend itself to a cohesive album; however, multiple listens have rewarded me with a rich album that makes more and more sense if you give it a chance. Some of the most immediately accessible albums quickly become bores. The albums that require an investment of time tend to stick with you longer. I think Verb for Dreaming falls into the latter category.
Rick Rude continue to exceed expectations and remain a “must hear” band. If you loved Make Mine Tuesday, I think you will love this record. I don’t think the highs are as high this time around, but Verb for Dreaming is a worthwhile listen. If you give the album a few listens, it will surprise you with its depth.
Rick Rude Website
Rick Rude Facebook
Exploding In Sound Records
-Reviewed by Daniel Taylor