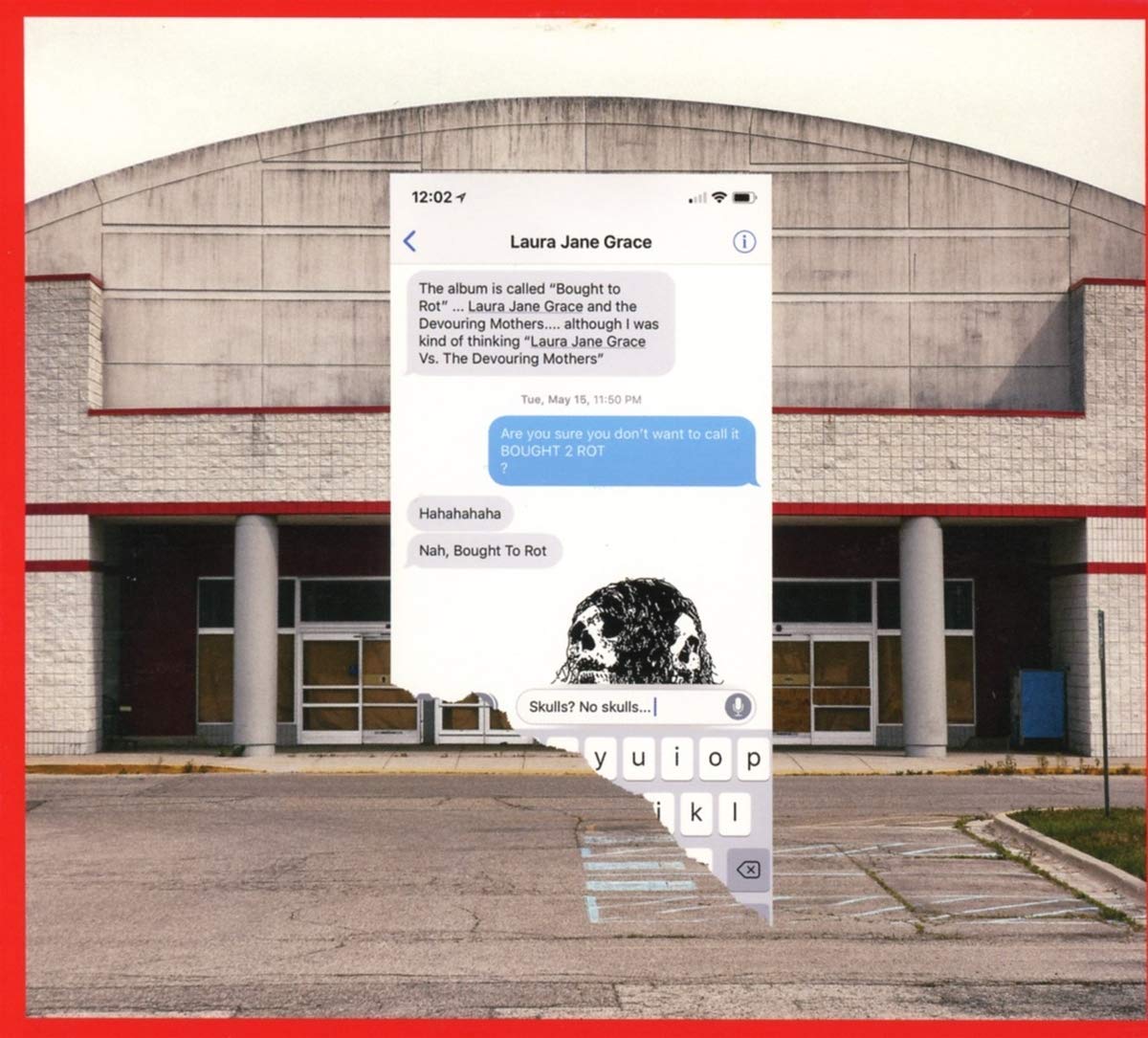 Fire Note Says: Laura Jane Grace steps away from Against Me! for a more personal, intimate and immediate album backed with her rhythm section, The Devouring Mothers.

Album Review: When Laura Jane Grace sang Transgender Dysphoria Blues with her band Against Me!, how “we can’t choose how we’re made,” it’s hard to imagine that she was holding anything back. But like other singer/songwriters and artists who step away from their band to make a more intimate, solo venture, Bought To Rot finds Grace stripping her sound back to the raw essentials, and seeking a more direct, faster and more immediate sense of expression. Backed only my The Devouring Mothers, a rhythm section made up of Against Me! drummer Atom Willard and the band’s long-time producer Marc Hudson on bass, Grace felt that these songs, mostly written while on tour and around her native Chicago, were too personal for a full band release.

The result is 14 tracks, most brief, in the two to three minute range, driven by Grace’s natural way with melody, and no-holds-barred tell-it-like-it-really-is lyrics. On “Reality Bites,” written with Sabrina Ellis of the band A Giant Dog, and “The Friendship Song,” which talk about the connection that comes in a friendship that happens when two people can be real with each other. Some of the songs describe the life of the touring musician from hotel life (“Amsterdam Hotel Room,” and “The Hotel Song”), the emotional tensions and insomnia that come with the territory (“Screamy Dreamy” and “Manic Depression”), and the challenge of having love interests in two different cities (“The Airplane Song”).

Musically, these songs are looser, and more stripped back than Against Me! full band punk, hard alt/rock context, although Grace’s aggressive approach brings on plenty of loud guitars when they’re called for, and there’s no escaping her voice, especially in full throttle scream mode which she gets to from time to time. But, there’s more diversity, more exploring her, some coloring outside the usual Against Me! box of colors and textures, if not straying too far from sounds that fans will find familiar.

A couple places, Grace’s natural sense of humor comes through, especially in the tongue-in-cheek, “I Hate Chicago,” where she dresses down the city’s sports teams beloved bands like Wilco and the Smashing Pumpkins, it’s summer music festivals and even hipster alt/rock radio station XRT and its famous stuffed pizza before acknowledging that this is a song denouncing his ex. Acknowledging the end of that relationship comes up throughout the album, especially in the closing song, “The Apology Song,” where Grace admits “Just because I’m gone/Doesn’t mean you weren’t enough.”

Bought To Rot finds Laura Jane Grace stretching out a bit, but not necessarily walking away from Against Me! for good, just carving out space for a more personal, more immediate expression. It’s a welcome addition to her catalogue, but when we hear AM! Guitarist James Bowman tack a brief guitar solo in “Apocalypse Now (& Later),” we can’t help that there’s more for her with Against Me! some where down the road.