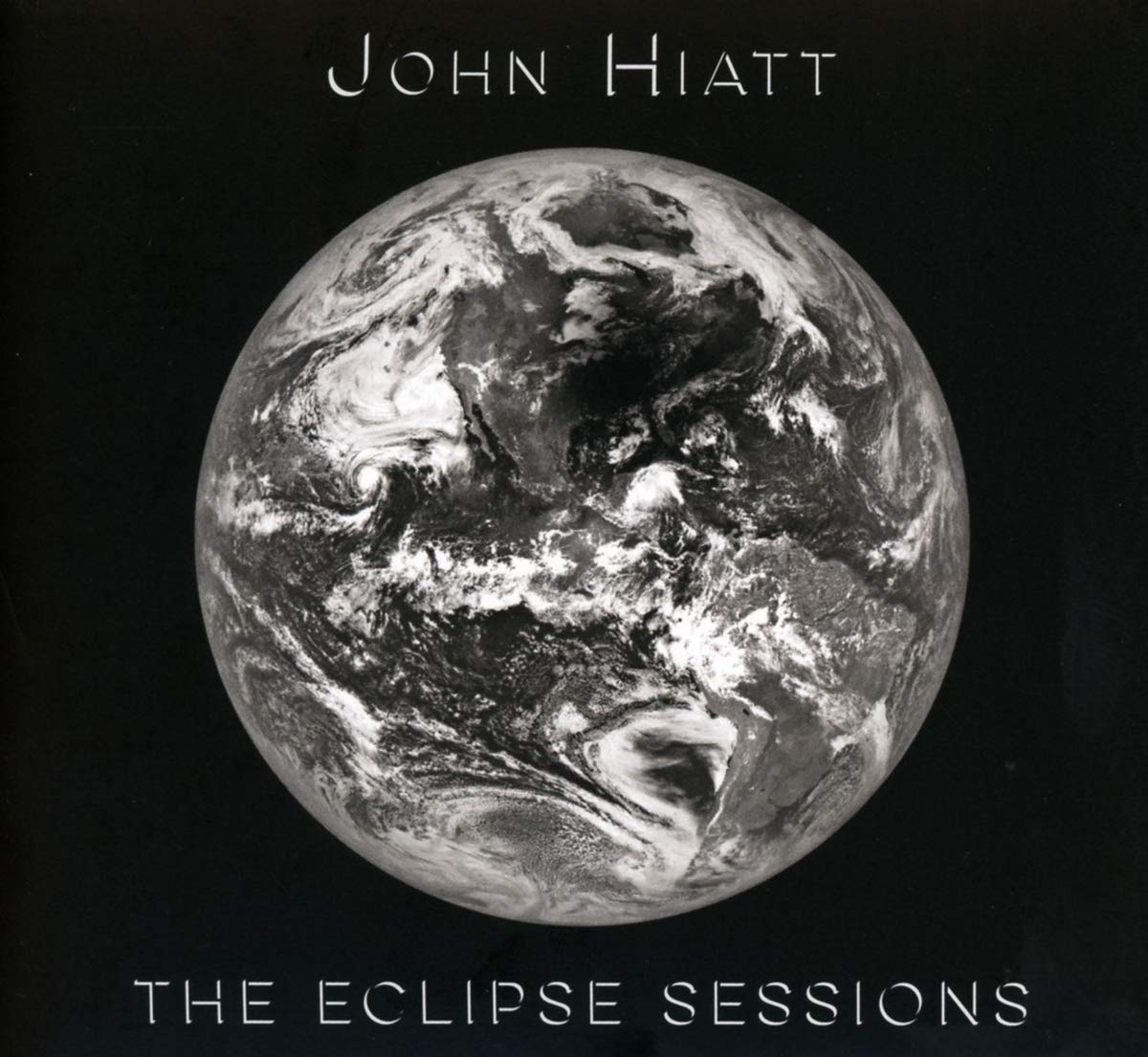 Fire Note Says: On his 23rd album, The Eclipse Sessions, continues putting the stories of our lives, loves and families in accessible roots rock Americana.
Album Review: In the opening lines of the opening song of John Hiatt’s 23rd album may tell the tale of the singer/songwriter’s long success. “Getting dark and it feels like trouble/Heating up just like the falling evening rain/Tongues so sharp they could burst any bubble/Nobody wants to talk about all that pain.” Hiatt’s songwriting which seemed to come to maturity with 1987’s “Bring the Family” – recorded with a veritable supergroup that included guitarist Ry Cooder, Nick Lowe on bass, and Jim Keltner on drums – has never hesitated to pull back the skin and purge the pain in song.
By the time broke through with that album, he’d already spent a decade signed to three different record companies, working in a variety of musical styles from roots music to rock & roll, and even testing the waters as an angry young man in the vein of English punk/new wave rockers like Elvis Costello and Graham Parker. When none of that connected, and addiction and emotional losses had taken it’s toll, Hiatt rebuilt his life and his family, and began to write songs that tapped a deeper vein, and managed to come up with songs like “Thing Called Love,” which was a huge hit for Bonnie Raitt. Hiatt followed up that success with several solid albums that mixed rock, rootsy country, folk, gospel and blues, 1988’s “Slow Turning,” 1990’s “Stolen Moments,” and ‘93’s “Perfectly Good Guitar.”
There was a 1992 attempt to re-group the “Bring the Family” crew to form the “supergroup” Little Village, that didn’t pan out, and Hiatt has produced consistently interesting work over the last 26 years, delving deeper into blues on 2000’s “Crossing Muddy Waters,” but staying pretty close to form. Now 4 years from his last album, we find Hiatt again digging deep into the things that knit our lives together in relationships, the moments that give meaning to our days, the mistakes that haunt our nights in eleven more memorable songs on The Eclipse Sessions, recorded back in the summer of ’17 around the time when we were all wearing special glasses and trying to look at the sun.
For Hiatt fans this is familiar territory, but welcome because Hiatt is such a skilled storyteller, and he knows that it’s the intimate connections that make a tale worthy of the telling. Rich in the music of Americana, roots rock, a touch of country, and a bit of rhythm & soul for spice, Hiatt recorded in the studio on Kevin McKendree, who in addition to producing, played electric guitars and keyboards, joined by bassist Patrick O’Hearn and drummer Kenneth Bevins, and McKendree’s son Yates, on additional guitars. “Cry to Me” and “Hide Your Tears” come to terms with the harder emotions, while “Aces Up Your Sleeve” and “I Like the Odds of Loving You” deal with the complications that come in loving relationships, while “Poor Imitation of God” and “Nothing In My Heart” addresses human failings and then some. “Over the Hill” and “Robber’s Highway” find the songwriter reflecting on a life that’s winding down, and facing some regrets, coming to terms with what ultimately waits for us all.
On John Hiatt’s 23 album, the songwriter remains true to form, writing music that speaks to the human conditions and the ties that bind, with all the skill and insight of a veteran.
Key Tracks: “Cry To Me” / “Aces Up Your Sleeve” / “Over the Hill”
Artists With Similar Fire: John Prine / Bob Dylan / Neil Young
John Hiatt Website
John Hiatt Facebook
New West Records
– Reviewed by Brian Q. Newcomb