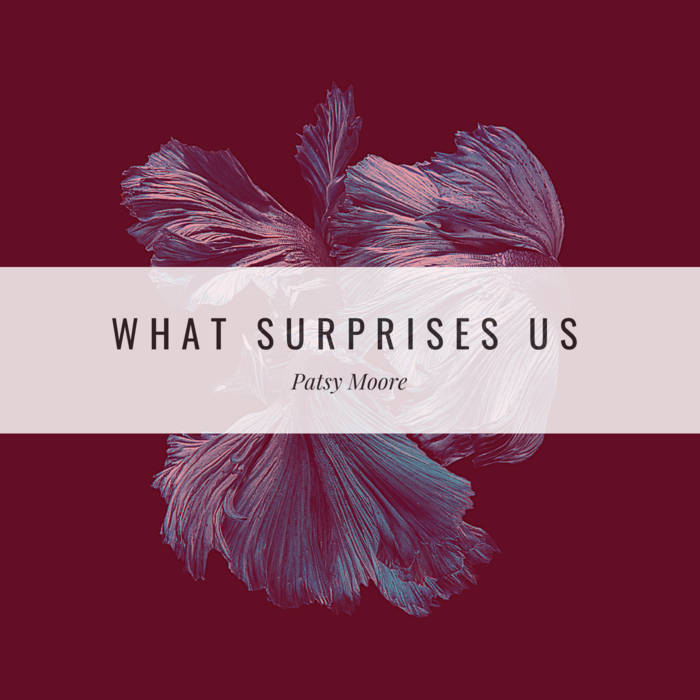 Fire Note Says: Patsy Moore brings a very special voice forward on her indie label, Papa Chuy, creating piano-based pop balladry with smart augmentation from African percussive polyrhythms, soulfulness with jazz instincts and artful orchestration that recalls the work of Joni Mitchell.
Album Review: Patsy Moore is a singer/songwriter, poet, essayist, educator, filmmaker, and independent artist living and working currently in L.A. I first stumbled across her music when her voice and work appeared on album’s coming out of Nashville, singing backgrounds on an album by David Mullens, and her song “Talk About Life” became the title track on an album by Kim Hill. Soon she signed a recording deal with Warner and delivered two fine solo albums, “Regarding the Human Condition” (1992) and “The Flower Child’s Guide to Love and Fashion” (1994). In 1999 Moore had relocated to the West Cost, and had a couple songs covered by jazz chanteuse Diane Reeves, “I Remember” and “Goodbye,” and tat same year she collaborated on a musical CD and teacher’s guide: “Kwanzaa for Young People (and Everyone Else! ).”
In time, life, the massive change in the recording industry, and the challenges of a cancer diagnosis intervened, yet Moore, the indefatigable artist, released projects on her own label, Papa Chuy, 2007’s “The Most Private Confessions of Saint Clair,” and 2011’s “Expatriates,” an artful exploration of her own experience as one born on the West Indian island of Antigua, where her mother was native, and a childhood as a military brat following her father’s career around the country, with reflections on ex-pat’s and artists in Paris at the turn of the last century, and modern day exiles, immigrants and refugees.
What Surprises Us, finds Moore in similar musical territory as on “Expatriates,” a blend of piano-based pop-song balladry, soulful awareness drawing on a variety of R&B and jazz instincts, the smart application of percussive polyrhythms, orchestration, and the way musical shades and colors are cultivated by artful arrangements, often recalling the work of Joni Mitchell. The title track leans into a light funk sprinkled with bright electric guitar tones, with a mid-section that percolates with percussion, while pointing to the fact that we’ve lost touch with ourselves, so human kindness throws us off guard, and “the thing that surprises us is love.”
In “Speechless,” we see the artist as introvert, while the piano base is peppered by a vocal chorus and synth augmentation and a jazz trumpet, while Moore sings, “there are things I would tell you if I could, but this song is braver than I am.” In the opening “Kundalini” and later in “Evocation (The Temple),” Eastern/African percussion dominates, almost hiding Moore’s voice in the mix, but it causes you to lean in, longing to hear and comprehend the wisdom at the music’s center. The natural mysticism at the heart of “Sister Moon” and “River Song,” are rooted in the deeper awareness as expressed in “Magic” and “Walking Through Walls,” but it all comes down to the self-realization that at heart each of us is “Beloved,” and from that knowledge we can see the path forward.
Patsy Moore continues to be a very special voice, one filled with tender insights and a soulful way of expressing it.
Key Tracks: “Kundalini” / “Beloved” / “Sister Moon”
Artists With Similar Fire: Joni Mitchell / Maritri Garrett / Gina Breedlove
Patsy Moore Website
Patsy Moore Facebook
– Reviewed by Brian Q. Newcomb

IDLES: Joy As An Act Of Resistance [Album Review]