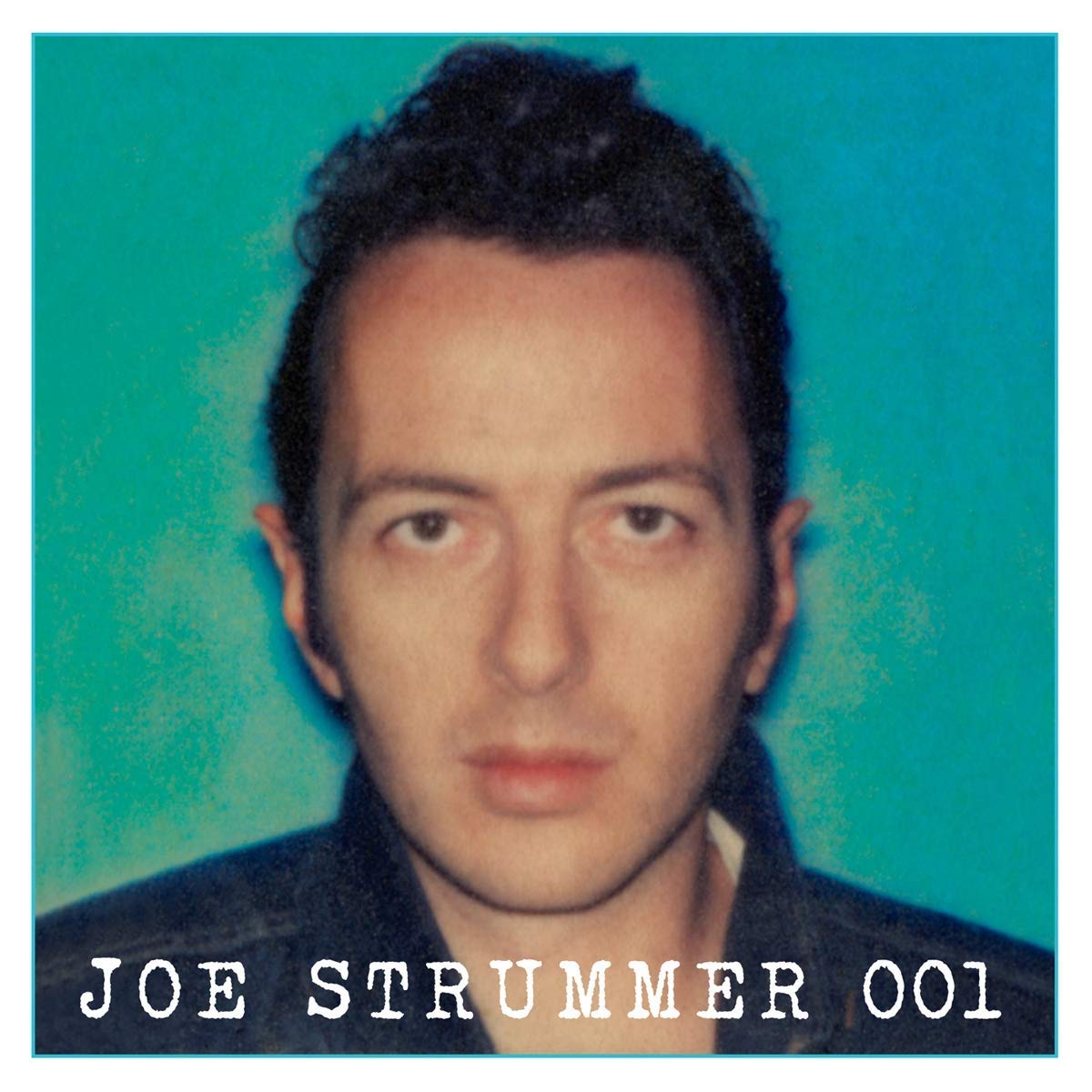 Fire Note Says: This anthology of solo work from The Clash’s Joe Strummer extends his established legacy celebrating his solo years fronting the 101ers, The Mescalerros, and his soundtrack work for films.
Album Review: If Joe Strummer had retired from music and public life when The Clash ended in 1986, or perhaps more sensibly in ’83 when his creative foil Mick Jones left the band, he would still be remembered as a monumental talent and the great, pure voice of punk. We know it was major label CBS that promoted the band as “The Only Band That Matters,” perhaps one rare moment when the music far surpasses the record company’s promotional hype, but The Clash’s output – that stunning bright light that was their ’77 eponymous debut, ‘79’s tour de force London Calling, the sprawling three-disc world music friendly Sandinista!, and even “’82’s fun, commercial breakthrough Combat Rock – speaks for itself, maintaining its independent spirit in disc’s that have been routinely recognized as some of the most important rock albums of their time, and all time.
Of course, being signed to a major label has meant that we have more compilations, box sets, and best of collections than the band ever came close to producing in its active 9 years. We have The Story of the Clash, Volume 1 (never got a Volume 2 for some reason), several collections titled The Singles, The Essential Clash, and four different box sets, including Clash on Broadway, and 5 Album Studio Set, and 8 CD collection of all but the last album, re-mastered. Mick Jones, of course, was a brief founding member of General Public, had some hits off albums by his band Big Audio Dynamite, and more recently has collaborated with Gorillaz and The Wallflowers. Joe Strummer’s work was lower profile, with several bands – the 101ers, the Mescalerros, as a brief replacement for Shane MacGowan in The Pogues – and in indie film projects by director Jim Jarmusch, and producing soundtracks for various films, including the great 80’s retro alternative music soundtrack for Grosse Pointe Blank.
The main benefit in this solo career compilation is that for longtime Clash fans, and young punks just now discovering their amazing and groundbreaking oeuvre, Joe Strummer 001 collects in one place many of his best solo outings, including a dozen previously unreleased tracks and an early Clash demo of “Czechoslovak Song/Where Is England,” which became “This Is England” on their final studio album. Both disc’s in this 2-CD 32 song collection begin with a version of a rockabilly song in the Chuck Berry tradition, “Letsgetabitarockin,” pointing to Strummer’s early roots rock influences, which show up in “It’s a Rocking World,” “Keys to Your Heart” and elsewhere. You can hear his appreciation for world music and reggae in “Afro-Cuban Be Bop,” “Ride Your Donkey,” and “Sand Paper Blues.”
An added plus is Strummer’s guest spot singing in duet with Johnny Cash on the Bob Marley classic, “Redemption Song,” made all the more a sentimental keeper now that we’ve lost both of these great voices. (BTW: In one of Henry Rollins’ spoken word monologues he pays fitting tribute to both of these great musicians and iconic figures, recalling those times he met Cash and Strummer, that’s worth seeking out.) On “Over the Border,” Strummer duets with another major talent, Jimmy Cliff, no doubt, to shine up his reggae bona fides. The second disc is a little lighter, material wise, bringing a few unreleased tracks and three songs from an unreleased film soundtrack for “When Pigs Fly,” including a song of that name.
Elsewhere, we get a sense for Strummer’s political values rooted in a commitment to working people and a distrust of authority, as well as his interest in experimenting musically, most obviously on tracks with recorded with the Mescaleros like “Yalla Yalla,” with it’s strong synthesizers, and “X-Ray Files,” but on tracks like “Coma Girl,” we here him mix and match influences creating a sound that suits his voice and the strong storytelling in his lyrics. When we lose these musical greats – I’m writing on the week of the one year anniversary of Tom Petty’s premature death, and we lost Joe at 50 – the one benefit is when their loved ones dig through their collected recordings and release music that we’d never otherwise have heard. Joe Strummer’s memory, locked down by his stunningly impactful work with Jones in The Clash, in enhanced by this well curated collection, which includes “U.S. North,” a Strummer and Jones 10-minute collaboration that was an unreleased track intended for the soundtrack for the Sid and Nancy movie.
Key Tracks: “Letsagetabitarockin” (disc one version) / “Coma Girl” / “Redemption Song” with Johnny Cash
Artists With Similar Fire: The Clash / Bad Audio Dynamite / Alejandro Escovedo
Joe Strummer Website
Ignition Records
– Reviewed by Brian Q. Newcomb